Advanced Search
Keith Whitley was an American country musician who was destined to be Nashville’s top country star. His neotraditional music was described by ‘Chicago Tribune’ as “the most soulful of all country music.” Whitley’s music was distinct from the pretentious urban country music that was apparently gaining popularity at the time. His were the tunes of a solo traveler on some long, winding country road of the southern mountains and of solitude. His was the real honky-tonk music, authentic and highly recognized among musicians at the time, especially his peers. The modern generation is familiar with Ronan Keating’s rendition of ‘When You Say Nothing At All.’ However, it is a little known fact that it was a rendition of Whitley’s original from the album ‘Don’t Close Your Eyes,’ which had topped the charts in 1988. However, just when his popularity had started soaring, Whitley died of alcohol poisoning. He was 33 at the time of his death. In her autobiography, Whitley’s wife, Lorrie Morgan, wrote, “Keith Whitley is a legend now: Extremely talented mountain man who drank himself to death.” According to her, Whitley remained unappreciated as an artist when he was still alive. His legacy may have been rewarded posthumously, but the impact of his style of country music is ubiquitous. 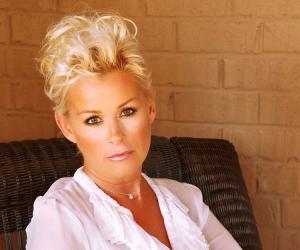 See the events in life of Keith Whitley in Chronological Order