Advanced Search
Kate Sheppard was a social activist and an important leader of the women’s suffrage movement in New Zealand. Her participation in the Women’s Christian Temperance Union and the National Council of Women has been commendable. Kate promoted women participation in the social as well as the political arena. It was due to her able leadership and exemplary writing and orating skills that made New Zealand the very first country to offer women (over 21 years) their voting rights and also initiated the first ever newspaper to be run only by women. Apart from New Zealand, Sheppard's work had a considerable impact on women's suffrage movements in many other countries around the world. Lucy Stone
DID WE MISS SOMEONE?
CLICK HERE AND TELL US
WE'LL MAKE SURE
THEY'RE HERE A.S.A.P
Quick Facts

New Zealander Celebrities
Women Activists
Pisces Women
Childhood & Early life
Kate Sheppard was born on March 10, 1847 in Liverpool, England, to Scottish couple Jemima Crawford Souter and Andrew Wilson Malcolm.
Though christened as Katherine Wilson Malcolm, she was known by the name ‘Kate’.
In 1869, Sheppard and her siblings immigrated with their mother to Christchurch, New Zealand.
Continue Reading Below
Career
Kate spent few early years of her life with her uncle who was a minister of the Free Church of Scotland as a result of which her religious inclinations began from a young age.
As a result of her membership of the Trinity Congregational Church, she was involved with temperance activities.
In 1885, she participated in the temperance movement by forming the Women’s Christian Temperance Union which gradually began promoting the issue of women’s suffrage. Her sister, Isabella May was also an active participant of the Women’s Christian Temperance Union and continuous support for Kate
Kate Sheppard’s struggle for women’s rights was broadly focused on the equality in the political arena and social reforms. She took lead on this issue and began condemning a society that promotes differences based on race, creed, and gender.
Being a very good cyclist, she also laid emphasis on physical activities and training for women. Her effort towards bringing change in the conservative dress code for women was also exemplary.
Kate’s main motive was to attain representation in the parliament so as to promote social and legislative reforms for women and children.
Kate Sheppard was appointed national superintendent of the franchise and legislation department of the Union in 1887.
While the men above the age of 21 won the right to vote in 1879, the women on the other hand failed despite trying through bills in 1878 and 1879.
The first bill pertaining to women suffrage was brought in 1887 with Kate’s support. The year 1888 saw a publication from Sheppard ‘Ten Reasons Why the Women of N.Z. Should Vote’, presented in a manner that it moved the readers.
Continue Reading Below
In 1891, the first petition filed by the Temperance Union to the Parliament earned support by John Hall, Alfred Saunders, and the Premier, John Balance. Further, two more larger petitions were presented, the one in 1893 was one of the largest carrying around 32000 signatures.
The women’s suffrage bill was finally passed thereby entitling women the full right to vote through the Electoral Act on September 19, 1893 and making Kate Sheppard the leader of the women suffrage movement.
It was in the very same year’s (1893) general election that Kate managed to register two-third of the women voters irrespective of the paucity of time and various other societal detractors, thereby making New Zealand the very country to grant women voting rights.
Kate carried forward similar campaigns in England and America too. She started a newspaper in 1895 by the name of White Ribbon in New Zealand which was solely managed by women.
Her efforts extend far beyond the political arena as she also worked for the rights of married women (regarding the control over their wealth) through the National Council of Women set up in April, 1896.
Kate Sheppard was elected as the honorary vice-president of the International Council of Women in 1909.
She worked on political reforms related to proportional representation, veto legislation, non-party affiliation, and election of cabinet by parliament members and many such issues.
Awards & Achievements
To commemorate Sheppard’s contribution towards women’s rights, a memorial was raised in her honor in Christchurch.
Her residence, the Fendalton house in 83, Clyde Road, which saw numerous women Suffrage activities, is registered as a Category I heritage building by the New Zealand Historic Places Trust and popularly known as the Kate Sheppard House.
Continue Reading Below
A number of houses in schools of New Zealand have been named after her like Christchurch South Intermediate, Cashmere High School, Christchurch Girls' High School, and Rangiora High School.
Her image also appears on New Zealand’s ten dollar note.
To commemorate 100 years for New Zealand women’s right to vote, the Kate Sheppard Memorial was built on september 19, 1993.
'O Temperance' is a play about Sheppard and the Temperance movement, written by Mervyn Thompson, and it was first performed at the Christchurch Court Theatre in 1972.
Kate Sheppard Place, a street in Wellington's parliament precinct is named after her. There is a Kate Sheppard Avenue in the Auckland suburb of Northcross as well.
Personal Life & Legacy
Several years after her father’s death, Kate’s family shifted to New Zealand.
At the age of 24, she got married to Walter Allen Sheppard, a wealthy general merchant on 21 July 1871.
Her husband was 12 years older to her and also a Councilor in Christchurch City during 1868. The couple was blessed with a son in 1880, who they named Douglas.
Kate always had a soft corner for the needy. It was her sense of justice that eventually helped her get rid of the differential treatment for women and children in the society.
Her only son passed away in 1910 after which her husband also passed away on July 24, 1915 in Bath, England, leaving her with her only grandchild, Margaret Isobel Sheppard who also died in 1930.
Ten years after her husband’s death, Kate re-married at the age of 78 in 1925. Her second husband, William Sidney Lovell-Smith was an old acquaintance and also a supporter of women’s suffrage. He passed away four years post their marriage.
Kate passed away on July 13, 1934 at her residence in Riccarton, Christchurch, New Zealand. She was cremated at Addington cemetery with her mother, a brother and a sister.

See the events in life of Kate Sheppard in Chronological Order 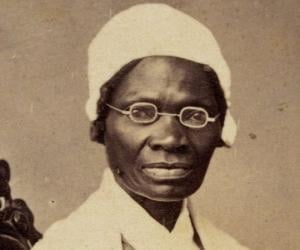 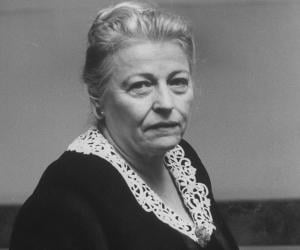