Kai Lawrence, also known as Kai the Hatchet-Wielding Hitchhiker, is a Canadian hitchhiker who shot to fame in 2013 when a YouTube video featuring him went viral on the internet. In the video, Lawrence explains how he used his hatchet to save a woman from an attacker. Posted by a reporter from a news station in Fresno, California, the video went on to gather millions of views, making Lawrence an overnight sensation. Later in 2013, Kai Lawrence was arrested on murder charges when an American attorney Joseph Galfy Jr. was found beaten to death. During the trial, which began on April 1, 2019, Lawrence was found guilty of first-degree murder. He currently faces life imprisonment in prison at Pennsylvania. 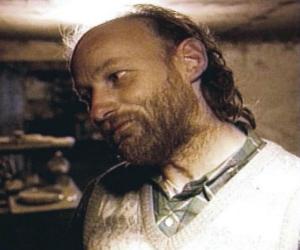 Leon Czolgosz
Murderers #153
Criminals #501
3rd September In History
DID WE MISS SOMEONE?
CLICK HERE AND TELL US
WE'LL MAKE SURE
THEY'RE HERE A.S.A.P
Quick Facts

Canadian People
Virgo Criminals
Male Murderers
Male Criminals
Canadian Murderers
Childhood & Early Life
Kai Lawrence was born Caleb Lawrence McGillvary on September 3, 1988, in Edmonton, Canada. He was raised along with his brother Josh. Lawrence had a troubled childhood as his parents got divorced when he was just eight years old. Though his father, Gil McGillvary, lost legal custody over Lawrence, he often visited him and took him to air shows among other interesting places. He spent his childhood go-carting and checking out motorcycles along with his brother and father. He grew up into an adventurer and would often get into trouble because of his mischievousness. He developed a passion for music and continued to pursue music throughout his life as a hitchhiker.
You May Like

The Hottest Male Celebrities With The Best Abs
Rise to Fame
Kai Lawrence became a YouTube sensation when a video featuring him went viral. In the video, Lawrence talks about how he rescued a woman. According to Lawrence, he got into a car with a man named Jett McBride who claimed to be Jesus Christ. While driving his car, McBride crashes into a pedestrian which prompts Lawrence to get out of the car to help the pedestrian. When two women approached the accident scene, McBride gets out of his car and begins to attack one of the women. Sensing the woman may be in danger, Lawrence claims to have wielded his hatchet to save the woman by striking McBride repeatedly in the back of his head. The video, which was published on YouTube by a local reporter, went viral and Lawrence was praised by many for saving the woman’s life. Lawrence’s popularity increased when American musical quartet ‘The Gregory Brothers’ made a song based on Lawrence’s famous interview.
Murder Charges
In May 2013, Kai Lawrence was arrested on charges of murder for killing an attorney named Joseph Galfy Jr. who was found beaten to death two days after he met Kai Lawrence in Times Square, New York City, New York. Lawrence claimed that Galfy Jr. tried raping him and that he acted in self-defense. However, police claimed that Lawrence had consensual sex with Galfy Jr. and that the murder was premeditated. Despite receiving support from his fans who raised a legal fund of $1,100 in six days and filed a petition to free him, Lawrence was imprisoned in 2013. The murder trial began on April 1, 2019, and Lawrence gave an emotional testimony on the last day of the trial. The jury at a New Jersey court found him guilty and Lawrence was convicted of murder on April 24, 2019.
Family & Personal Life
Kai Lawrence’s father Gil McGillvary went on to marry another woman with whom he currently lives in Hawkesbury, Canada. Lawrence has two half-sisters and a half-brother from his father’s second marriage. Lawrence lost contact with his parents and brother after choosing to become a hitchhiker. In one of his interviews, Lawrence claimed that he doesn’t have a family.
You May Like

See the events in life of Kai Lawrence in Chronological Order