Luka Rocco Magnotta is a Canadian murderer, now serving a life sentence with no chance of parole for 25 years at Port-Cartier Prison, Quebec for his 2012 murder. Born as Eric Clinton Kirk Newman, he started his career as a stripper, a pornographic star and an escort. Eventually, he began to lead a virtual life and by the time he was 28, he started uploading darker posts, depicting violence. At the age of 30, he killed a Chinese international student and then had sex with corpse, after which he cut it into pieces, making video of the entire proceedings, which he posted online. He also sent six body parts of his victim to six different locations, after which he immediately left for Europe. He was eventually arrested from Berlin and brought back to Canada to face trial. Later he was convicted on five counts, including First-degree murder, committing an indignity to a body, criminally harassing members of Parliament, mailing obscene and indecent material, publishing obscene materials. Canadian People
Canadian Men
Leo Criminals
Male Murderers
Male Criminals
Childhood & Early Life
Luka Magnotta was born as Eric Clinton Kirk Newman on July 24, 1982, in Scarborough, Ontario. His father, Donald Newman, had mental problem since he was between 35 and 40, eventually being diagnosed as paranoid schizophrenic manic depressive in 1996.
His mother, Anna Yourkin, was possibly a germophobe, having an extreme fear of germs and an obsession with cleanliness, often locking the children out of the house. The couple divorced when Eric was in his teens.
Born eldest of his parents three children; he had one brother and one sister, identified as Mellissa Newman. Until 1998, he and his brother were homeschooled, thus leading an isolated life.
In 1998, he entered I.E. Weldon Secondary School, where he studied until 2000. His teachers and classmates remember him as vane and a target for the bullies. It is not known if he graduated from there. 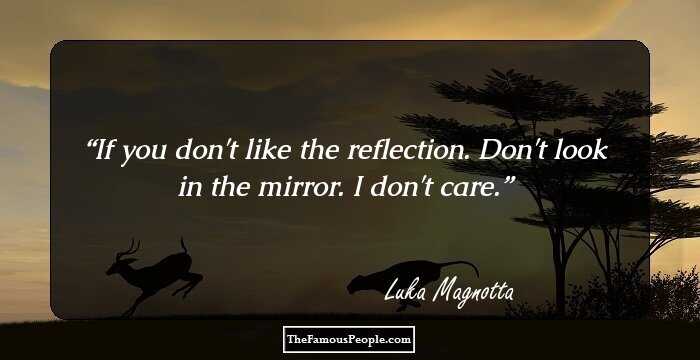 Who Is The Most Popular BTS Member?
Early Criminal Career
In 2001, Eric Newman moved to Toronto, where in 2002, he began working as a stripper at a nightclub called Remingtons. Soon he also started appearing in pornographic films; completing two such films by 2003.
Also in 2003, he befriended a 21 year old retarded woman, mentally aged between eight and twelve. He later assaulted her sexually, taking video photograph of the whole procedure. Thereafter, he convinced her to apply for a credit card and eventually accumulating $10,000 in unpaid bills.
In 2004, he was charged with fraud and sexual harassment. While the latter charge was dropped, he was tried for fraud. During the trial, his lawyer showed the court his medical report, revealing he had "significant psychiatric issues”, as a result of which, the judge let him off lightly.
In 2005, he appeared as a pin-up model in the Fab Boy page of Fab Magazine, a gay biweekly periodical from Toronto. In it, he called himself Jimmy. He also described himself as Russia-born, who hoped to become a homicide police officer.
On August 12, 2006, he legally changed his name to Luka Rocco Magnotta. He thereafter continued to appear in various pornographic films, concurrently working as an escort, using various aliases such as Vladimir Romanov and Jimmy.
Soon, he began leading a virtual life, setting up dozens of usernames, maintaining 70 Facebook pages as well as 20 websites and discussion forums, in which he planted various rumors about himself. One such rumor was that he was in relationship with Karla Homolka, a high-profile Canadian convicted murderer.
By March 2007, he had accumulated a debt of $17,000 and unable to pay he filed bankruptcy, listing "illness, lack of employment and insufficient income to pay off debts" as the cause. During this period, he unsuccessfully competed in reality shows like OUTtv's COVERguy and Slice network’s ‘Plastic Makes Perfect’. 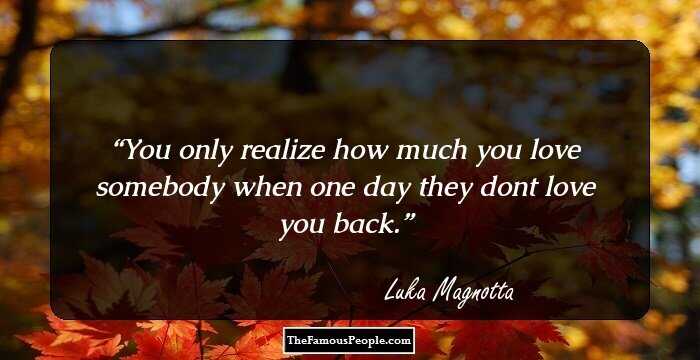 Vacuum Kitten Killer
In October 2009, he accompanied a 70-year-old man on a tour of Russia, Italy and France. Soon after that, his online postings became increasingly darker. In 2010 fall, he posted a link to a video, showing a man being viciously beaten to death, on one of his Facebook pages.
Continue Reading Below
Just before Christmas, another gruesome video began to circulate online. It depicted an unidentified man putting two kittens in a bag and then sucking out the air with a vacuum, thus suffocating them to death.
The Animal lovers were furious and they formed a Facebook group called "Find the Vacuum Kitten Killer for Great Justice." Rescue Ink, another animal protection group, posted a $5,000 reward for information leading to the arrest of the Vacuum Kitten Killer.
In January 2011, a new group of animal lovers began to suspect that it was Magnotta, who was behind the kitten killing, leading to a police file being opened on him. Although Magnotta became alarmed at this, he posted two more online videos, depicting horrific killings of kittens. .
Murderer
On May 15 and 16, 2012, there were several new online postings, referring to a new video entitled, ‘1 Lunatic 1 Ice Pick’, that was soon to be posted. Those who were following the kitten-killing videos, found a pattern in this. By then, Magnotta had moved from Toronto to Montreal.
On May 25, 2012, an 11-minute video with the aforesaid title, ‘1 Lunatic 1 Ice Pick’ , was uploaded to Bestgore.com. It depicted a naked man tied to a bed frame, who was being repeatedly stabbed with an ice pick and a kitchen knife. There was also a scene involving necrophilia.
The video also showed the victim’s body being dismembered with a knife, and part of it fed to a dog. The very next day, the video was reported to the police, who confirmed it as authentic and identified that the victim to be an Asian.
On May 29, 2012, it was reported that a Chinese man called Jun Lin had gone missing. On the same day, a package containing a left foot was delivered to the Conservative Party of Canada’s national headquarters. Another parcel containing a left hand was discovered in the post office in Côte-des-Neige.
Arrest & Trial
The police got their first clue when a decomposing torso was found in a garbage pile near an apartment building at 5720 Décarie Boulevard. Footage from the building’s surveillance cameras showed a man bringing out numerous garbage bags outside. The image was similar to one captured at the post office.
The police then went into Magnotta’s blood-splattered apartment; but found it empty as he had left for Paris on May 25, 2012, using his own passport. Eventually Canada-wide arrest warrant was issued, accusing him not only of first-degree murder but also for four other counts including committing indignity to dead body.
On May 31, 2012, Interpol issued a Red Corner notice at the request of Canadian police. Eventually he was arrested on June 4, 2012 from Berlin and handed over to the Canadian authority on June 18. The initial trial began on 19th, in which he pleaded not guilty.
The trial lasted for twelve week, ten of which were spent on hearing testimony. On December 23, 2014, he was convicted of all charges and sentenced to mandatory life sentence. He will be eligible for parole only after 25 years. Presently, he is serving his term at Port-Cartier Prison, Quebec.
You May Like

See the events in life of Luka Magnotta in Chronological Order