American lawyer and politician Justin Amash represented Michigan's 3rd congressional district in the US House of Representatives from 2011 to 2021. Initially a member of the Republican Party, Amash joined the Libertarian Party in 2020. In 2021, he quit Congress, but still holds the record of being the only Libertarian Party member to be part of either house of the Congress. He worked as a corporate attorney and consultant before switching to politics. He made headlines when he became the first Republican congressman to demand the impeachment of Donald Trump. He is, in fact, known to be one of those former Republicans who opposed Trump while being part of the Republican Party. Before joining the Libertarian Party, he briefly became an independent candidate. While raising speculations about being part of the Libertarian Party presidential nomination in 2020, he withdrew his name from the nomination in May that year. A father of three, he lives with his wife, Kara, in Cascade Charter Township. Justin Amash was born to Arab Christian immigrant parents on April 18, 1980, in Grand Rapids, Michigan. The second-born child of his parents, he has two brothers. His father, Attallah Amash, and his family, were forced to move out of their home in Ramla during the 1948 Arab–Israeli War and eventually moved to the US in 1956.

Amash also bagged a Juris Doctor degree in 2005, from the University of Michigan Law School. He began his legal career with Varnum LLP and then worked as a consultant business lawyer with Michigan Industrial Tools Inc., a firm founded by his father.

In March 2012, he became one of two Republicans, the other being Tim Huelskamp, who voted against the budget plan proposed by Paul Ryan in the House Budget Committee. They stated that the plan, according to them, did not cut the budget. In December 2012, it was announced that both representatives will not be associated with the House Budget Committee in the 113th Congress.

Between 2015 and 2016, he was associated with the Oversight and Government Reform Committee and the Subcommittee on Transportation and Public Assets.

From 2017 to 2018, he worked with the Committee on Oversight and Government Reform, while working with the 115th Congress.

Between 2019 and 2020, at the beginning of the 116th Congress, Justin Amash worked with the Oversight and Government Reform Committee. He was made part of the committee in 2011 but resigned on July 8, 2019. Following his resignation, he was left with no US House committee assignments. He was also a founding member of the Freedom Caucus, the Liberty Caucus, and the Second Amendment Caucus.

Justin Amash is known for his dependence on Facebook and other social media platforms for explaining his work, thus ensuring transparency and accountability to his voters. He has often criticized government overspending, especially military spending, and considers it a major threat to the economic health and national security of the US. He is also against government funding for abortions.

He is also known for his defense of civil liberties in the US and has often criticized unconstitutional methods and acts, such as mass collection of all phone records, indefinite detention rules in the National Defense Authorization Act (NDAA), and the American Cyber Intelligence Sharing and Protection Act (CISPA).

He has supported cannabis law reforms. He has, however, been against the Environmental Protection Agency and has stated that he finds its environmental laws too restrictive. In 2017, he voted in favor of repealing Obamacare. He has also been against discrimination based on sexual orientation and gender identity. In fact, he once stated he would fight for transgender rights, if he was ever elected president.

In-spite of being a Republican, he is known for his marked opposition to former US President Donald Trump. On October 31, 2019, he became the only non-Democrat in the US House who voted favor of an impeachment inquiry against Trump, with respect to the Trump-Ukraine scandal. In 2017, Amash opposed Trump's executive order of banning citizens of seven Muslim-majority countries.

Justin Amash met his wife Kara Day when they attended high school together. The couple got married soon after graduating from college.

They live in Cascade Charter Township. Kara is a graduate from Calvin College and has been an elementary school teacher before. The couple has three children: a son and two daughters.

Justin Amash has apparently donated to and helped with the campaigns of Ron Paul and John McCain.

See the events in life of Justin Amash in Chronological Order 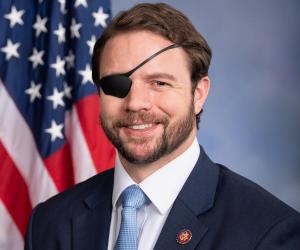 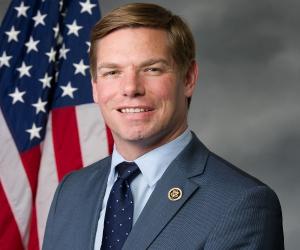 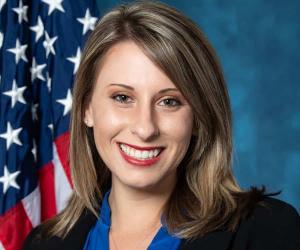