Advanced Search
Maharaja Jung Bahadur Rana was Prime Minister and virtual ruler of Nepal for approximately more than three decades between 1846 and 1877. He was a courageous man and was able to successfully overthrow his rivals, and subsequently reinforce his command in the administrative, judicial and civil affairs of the country. During his time he strived to maintain cordial relations with foreign nations in Europe and was known to have made trips to Britain and France. He also strived to bring reforms by promoting modernization, revising judicial customs and working towards the abolishment of various social evils like ‘Sati’. Approximately a decade after his term as Prime Minister of Nepal, he was made the King of the districts Kaski and Lamjung. During his period of service, he established and strengthened the ‘Rana Dynasty’, which continued to rule Nepal until 1951. Girija Prasad K...
DID WE MISS SOMEONE?
CLICK HERE AND TELL US
WE'LL MAKE SURE
THEY'RE HERE A.S.A.P
Quick Facts

Nepalese People
Gemini Leaders
Nepalese Leaders
Gemini Men
Childhood & Early Life
Jung Bahadur Rana was born Bala Narsingh Kunwar on 18 June 1816. His father, Bal Narsingh Kunwar was the personal bodyguard of King Rana Bahadur Shah, and was awarded the post of ‘Kaji’. His mother, Ganesh Kumari, was closely related to the respected Thapa family. The influential position of his parents allowed him to enter the royal court at a young age.
At the age of sixteen, Jung Bahadur Rana joined the military, when Nepal was under the leadership of his maternal grandfather Bhimsen Thapa. However, with the loss of power of Bhimsen Thapa, he lost his job as well as property.
Following this event, he went on a journey spanning north India for a few years and returned to Nepal in 1840.
Continue Reading Below
Later Life
In 1840, upon his return to Nepal, he was made captain in artillery. The following year he was offered a post as the personal bodyguard of the King and in 1842, took up the position of Kaji in the palace.
In 1946, he obtained control over the government after killing a usurper, Gagan Singh, who had plotted with the queen to elevate himself as Prime Minister and make the queen’s son as the King, by assassinating Jung Bahadur Rana. The plot was exposed and Jung Bahadur Rana exiled the King and Queen. He was then given the post of prime minister for life.
By 1850, he had eliminated his major enemies and established control over important administrative matters. His family and close ones were appointed in pivotal positions at the royal court. Between 1850 and 1851, he visited England and France. He was known to have had good relations with the British throughout his life.
Jung Bahadur Rana in an attempt to revise the old penal code, advised his officials to amend the nation’s then existing legal system into a unified body of laws that included procedures and frameworks for understanding and acting in the event of various civil and criminal matters. In 1854, the ‘Muluki Ain’ was completed and included matters like revenue, land, caste disputes, marriage and family law.
He was a skillful diplomat and this helped Nepal to stay independent even while India was under the control of the British during his time. At the time of the Indian Mutiny in 1857-1858, he supported the British army with a battalion of Gurkha soldiers.
He worked towards the modernization of the country and was highly influenced by European architecture and sense of fashion. Jung Bahadur Rana tried to bring about reform in Nepal by improving administration. He strived to abolish the custom of ‘Sati’, self-immolation of wives at the husband’s pyre.
In 1856, a special decree granted complete authority in all judicial, administrative, civil affairs as well as foreign relations to him, as Prime minister. Additionally, he was made the King or ‘Maharaja’ of Kaski and Lamjung districts.
In 1858, he was bestowed the honorary title ‘Rana’ by King Surendra. The prime ministers who descended from his family later added his name to theirs and his family went to be known as ‘the house of Ranas’.
Upon being given the position of Prime Minister for life, he felt it was his duty that the state should be succeeded by an able adult and thus he created the order of succession in a way that is not passed from father to son but between brothers within the family. In the second generation it would be passed among the sons of his brothers as per the age in a similar manner.
Continue Reading Below
He remained Prime minister until 1877 and had supreme authority over all matters of the state. After his death, he was succeeded by his brother Rana Utdip Singh.
Major Works
Jung Bahadur Rana had made several contributions for the well-being of the nation. His most significant works include the creation of the ‘Muluki Ain’, and his efforts to bring in modernization along with improving ties with foreign nations like Britain.
Awards & Achievements
In 1851 he received the Sword of Honour from Napoleon III.
He received the India General Service Medal in 1854.
In 1858, he was presented with the Knight Grand Cross of the Order of the Bath (GCB) by King George I. The same year he was awarded the Indian Mutiny Medal.
He was given the Knight Grand Commander of the Order of the Star of India in 1873, which was founded by Queen Victoria.
In 1876, he was awarded the Prince of Wales' Medal.
Personal Life & Legacy
In 1853, Jung Bahadur Rana married Bada Maharani Hiranya Garva, who was the daughter of chief minister Fateh Jung Shah. They had four daughters who were married to royal princes. She also brought up Jung Bahadur Rana’s infant son Padma Jung, as the mother passed away during birth in 1857.
He was known to have had at least 13 wives and numerous mistresses. Among his wives were Ganga Maharani who was a princess from Coorg, daughter of Rana Shere Shah who was called Ramri Maharani, a Magar girl named Mina Rani, and yet another wife called Misri Maharani.
In 1877, he set out to hunt with three senior wives and two junior wives. However, he fell ill and died on 25th February 1877 on the banks of river Bagmati in Pattharghatta. His senior wives Bada Maharani Hiranya Garva Kumari, Antaree Maharani and Ramri Maharani committed Sati, while the young wives were persuaded to stay back and take care of their children.
Trivia
A Nepali movie titled ‘Seto Bagh’ was inspired by the life of Jung Bahadur. The movie was based on a novel of similar title by Diamond Shumsher Rana. 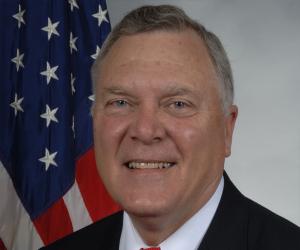