Joseph Addison was a distinguished 18th century English poet, author, playwright, politician and classical scholar. He is recognised as one of the finest periodical essayists, who along with his friend, Richard Steele founded the daily journal, ‘The Spectator’. ‘The Spectator’ became a popular and well-read publication of that time. He contributed over 274 essays for ‘The Spectator’ and also wrote essays for the publication, ‘The Tatler’. He wrote the legendary play, ‘Cato, a Tragedy’, which is believed to be the literary inspiration behind the American Revolution. He has also authored, ‘Account Of The Greatest English Poets’,‘The Campaign’, ‘Dialogue on Medals’ and the unsuccessful opera libretto ‘Rosamund’. He served as the Under-Secretary of State, Commissioner of Appeals in the government of the 1st Earl of Halifax, Member of Parliament, secretary to the new Lord Lieutenant of Ireland, Lord Wharton and as the Secretary of State for the Southern Department. He was known for his magnanimous character and cool personality. He also helped establish the English literary congregation, ‘Kit-Cat Club’, which had powerful political connections. Robert Greene
Poets #283
Playwrights #170
Essayists #31
DID WE MISS SOMEONE?
CLICK HERE AND TELL US
WE'LL MAKE SURE
THEY'RE HERE A.S.A.P
Quick Facts

British People
Essayists
Playwrights
British Men
The University of Oxford
Childhood & Early Life
Joseph Addison was born in Milston, Wiltshire, to Reverend Lancelot Addison, who was made the Dean of Lichfield after his birth. Soon the family moved into the cathedral close.
He attended the Charterhouse School, a boarding school in Godalming, Surrey, where he met his future business partner, Richard Steele. He later attended The Queen's College, Oxford, and was proficient in Latin verse.
In 1693, he graduated from Magdalen College and that year he addressed a poem to John Dryden, an English poet and literary critic. The following year, he published ‘Account of the Greatest English Poets’ and also translated Virgil's ‘Georgics’.
In 1699, he received a pension of �300, after Dryden, Lord Somers and Charles Montagu, 1st Earl of Halifax, became interested in his work. On pension, he travelled Europe with view to diplomatic employment.
In 1702, he lost his pension upon the death of William III as his influential contacts had lost their job. He returned to England the following year. 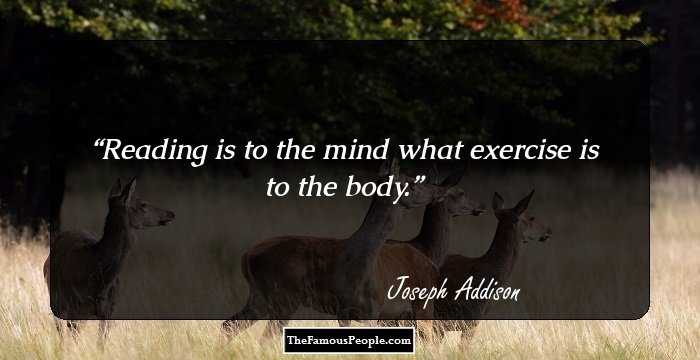 The Best Black Actresses Of All Time
Career
After he returned to England in 1703, he was unemployed for over a year. Later, the government appointed him to write a commemorative poem and he consequently authored, ‘The Campaign’.
The popularity of the poem, ‘The Campaign’ immediately gained him an appointment as a Commissioner of Appeals in the government of the 1st Earl of Halifax, Charles Montagu. He later wrote a literary piece on his travels to Italy and the opera libretto ‘Rosamund’.
In 1705, he was appointed as the Under-Secretary of State. The same year he also went on a mission to Hanover with Charles Montagu 1st Earl of Halifax.
In 1707, his opera libretto ‘Rosamund’ failed to earn good reviews and had an unsuccessful premiere in London.
From 1708 to 1709, he served as the Member of Parliament for the rotten borough, a small electorate within the Unreformed House of Commons, in Lostwithiel.
In 1709, Irish writer and politician, Richard Steele came out with the British journal, 'Tatler'. He became a regular contributor for this literary and society journal.
He helped establish the ‘Kit-Cat Club’, which was an English literary club in London. The club had strong political connections and its first meeting was held at a tavern in Shire Lane.
He was later appointed as the secretary to the new Lord Lieutenant of Ireland, Lord Wharton, and Keeper of the Records of Ireland. He also became the Member of Parliament in the Irish House of Commons.
From 1710, he represented Malmesbury, parliamentary borough in Wiltshire, which was also his home country. He served in this position until his death.
Continue Reading Below
In 1711, along with Irish writer and politician, Richard Steele, he co-founded the daily publication, ‘The Spectator’. The first issue of the publication appeared on March, 1, 1711.
In 1712, he finished writing the play, ‘Cato, a Tragedy’. The play premiered the following year and became an immediate success. He later wrote the play, ‘The Drummer’, a comedy.
From 1717 to 1718, he was employed as the Secretary of State for the Southern Department. In 1718, he resigned from the position due to poor health. He also authored the ‘Dialogue on Medals’ and ‘Evidences of Christianity’, which is an incomplete work. 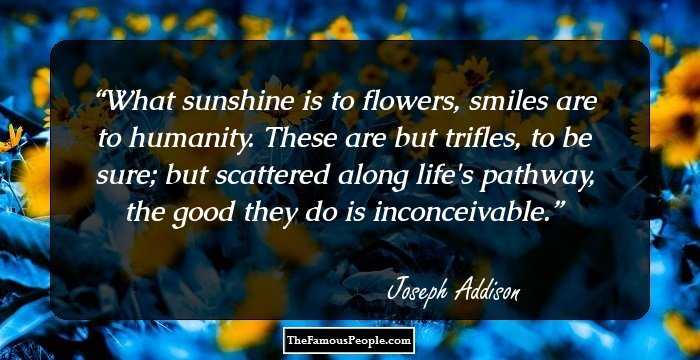 Major Works
The play, ‘Cato, a Tragedy’ was his seminal work and enjoyed success all over England, the New World and Ireland. The play is widely regarded as a literary inspiration behind the American Revolution.
He co-founded the daily ‘The Spectator’, which at that time was a well received and popular publication. An estimated one tenth of the population read the paper making it the most read publication.
Personal Life & Legacy
In 1716, he married Dowager Countess of Warwick.
He died at the age of 48 at the Holland House, London. He was laid to rest at the Westminster Abbey, City of Westminster in London.
In March 1796, a town in upstate New York, Middletown, NY, was renamed Addison, NY.
In 2005, after the death of Albin Schram, an Austrian banker and collector, many letters of historical figures were found. One of Addison’s letters was also found. 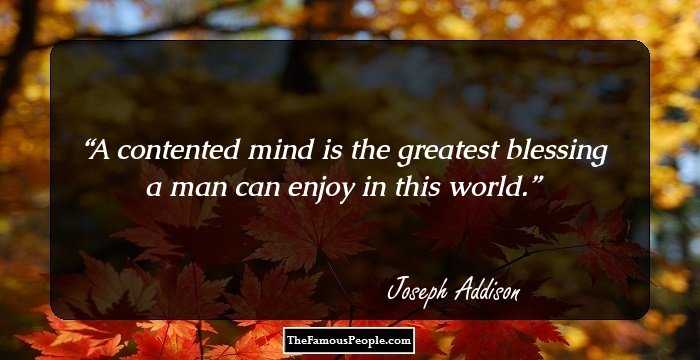 Trivia
This famous essayist and politician of the early 18th century, founded the magazine ‘The Spectator’, along with Richard Steele.
Recommended Lists:
Writers #768
You May Like

Quotes By Joseph Addison | Quote Of The Day | Top 100 Quotes

See the events in life of Joseph Addison in Chronological Order