Robert Greene is an American author and public speaker, best known for his books on strategy, power, and seduction. His bestseller books include ‘The 48 Laws of Power,’ ‘The Art of Seduction,’ and ‘Mastery.’ Born and raised in a middle-class Jew family of California, he studied at the ‘University of California’ and ‘University of Wisconsin’ to obtain a degree in classical studies. From menial work to working as a writer in Hollywood, he did various jobs. A meeting with book-packager Joost Elffers led to the publication of his first book, which proved a bestseller. His books are known for apt quotations. His writing commands a wide array of followers ranging from businessmen, prison inmates, war historians to musicians of show-business. However, his writing has also drawn criticism for being Machiavellian and unethical. After achieving success, he has worked as a consultant to many influential people in business and arts, but at the same time, he has also refused a lot of consultancy work, because only people with fascinating life stories interest him. Alex Garland
Novelists #262
Playwrights #105
Public Speakers #32
DID WE MISS SOMEONE?
CLICK HERE AND TELL US
WE'LL MAKE SURE
THEY'RE HERE A.S.A.P
Quick Facts

American People
British People
Public Speakers
Playwrights
American Men
British Men
Childhood & Early Life
Robert Greene was born on May 14, 1959, in Los Angeles, California, in a Jew family. His father was a salesman of cleaning supplies and his mother was a housewife with artistic inclinations. He had a modest and middle-class upbringing.
Greene attended the ‘University of California’ at Berkley and later, studied at the ‘University of Wisconsin’ at Madison, from where he graduated with a BA in classical studies. After completing his education, he travelled across Europe and did several jobs. From the menial job of a construction worker to a translator, he has done nearly 80 jobs in different cities, such as London, Paris and Barcelona. He has knowledge of many languages. He has worked as the editor of ‘Esquire’ magazine, and as an editor-writer of other magazines. He has also worked as a story writer in Hollywood. 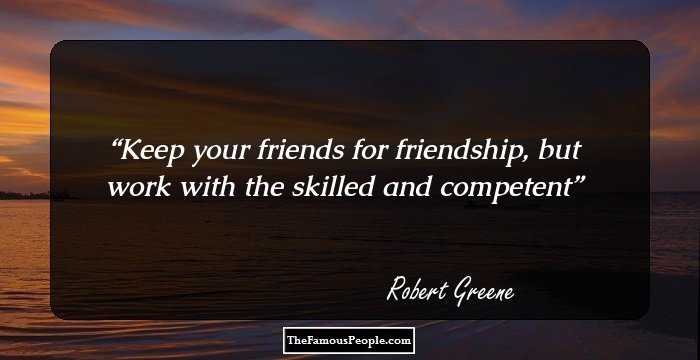 The Best Black Actresses Of All Time
Career as a Successful Writer
In 1995, Greene was in Italy, working as a writer with the team that planned and created the art school ‘Fabrica,’ outside Venice. During this job, he met New York book packager Joost Elffers and shared his idea about ‘power,’ which was published as the book ‘The 48 Laws of Power,’ published in 1998. This international bestseller sold over 1.2million copies in the USA and was translated into24 languages.
‘The 48 Laws of Power’ offers strategies about power maneuvering. The chapters are drawn from the lives of prominent historical people and tacticians, including Sun Tzu, Queen Elizabeth I, Niccolò Machiavelli, Haile Selassie, Henry Kissinger, Carl von Clausewitz, and P.T. Barnum among others.
The book gained popularity among various classes of people, ranging from prison inmates to celebrities. Several famous people who claimed to follow this book include ‘American Apparel’ founder Dov Charney, film-TV producer Brian Grazer, actor Will Smith, basketball players Andrew Bynum and Christopher Bosh. As a number of rappers, including Jay Z, Drake, and 50 Cent admired his book, it prompted ‘New Yorker’ to nickname Greene as the ‘Hip-hop’s Machiavelli.’
His bestseller, however, also drew criticism, because it depicted the world as a place full of treachery and mind games. The book also let to controversies, as it was dubbed devious, unethical, and unscrupulous, an ‘a psychopath’s Bible.’ Greene, however, refutes all allegations saying that he has written about a reality that was not described in any other book.
The laws mentioned in the book, such as ‘Law 14’ – Pose as a friend, work as a spy’ - created an impression that the book taught treason and deceit. However, Greene stated that people might feel these laws are wicked, but they are regularly practiced by businessmen. ‘The 48 Laws of Power’ and ‘The 33 Strategies of War’ are banned in a number of American prisons.
In 2001, Greene brought out his second book, ‘The Art of Seduction.’ The international bestseller categorizes types of seductions as well as explains aspects of seduction. The author has written about historical figures, such as Cleopatra, Giacomo Casanova, Duke Ellington, and John F. Kennedy, as examples to detail his theory about the power of seduction, and how to turn it into an asset.
Greene’s third book, ‘The 33 Strategies of War,’ was published in 2006. Inspired by various historical happenings, he has discussed the various historical campaigns that culminated in victory. The book gives guidelines on how to use military war principals in the elusive social games of everyday life. The strategies used by well-known military geniuses such as Napoleon Bonaparte, Sun Tzu, and Alexander the Great are given as examples. ‘The Sunday Times’ called it ‘an excellent toolkit for dealing with business and relationship.’
In 2009, Greene published his fourth book, ‘The 50th Law,’ which was written in collaboration with rapper ‘50 cent.’ The book deals with strategy and fearlessness and is a semi-autobiographical book about 50 Cent’s life, citing various anecdotes from his journey as a musician. On its publication, the book was at number 5 on ‘The New York Times’ bestseller list.’
His fifth book, ‘Mastery,’ which was published on November 13, 2012, deals with masters and their traits and universal elements which made them masters. After researching ‘power’ for 10 years, and after reading biographies of high achievers in all fields from different periods of time, Greene realized that they shared certain common traits and a specific way of thinking. According to him, the masters looked at any problem with a novel perspective. After further research, he shared this process that could give rise to superior vision and intelligence, and could benefit anyone in their career/work. He has cited examples from the lives of Thomas Edison, The Wright Brothers, Mozart, Charles Darwin, Benjamin Franklin and several other masters. The book was at number 6 position on ‘The New York Times’ bestseller list.
After a gap of 6 years, he published ‘The Laws of Human Nature,’ in October 2018. The book is about understanding people’s drives and motivations, which they themselves may not be consciously aware of. According to Greene, this book is the culmination of his study of power, psychology and history. The author gives examples of Queen Elizabeth I, Martin Luther King Jr., Pericles and others to explain how to gain self-control by detaching ourselves from our own emotions. It explains ways to look behind the masks people wear, to understand their motives. 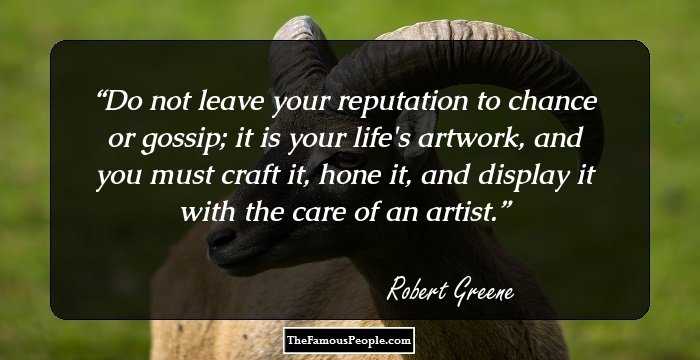 Quotes: You
Family & Personal Life
Greene lives with his partner, Anna Biller, in Los Angeles. She is an independent filmmaker
He is a follower of Zen Buddhism and meditates regularly. He enjoys swimming, hiking in the hills and also loves mountain biking.
In 2018, before the release of his book ‘The Laws of Human Nature,’ Greene suffered a stroke due to a clot in his neck.
Recommended Lists:
Writers #901
Miscellaneous #1030
You May Like

Quotes By Robert Greene | Quote Of The Day | Top 100 Quotes

See the events in life of Robert Greene in Chronological Order 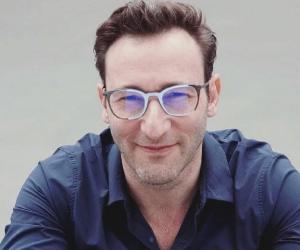