A football enthusiast from a young age, Joe Montana, started his career as a footballer in school and had already embarked upon a successful career. After a winning streak at ‘Notre Dame,’ he was selected by the ‘San Francisco 49ers’ in the third round of the ‘National Football League (NFL) Draft’. While at the NFL, he had a stellar career with the ‘49ers’ and ‘Kansas City Chiefs’. A pro at making comebacks in the late games, he directed his teams efficiently and led to their wins, leading an illustrious career as a footballer. The uncanny talent to revive his team from an apparent defeat, time and again, won him the title ‘Montana Magic’. He proved his mettle and won the NFL’s passing title twice and he also topped the NFC passing five times. Known for breaking records, he also passed six 300-yards making another record post-season. Among the many records he also became the only player to enter the Super Bowl thrice and won several awards which honoured his unbeatable performances. A true sportsman at heart, Montana has shown time and again that he plays to win and even lives his life the same way. American People
American Men
University Of Notre Dame
Tall Celebrities
Tall Male Celebrities
Childhood & Early Life
Born in Pennsylvania on June 11, 1956, Montana’s parents were Joseph Clifford Montana, Sr. and Theresa Marie Bavuso Montana.
He attended ‘Waverly Elementary School’ for his primary education and then attended ‘Finleyville Junior High’ and ‘Ringgold High School’ for his secondary education. At ‘Ringgold’ he played Basketball and also helped his school win in 1973.
In his senior year he received a basketball scholarship offer from ‘North Carolina State’ based on his excellent basketball skills.
After several ground-breaking performances in the high school football team, he got noticed by ‘Notre Dame’ and was eventually offered a scholarship which he accepted. 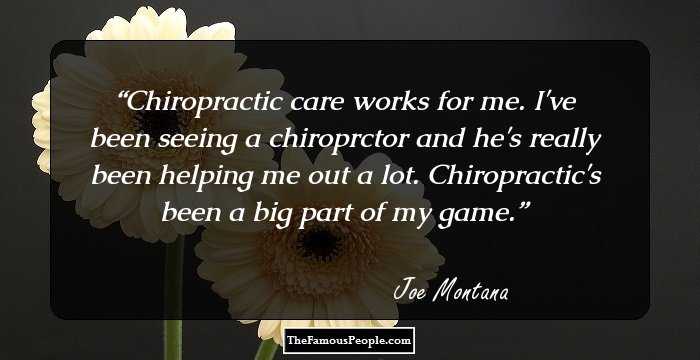 Continue Reading Below
Career
In 1974, Montana was a freshman at ‘Notre Dame’ and played in the freshman team games. In the sophomore year of college he made an important contribution to the team.
In 1975, this talented player impressed Dan Devine by scoring a victory over North Carolina.

After injuring his shoulder the next year, Montana began the 1977 season by not playing the initial two games and then finally appearing in the game against Purdue. He was then made the first quarterback with the team winning the remaining games of the season.

In 1978, he played a key role in the team’s win against the Pitt Panthers. Next year he gave his most memorable performance against Houston. The memories of the game were adapted in the film ‘Seven and a Half Minutes to Destiny’.
After a successful tryst at ‘Notre Dame’, he graduated from the university with a degree in business administration and marketing.
In 1979, he was selected to the ‘NFL Draft’ by the ‘San Francisco 49ers’ with the 82nd overall pick. He appeared for all the 16 games for the season this year.
The following year though the ‘San Francisco 49ers’ scored some losses, Montana passed for 1,795 yards and 15 touchdown passes.
By 1981, Montana had established his force along with coach Bill Wash. He led the team to win the ‘National Football Conference’ championship game with their old enemy, the Dallas Cowboys.
The same year in ‘Super Bowl XVI’, the team faced ‘Cincinnati Bengals’ and the skilled quarterback again gave an impressive performance helping the team to win the game.
Continue Reading Below
After a few wins, Montana had his second consecutive ‘Pro Ball’ trip in 1984 defeating the ‘New York Giants’ and the ‘Chicago Bears’. This year the team faced ‘Dolphins’ in ‘Super Bowl XIX’ and established the record for most yards passing in a single game.
In 1985, the team suffered a defeat, in the ‘NFC Wild Card’ game, at the hands of ‘New York Giants’. The next year he suffered an injury and underwent surgery. However, in the game where the team faced ‘St. Louis Cardinals’, he made a powerful comeback.
In 1987, he reached a high point of his career with 31 touchdown passes in just 13 games. This year he also achieved a personal and professional milestone when he set the NFL record by passing 3054 yards without an incomplete pass.
In 1988, he again played in the starting position at the ‘NFC Western Division’ title. The team had another opportunity at the ‘Super Bowl XXIII’ when they defeated the ‘Minnesota Vikings’ and the ‘Chicago Bears’ in the playoffs and this was a memorable year for Montana.
After a becoming the first player to win ‘Super Bowl’ honours three times in ‘Super Bowl XXIV’, the following year he led the ‘49ers’ to a great season.
In 1991-1992, he could not play much due to his elbow injury and eventually stepped out of the ‘49ers’ team.
In 1993, he was traded to ‘Kansas City Chiefs’ with a contract for three years. However, in this season his performances were plagued by injuries
In 1994, though he made a comeback after recovering from the injuries he played for just two games. The following year in April, he announced his retirement. 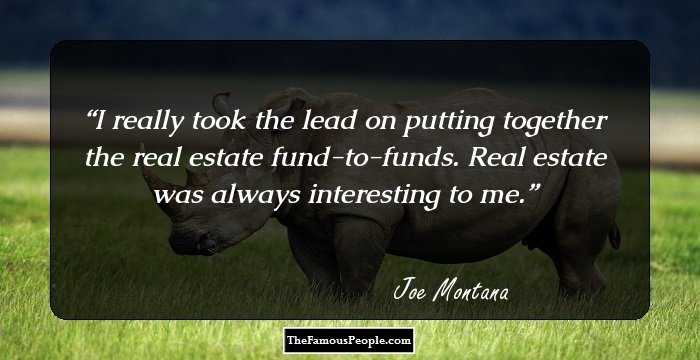 His third marriage was with actress Jennifer Wallace in 1985. The couple have four children: Alexandra Whitney, Elizabeth Jean, Nathaniel "Nate" Joseph and Nicholas Alexander and are still married 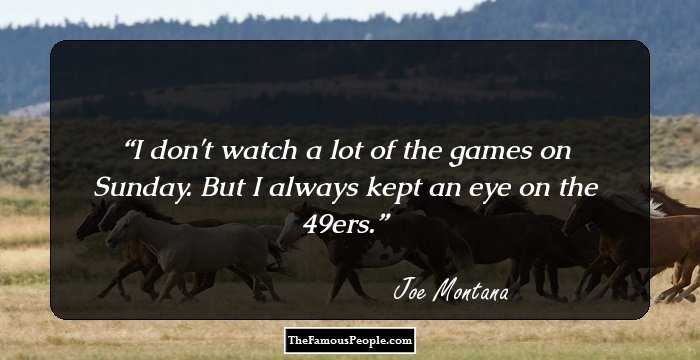 Quotes By Joe Montana | Quote Of The Day | Top 100 Quotes

See the events in life of Joe Montana in Chronological Order