(Best Known for His Roles in the Films: 'Salvador' and 'Ghosts of Mississippi')

Born in Utah, James Howard Woods grew up in Rhode Island and graduated from high school, being among the toppers of his class. He earned himself a scholarship to ‘Massachusetts Institute of Technology’, only to quit in the sophomore year and pursue his passion for acting. Theatre was his place at first, before he broke off into films, and soon the silver screen became his arena for showcasing his talent. His first film was ‘All the Way Home’, after which he got some scanty roles as a supporting actor. However, it was his performance of a ruthless cop-killer in the film ‘The Onion Field’ which shot him to fame. Soon he went on to become the toast of movie goers, as a string of offers for portraying intense characters followed. His talent was not restricted to playing negative roles alone. He also accomplished impressive voice-overs for animation series as well as played a few memorable roles as the good guy. No wonder, top directors like Martin Scorsese, Clint Eastwood and Rob Reiner went back to him with more projects. With an Oscar nomination, and several awards including the ‘Emmy’ and the ‘Golden Globe’, Woods has firmly carved a niche for himself in the annals of cinema with his outstanding talent. American People
T V & Movie Producers
American Men
Utah Actors
Massachusetts Institute Of Technology (MIT)
Childhood & Early Life
James Woods was born to Gail Peyton Woods, an Army Intelligence Officer, and Martha Woods. His father passed away following a surgery, when James was barely a teenager.
He grew up in Warwick, Rhode Island, where he went to Pilgrim High School and graduated with top performance. He is rumored to have obtained a perfect SAT score of 800 in the verbal section and 779 in the Math section.
His brilliant academic potential was reflected in the fact that he was nominated for the ‘United States Air Force Academy’ and earned scholarships from ‘Tufts University’ as well as ‘John Hopkins University’. But he ultimately chose to major in Political Science from ‘Massachusetts Institute of Technology’.
While at ‘MIT’, he got involved with the ‘Theta Delta Chi Fraternity’ which strives to improve intellectual, moral and social well-being through friendship. He also joined ‘Dramashop’, a student theatre club, in which he participated in plays and also directed a few.
It was in his sophomore year that he realized his true passion for acting. He decided to quit university and went to New York City, with hopes to make it big in the acting field. 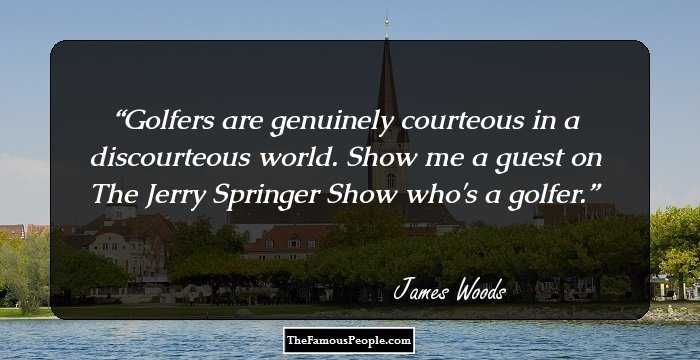 Continue Reading Below
Career
James Woods did several plays before he could debut at the ‘Broadway’. He acted in the US production ‘Borstal Boy’ in Lyceum Theatre, Manhattan, New York.
He pursued a career in theatre for four years, after which he got his break in films with a role in ‘All the Way Home’ in the year 1971. A few minuscule supporting roles followed, and this went on for a few years.
It was in the year 1979 that he was finally recognized for his role as the sadistic cop-killer in the film, ‘The Onion Field’, based on a novel by ‘Joseph Wambaugh’. This was followed by another Wambaugh adaptation, ‘Black Marble’, in the next year.
In 1983, he acted in the film called ‘Videodrome’ in which he played an unstable cable television owner. The very next year, he grabbed the role of gangster Max Berkovicz in the famous film ‘Once Upon a Time in America’.
It was in 1986 that James Woods got nominated for the Academy Award for his unforgettable performance in the film ‘Salvador’. He acted as photo-journalist Richard Boyle who chronicled the Salvadorian Civil War.
The upward swing in his career continued well into the early nineties, as he took up more and more intense characters. Adulation came his way for his outstanding role as Roy Kohn in television production ‘Citizen Kohn’ in 1992.
In 1995, came his memorable performance as hustler Lester Diamond along with Sharon Stone in the film ‘Casino’ directed by Martin Scorsese, one of the greatest directors of Hollywood. In the same year, he portrayed the serial killer Carl Panzram in ‘Killer - A Journal of Murder’ and also made an impact as H.R. Haldeman in the film ‘Nixon.
He got an Academy Award nomination, in 1997, for ‘Best Supporting Actor’ in the film ‘Ghosts of Mississippi’. He had donned the role of white supremacist Byron de la Beckwith which he carried out to perfection.
Being versatile, he did not want to be typecast into one category of roles, and soon began lending his voice to characters in animation films. From 1997 to 2001, he did voice-overs for popular series like ‘The Simpsons’, ‘Family Guy’, ‘Hercules’ and ‘Hooves of Fire’.
Continue Reading Below
Woods has done incredible work for television productions and films, as well. He has appeared in series like ‘Entourage’ and ‘Too Big to Fail’, winning three ‘Emmy’ awards for his outstanding performances. 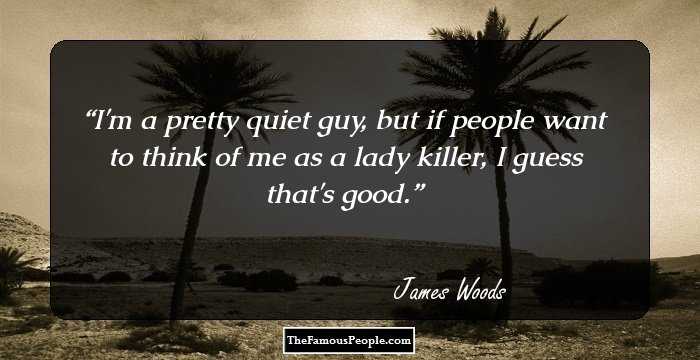 Major Works
James Woods’ best rated work has been ‘Once Upon a Time in America’ in which he plays a Jewish ghetto youth along with Robert De Niro. This classic has been ranked No.78 in the IMDB chart of top 250.
His role as Lester Diamond in the Martin Scorsese film of 1995, ‘Casino’ is about mobster friends in the glittering gaming world of Las Vegas. Woods plays his role of a pimp to perfection, creating a strong impression on the viewer.
His 2001 movie, ‘True Believer’ made such an impact that it inspired a TV series on the same lines. He plays the role of a civil rights activist, and along with Robert Downey Junior who acts as the attorney, solves cases.
Awards & Achievements
James Woods was twice nominated for the Academy Awards, one for Best Actor in the film ‘Salvador’, where he plays the role of a journalist chronicling the military dictatorship in El Salvador. The second nomination was for Best Supporting Actor in ‘Ghosts of Mississippi’, in which he plays the role of an assassin of civil rights leader, Medgar Evers.
He has won the ‘Golden Globe’ award for Best Actor Miniseries or Television Film for the series ‘Promise’, in which he plays a schizophrenic and epileptic patient. He has also won the ‘Emmy’ award three times so far.
He received the ‘Daytime Emmy Award’ for Outstanding Performer in an Animated Programme for ‘Hercules – the Animated Series’. He did the voice-over for the character Hades, the evil uncle of the Greek character Hercules. 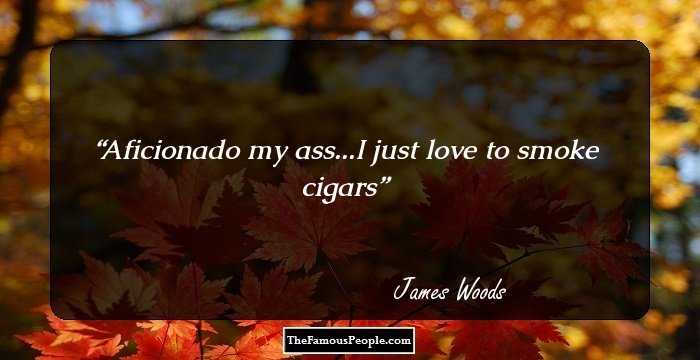 Personal Life
Woods is an active poker player, a video game addict, and a golf enthusiast. He also deals in antiques from Rhode Island, and is an excellent chef.
He married Kathryn Morrison in the year 1980, but they got divorced three years later. She was a costume designer and worked for films and popular TV series.
He married Sarah Owens, a horse trainer and 16 years his junior, in 1989. They got divorced within a year after a messy affair with dirty details making it to the tabloids.
Trivia
This ten-time ‘Golden Globe’ award nominee has claimed to have seen four suspects of the 9/11 attacks trying to hijack the plane he was travelling in. He has claimed to have alerted the flight attendant and the co-pilot of the plane of a possible hijack, though his fears were not taken seriously.
This talented actor was first considered for the epic role of the Joker in the Batman series by director Tim Burton. However, the role later went to Jack Nicholson.

Quotes By James Woods | Quote Of The Day | Top 100 Quotes

See the events in life of James Woods in Chronological Order