Jimmy Page is an English musician who rose to fame as the guitarist and leader of the popular rock band ‘Led Zeppelin.’ Also a talented songwriter and multi-instrumentalist, he began his career as a studio session musician in London. As a young boy, he was greatly impressed by Elvis Presley and started playing the guitar at the age of 12. Though he initially received some lessons, he was largely self-taught. As a teenager, he used to play at local halls and joined the band ‘The Crusaders’ when he was 15. However, an illness forced him to put his musical career on hold, after which he decided to focus on his studies. But he could not distance himself from music for long; he started performing when he was still a student. Within years, he made a name for himself as a skilled instrumentalist, and eventually went on to found the rock band ‘Led Zeppelin’ along with singer Robert Plant, bassist and keyboardist John Paul Jones, and drummer John Bonham. The band became famous as the progenitor of heavy metal and hard rock and achieved phenomenal success.

Adele
Guitarists #7
Lyricists & Songwriters #134
Record Producers #4
DID WE MISS SOMEONE?
CLICK HERE AND TELL US
WE'LL MAKE SURE
THEY'RE HERE A.S.A.P
Quick Facts

He became interested in music at a young age and took guitar lessons for a short while. He then began playing with the local bands and it did not take him long to realize that he wanted to become a professional musician. However, an illness made him rethink about his future plans and he took a break from music to study at ‘Sutton Art College’ in Surrey.

He began performing at the ‘Marquee Club’ while he was still a student. He played with several bands and soon gained a reputation as a popular session guitarist. He then quit school to focus on music. 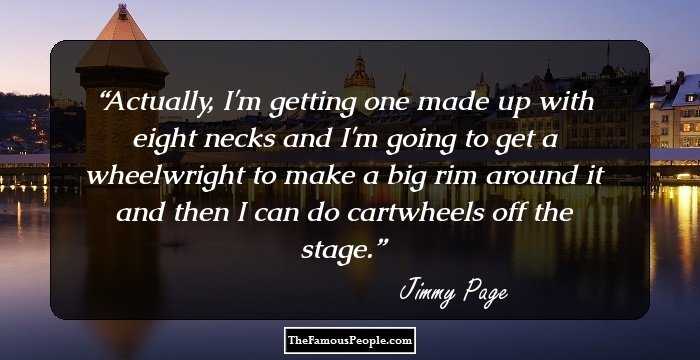 He became a much sought after session guitarist during the 1960s and played with many popular bands, including ‘The Rolling Stones.’

In the mid-1960s, he joined the blues-influenced rock band ‘Yardbirds.’ Though the band was initially successful, it soon fizzled out and was disbanded in 1968.

The band released their debut album ‘Led Zeppelin’ in 1969. It featured a fusion of blues and rock music, and became a commercial success. It had tracks, such as ‘Good Times Bad Times,’ ‘Dazed and Confused,’ and ‘Communication Breakdown.’

The band became very popular following the release of their debut album. Hence, the members of the band were encouraged to release three more albums in quick succession over the next couple of years: ‘Led Zeppelin II’ (1969), ‘Led Zeppelin III’ (1970), and ‘Led Zeppelin IV’ (1971).

‘Led Zeppelin’ went on to become one of the best-selling bands in the United States. They released a total of nine studio albums, all of which reached the top 10 of the US Billboard album chart, with six of them reaching the No.1 spot.

Tragedy struck when the band’s drummer John Bonham died in 1980. The band disbanded, and Page was inconsolable after the loss of his dear friend. For a long time, he refused to touch the guitar.

Eventually, he returned to music and started performing again on stage. During the 1980s, he collaborated with bands like ‘The Firm’ and ‘The Honeydrippers.’ He also reunited with former bandmates of ‘Led Zeppelin’ to perform live on a few occasions.

During the 1990s, he was deeply involved in remastering the ‘Led Zeppelin’ catalogue. The decade also saw him reuniting with Robert Plant for a performance in MTV's ‘Unplugged’ series, which was recorded and released as ‘No Quarter: Jimmy Page and Robert Plant Unledded.’

Page has since continued to enthrall his fans with his music and live performance. He performed alongside Leona Lewis at the 2008 ‘Summer Olympics.’ He also co-produced the documentary ‘It Might Get Loud.’

He has also performed at the ‘Royal Albert Hall’ in London and was featured in the two-hour long BBC Radio 2 show ‘Johnny Walker Meets.’ The multi-talented guitarist has plans of forming a new band in order to produce fresh music for his beloved fans. 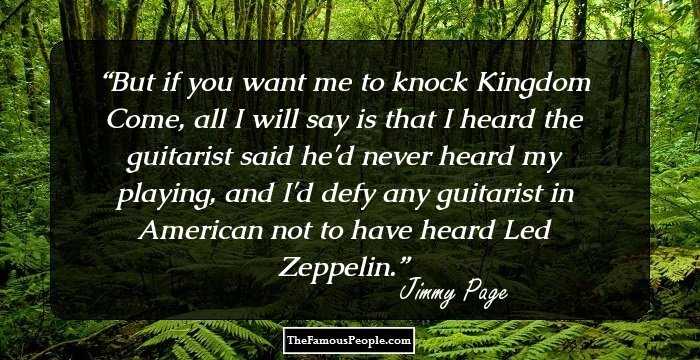 Led Zeppelin’s album ‘Led Zeppelin II’ was the band's first album to reach number one in the UK and the US. Considered to be one of the greatest and most influential rock albums by music critics, it was certified 12× Platinum by the RIAA for sales in excess of 12 million copies. Jimmy Page is credited for the production of this super-hit album.

In 2005, Jimmy Page was made Officer of the Order of the British Empire (OBE) in recognition of his charity work for ‘Task Brazil’ and ‘Action For Brazil's Children's Trust.’

He received ‘Kennedy Centre Honors’ alongside bandmates Plant and Jones in 2012. He was awarded an Honorary Doctorate by the ‘Berklee College of Music’ in 2014. 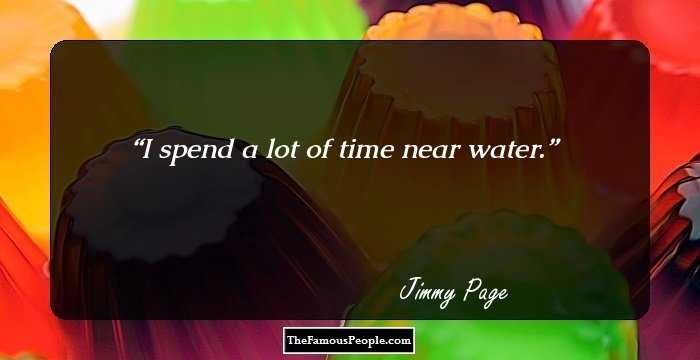 Jimmy Page was in a relationship with French model Charlotte Martin during the 1970s. They broke up in the early-1980s. They have a daughter.

He married Patricia Ecker, a model and waitress, in 1986 and had a son with her. The marriage ended in divorce in 1995.

His third marriage was with Jimena Gómez-Paratcha. He adopted Jimena’s daughter from a previous relationship. The couple was blessed with two children. Jimena and Jimmy divorced in 2008.

In 2014, Jimmy Page started dating actress and poet Scarlett Sabet. Scarlett is 45 years younger to him.

He participates in many charity concerts. He was involved with ‘Action for Brazil's Children Trust’ (ABC Trust), which was founded by his ex-wife Jimena Gomez-Paratcha in 1998.

See the events in life of Jimmy Page in Chronological Order