You surely have been living under a rock if you haven’t heard of Jai Waetford! This energetic, young reality find is the new teen singing sensation. A self-taught musician, Jai’s performances in the 2013 reality show ‘X-factor Australia’ gave us a glimpse of the passion he holds for music. Since his stint in the ‘X-factor Australia’ his popularity has only shot upward. He has already recorded his first single that turned out to be an instant chart buster. This Australian singer’s cute face and cherubic smile makes him the cynosure of all eyes! Between his already flourishing music career and his budding one as an actor, he has amassed a net worth of 3.4 million US dollars! Jai, in his classic laid back Australian attitude, is in no hurry to sprint to super-stardom and is enjoying his ride while making music. Indiana Massara
DID WE MISS SOMEONE?
CLICK HERE AND TELL US
WE'LL MAKE SURE
THEY'RE HERE A.S.A.P
Quick Facts

Jai has been into music since he was very young and had taught himself to play the guitar from YouTube like a lot of his peers. He had never really considered music as a career option until his dad encouraged him. He auditioned for the fifth season of ‘X-Factor Australia’ in 2013, with the hope of jumpstarting his music journey. For the audition he sang ‘Different Worlds’ by Jes Hudak. He also wowed the judges by singing an original composition by the title of ‘Don't Let Me Go’ and progressed to the bootcamp stage. He sailed through the bootcamp stage by singing covers of popular songs like ‘Titanium by David Guetta and Taylor Swift’s ‘We Are Never Ever Getting Back Together.’ He came third in the competition, behind first runner-up Taylor Henderson and winner Dami Im.

Since his X-Factor days, Jai has been focused on his music journey. He signed on with the record label Sony Music Australia. His first debut single, ‘Your Eyes’ was released digitally in 2013. The song became hugely popular and charted at number six on the ARIA Singles Chart and sold more than 35,000 copies. Since then he has released four EPs, ‘Jai Waetford’, ‘Get to Know You,’ ‘Shy’ and ‘Heart Miles’ till 2016. His channel on YouTube has over 20 million views and his most recent release, ‘Heart Miles’ has close to 1.7 million views. He has tried his hand at acting in the Australian Television soap opera ‘Neighbours’ on the Seven Network as a recurring character.

Jai is an extremely creative individual whose passion shines through in all he does. He writes his own songs and he says that they are 100% him. And he has been doing that even before he appeared on the ‘X-Factor Australia.’ Post the release of his EPs on YouTube, he has shot into stardom, not just in Australia, but worldwide in Asia, Europe and America as well. He is sweet and down-to-earth about his raving female following. He hopes to connect with millions through his music and be this person who is sort of a modern day musical influencer.
Recommended Lists:

Australian Actors
Australian Singers
Actors Who Are In Their 20s
Australian Film & Theater Personalities
Continue Reading Below
Beyond Fame
Jai has often been referred to as Australia’s answer to Justin Beiber, owing to similar looks and affinity for music. Jai considers Justin his musical idol but is determined to set up his individual identity as a singer. Among his other favorite singers are classic pop singers like Bruno Mars, Stevie Wonder and Michael Jackson. Crossing over from genre to genre, Jai says he is experimenting before he learns what he is most comfortable with. Being just 18, he sure has the time to find his thing. And we are not complaining for sure! From upbeat to poppy to intense to serene, he seems to be handling everything with the same grace and gusto.
Recommended Lists:

Jai has been brought up by his single mom, Alana Dow, who came to live with her parents Hannah and Roger Dow, after her separation from husband Creedy Waetford. Although Creedy left his wife and son, he still maintains a good relation with Jai. Jai attended the Campbelltown Performing Arts High School in his hometown but left school in 2014, to pursue his music career full time.

Jai started dating American model and actress Carrington Durham in 2015. However, the couple parted ways in 2017. Jai had dated Beunka Nunez back in 2013. He was also romantically linked to Isabelle Clarke. 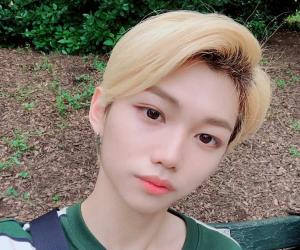