One of the first authors to have his works published in the Library of America, Herman Melville was an acclaimed American novelist, poet and a short story writer. An enigma of American literature, Melville’s first few books brought him fame and literary recognition. He first gained critical acclaim with his book ‘Typee: A Peep at Polynesian Life’, after which his most popular novel, ‘Moby-Dick’ elevated his status as a prolific writer. Some of his other books include, ‘Omoo: A Narrative of Adventures in the South Seas’, ‘Mardi and a Voyage Thither’, White-Jacket’, ‘Clarel: A Poem and Pilgrimage in the Holy Land’ and the posthumously published novel ‘Billy Budd’. Unfortunately, the books published before the success of ‘Moby-Dick’ did not do very well. In the 20th century, he was catapulted to great fame as a writer for his book ‘Moby-Dick’, a book that is regarded as one of the most acclaimed pieces of literature in the world. Although he was not a financially successful writer, yet he received worldwide recognition for his writings. American People
Novelists
Short Story Writers
American Men
Leo Poets
Childhood & Early Life
Herman Melville was born in New York City to Allan and Maria Gansevoort Melville. His father was a commission merchant and importer and spent most of his days abroad.
He attended the New York Male School. His father died when he was just twelve and the family was left with no money or resources. His mother had expected some inherited wealth from her family but she did not receive it.
He attended the Albany Academy during the 1830s. Here, he studied classic literature and participated actively in student debates. He also developed an interest in writing during this period. 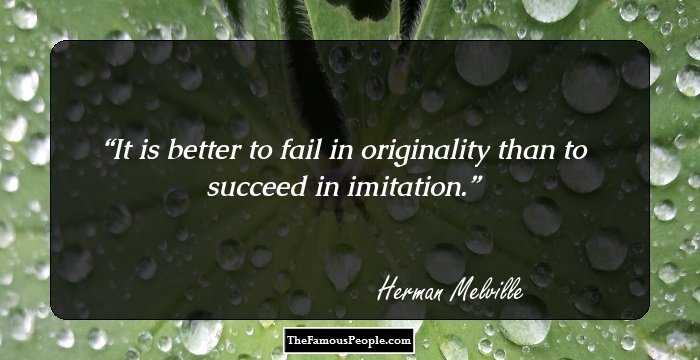 Who Is The Most Popular BTS Member?
Career
In 1841, he travelled from Fairhaven, Massachusetts on the whaler ship ‘Acushnet’ and the following year he deserted the ship. His travelling experiences formed the inspiration for many of his writings.
In 1846, his first book titled ‘Typee: A Peep at Polynesian Life’ was published. The book was based on his real life experiences on the island of Nuku Hiva in French Polynesia, where he was held a captive.
In 1847, he published ‘Omoo: A Narrative of Adventures in the South Seas’, depicting Tahiti and the customs and traditions of the place was published. It was a sequel to ‘Typee: A Peep at Polynesian Life’.
In 1849, his book ‘Mardi, and a Voyage Thither’ was published. It narrates his experiences in South Pacific, after he abandoned his ship. The book was not received well and was a critical failure.
On September 29, 1849, his book ‘Redburn: His First Voyage’ was released. It was a semi-autobiographical work based on his experiences in the ship journey to Liverpool.
Published in 1850, ‘White-Jacket’ is a book that depicts his experiences in the U.S navy. It is a severe critique of the life of American naval officers.
In 1851, his most popular work ‘Moby-Dick’ was published. The novel is about the story of a wandering sailor and his adventures on the whale ship ‘Pequod’.
In 1852, The Harper & Brothers published ‘Pierre: or, The Ambiguities’, which was one of his most unsuccessful books and was both a critical and a financial failure.
Written in 1853, his unpublished and lost novel ‘Isle of the Cross’ is beloved to have been rejected by the publisher, Harper & Brothers.
Continue Reading Below
In November 1853, his short story titled ‘Bartleby, the Scrivener: A Story of Wall Street’ was published anonymously in the ‘Putnam's Magazine’ and was also re-published in ‘The Piazza Tales’.
In 1854, he published ‘The Encantadas’. Though the novel was a critical success, it was a commercial failure.
‘Israel Potter: His Fifty Years of Exile’ was published in parts in the ‘Putnam's Magazine’ from July 1854 to March 1855. The same was published in the form of a book by George Palmer Putnam in New York.
In 1857, he published ‘The Confidence-Man: His Masquerade’ and after the publication of this novel, he took-up the job of a lecturer.
‘Battle Pieces and Aspects of the War’ was published after the American Civil War in 1866. It consisted of over 70 poems but it received poor critical reviews.
In 1876, his epic poem titled ‘Clarel: A Poem and Pilgrimage in the Holy Land’ was published. It was published in two volumes and stretches to 18,000 lines.
Published after his death, ‘Billy Budd’ was one of his most acclaimed works that won many laurels all over the world. 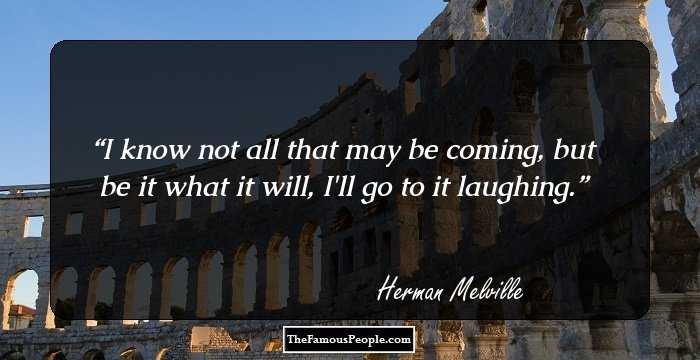 Quotes: Will, I
Major Works
‘Moby-Dick’ is considered his magnum opus that earned him worldwide literary acclaim. This novel is one among the ‘Great American Novels’ and is considered to be one of the greatest classics in world literature.
‘Billy Budd’ is one of his most celebrated works and considered a masterpiece. It was adopted on screen for Broadway in 1951 and won the Donaldson Awards and Outer Critics Circle Awards for best play.
Personal Life & Legacy
In 1826, he was hit by scarlet fever, after which his eye sight became permanently weak.
He got married to Elizabeth Shaw on August 4, 1847. She was the daughter of Lemuel Shaw, the Chief Justice of the Massachusetts Supreme Judicial Court.
In 1850, he shifted to Massachusetts along with his wife. They had four children together.
He died at his New York home due to cardiac dilation at the age of 72. He was laid to rest at the Woodlawn Cemetery in The Bronx, New York. 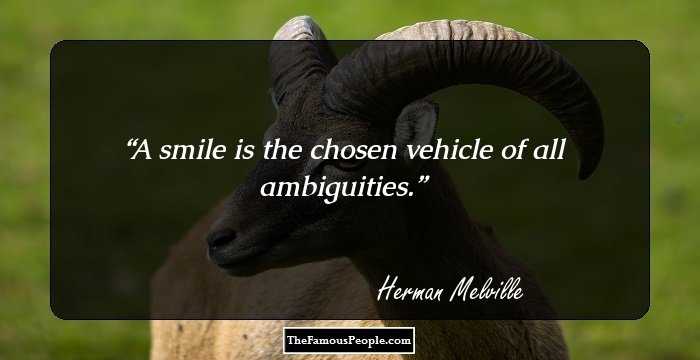 Trivia
This acclaimed author suffered from a writer’s block until he read his friend Nathaniel Hawthorne's short story collection ‘Mosses From an Old Manse’, after which he was inspired to write.
This prolific American writer and poet once woke up his daughter at 2 AM so that she could proof read his poem!
Recommended Lists:
Writers #109
You May Like

Quotes By Herman Melville | Quote Of The Day | Top 100 Quotes

See the events in life of Herman Melville in Chronological Order