Advanced Search
Henry VIII of England was the King of England from 1509 until his death in 1547. A son of Henry VII, he was the second monarch of the Tudor dynasty, succeeding his father. An arrogant and autocratic ruler, he brought about radical changes in the English Constitution and greatly expanded royal power, asserting the King’s supremacy over the Church of England. During his reign he earned the title of 'Father of the Royal Navy’, as he was known for his love of maintaining a strong naval force with several warships built with the latest technology and fitted with modern guns. He is also credited to have built the first naval dock in Britain at Portsmouth. Politically ambitious, he was aided by several prominent figures like Thomas Wolsey, Thomas More, Thomas Cromwell, Richard Rich, and Thomas Cranmer in the implementation of his plans. Henry VIII was notorious for his cruelty and was so obsessed with his powers that he routinely quashed dissenters by executing them without even a formal trial. He was so ruthless that he even had several of his former favorite ministers executed when they fell out of his favor. Henry VIII was equally notorious for his six marriages and several scandalous love affairs. British People
British Emperors & Kings
British Historical Personalities
Cancer Men
Childhood & Early Life
He was born as Henry Tudor on 28 June 1491 at Greenwich Palace to Henry VII and Elizabeth of York. He had six siblings but only three of them survived infancy. He was the King’s second son and thus was not expected to succeed his father.
He was appointed Constable of Dover Castle and Lord Warden of the Cinque Ports in 1493 when he was just two and subsequently appointed Earl Marshal of England and Lord Lieutenant of Ireland at age three. He was tutored by the best educators available and became fluent in Latin and French.
His elder brother Arthur died at the age of 15 in 1502 and Henry inherited all of Arthur’s duties. He was declared the new Prince of Wales and Earl of Chester in 1503. 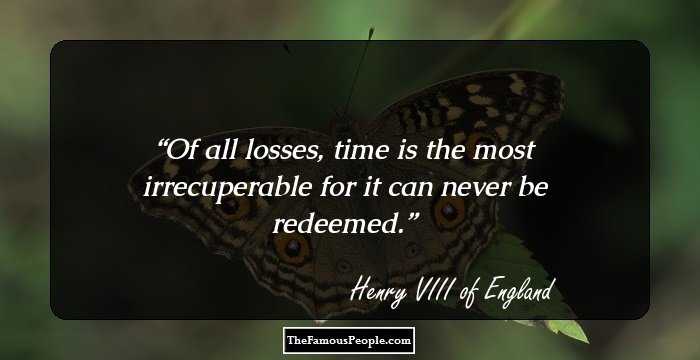 Quotes: Never, Time
Continue Reading Below
Accession & Reign
King Henry VII died on 21 April 1509 and the young Henry succeeded him as King. Inexperienced and still a teenager at the time of his coronation, Henry VIII relied greatly on Thomas Wolsey’s guidance to rule the kingdom. Soon Wolsey became a very powerful figure in the English court and was made the Lord Chancellor by 1515.
In 1511, Henry VIII joined Pope Julius II’s Holy League against France. The King depended heavily on Wolsey to help in organizing the first French campaign through which he aimed to bring French territories under the English rule.
A war against France was formally declared in 1512, and the initial attacks proved to be a failure. In 1513, Henry and his troops invaded France and defeated a French army at the Battle of the Spurs. Soon the English also conquered Thérouanne and Tournai.
During the King’s absence from England, James IV of Scotland attempted to invade England. However Henry VIII”s wife Queen Catherine successfully defended England and defeated the Scots at the Battle of Flodden. The Scottish King was also killed in the battle.
In 1521, Charles of Austria, who was the monarch of both Spain and the Holy Roman Empire, declared war on France. Henry aligned England with Charles and hoped to restore English lands in France. Charles successfully defeated and captured King Francis I of France but none of Henry’s expectations from this battle were fulfilled. So he withdrew England from the alignment with France and signed the Treaty of the More in 1525.
In 1534, Henry VIII declared himself supreme head of the Church of England. There were several uprisings opposing his religious policies, but they were quickly suppressed. A number of dissenters were arrested and executed.
Under Henry’s dominance, the Church of England completely broke away from the Pope and this gave rise to a great northern uprising known as the Pilgrimage of Grace in 1536 in protest against the King’s policies which were unacceptable to the Catholics.
Thousands of people, led by Robert Aske rebelled against the King and Henry arrested Aske along with 200 other rebels and executed them for treason, thus bringing an end to the disturbances.
By the early 1540s his relations with Charles had improved and they once again formed an alliance and planned to invade France in 1543. In preparation, Henry proceeded to eliminate the potential threat of Scotland and defeated the Scots at the Battle of Solway Moss in 1542.
Continue Reading Below
Initially he hesitated to invade France and this angered Charles. Finally Henry went to France in 1544 and launched a two-pronged attack. Meanwhile Charles made peace with France leaving Henry alone in the campaign. Henry too attempted to make peace with France but France tried to invade England in 1545. The French attempt was unsuccessful, and these campaigns had cost both England and France dearly. Thus France and England signed the Treaty of Camp in June 1546. 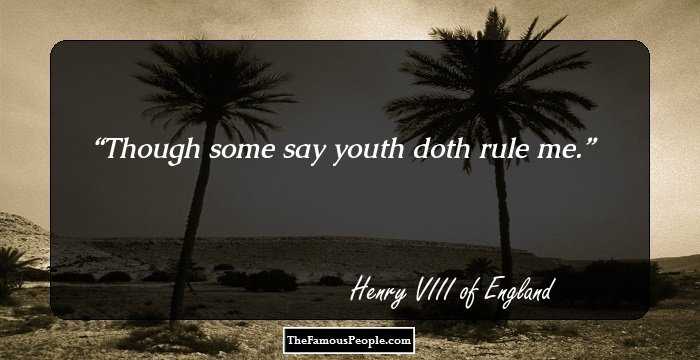 Quotes: Me
Major Works
King Henry VIII is best remembered for breaking away the Church of England from the authority of the Pope and the Roman Catholic Church. This was brought into effect by a series of Acts passed by the Parliament between 1532 and 1534, among them the 1534 Act of Supremacy which declared that Henry was the "Supreme Head on earth of the Church of England". These events are also known as the English Reformation, and associated with the wider process of the European Protestant Reformation.
Persona Life & Legacy
Henry VIII of England was very well known for his six marriages, several of which ended disastrously. His first marriage was to the widow of his brother, Catherine of Aragon, who he later divorced due to her failure to produce a male heir even though the couple had one daughter. It was Henry’s desire to end his first marriage that led to the series of events that finally culminated in the separation of the Church of England from the authority of the Pope and the Roman Catholic Church.
Once liberated from his first marriage, he married his mistress Anne Boleyn who was pregnant at the time of the wedding. She gave birth to a daughter and she too, was unable to produce a male heir. Frustrated at this, Henry charged her with adultery and had her executed.
He wed Jane Seymour within a day of Anne Boleyn’s execution. Jane finally gave him the son he desperately wanted in 1537. However she died from a pregnancy related infection just days later.
He married Anne of Cleves in 1540. He however found her physically unattractive and never consummated the marriage. This marriage was annulled within six months.
He soon married a pretty young woman, Catherine Howard, a first cousin to Anne Boleyn. Henry however heard that she was having an affair with a courtier called Thomas Culpeper. So he had her beheaded for adultery.
His sixth and final marriage was to Catherine Parr which lasted till his death. She acted as a nurse to him during his last years and also cared for his children from previous marriages.
Henry VIII suffered from several ailments during his later years. He was obese and this aggravated his already existing medical conditions. He died on 28 January 1547 in the Palace of Whitehall, and was succeeded by his only legitimate son, Edward. 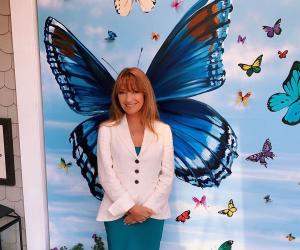