Advanced Search
Henry VII, also known as Harri Tudur, earl of Richmond, was the King of England and first monarch of the ‘Tudor Dynasty.’ He attained the throne after defeating the last king of the House of York, Richard III, at the last significant battle of the ‘Wars of the Roses,’ the ‘Battle of Bosworth Field.’ He went on to secure his claim to the throne by getting married to Elizabeth of York, niece of Richard III. He reigned for around 24 years, starting from August 22, 1485. During his reign, he made efforts to strengthen the English monarchy. He introduced several economic, administrative, and diplomatic measures. He also introduced policies in an attempt to restore stability, power, and peace, while creating economic prosperity. By implementing new taxes and backing the wool industry, he got into the alum trade and signed the ‘Magnus Intercursus’ (great agreement). He remained the Lord of Ireland and King of England until his death. Upon his death, his son Henry VIII succeeded the throne. Arthur, Prince ...
DID WE MISS SOMEONE?
CLICK HERE AND TELL US
WE'LL MAKE SURE
THEY'RE HERE A.S.A.P
Quick Facts 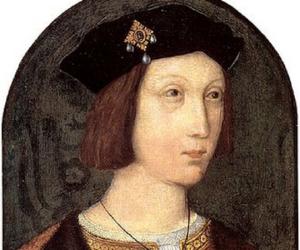