Henrietta Lacks was an African-American tobacco farmer whose cancer cells ware used as the source of the HeLa cell line, which has the distinction of being the first immortalized cell line. Owing to this, she has become a notable figure in the history of medicine and medical research. Under particular conditions, the immortalized cell lines will propagate forever and the HeLa cell line serves as one of the most important sources of medical data even today. A native of Virginia, Henrietta Lacks was raised by her maternal grandfather after the death of her mother. During her youth, she shared her room with her future husband, who was also her cousin. She began working as a tobacco farmer at an early age and gave birth to her first child when she was 14 years old. After her marriage, she moved to Maryland with her family. At the age of 31, she was diagnosed, erroneously, with a malignant epidermoid carcinoma of the cervix. In later years, the doctors deduced her condition to be adenocarcinoma. It was during her treatment at Johns Hopkins that two samples were cultivated from her cervix without informing her or gaining her permission. These cells were later cultured by Dr. George Otto Gey and the HeLa cell line was subsequently created. Image Credit
https://www.youtube.com/watch?v=-4JsZaYa4A0
( The Story Behind)
Previous   Next
Continue Reading Below

Ernesto Cardenal
1st August In History
DID WE MISS SOMEONE?
CLICK HERE AND TELL US
WE'LL MAKE SURE
THEY'RE HERE A.S.A.P
Quick Facts

American Celebrities
American Women
Leo Women
Childhood & Early Life
Born on August 1, 1920, in Roanoke, Virginia, Henrietta, Lacks’ original name at her birth was Loretta Pleasant. Her family does not know when and why her name was changed from Loretta to Henrietta. Her father’s name was Johnny Pleasant and her mother’s name was Eliza Pleasant, née Lacks. She had nine siblings, including brothers Lawrence, John Randall II, Henry, and Charles, and sisters Gladys and Lillian.
In 1924, Eliza died while she was in labour with her tenth child. Lacks was only four years old then. Her father realised that he could not raise the children on his own. So, he relocated the family to Clover, Virginia, to find relatives who would take the children in. *Henrietta’s grandfather Henry Lacks accepted her responsibility and raised her in his two-story log cabin, which used to be the slave quarters on the plantation that was once run by Lacks’ white ancestors.
At the cabin, she shared her room with her cousin, David "Day" Lacks, who was about five years older than her. Most members of her family were involved in tobacco farming and Lacks also became a farmer at a young age. During this period, a relationship developed between her and Day Lacks and she became pregnant at 14 years of age.
Her son, Lawrence, named after one of her brothers, was born in 1935. Four years later, she gave birth to her daughter, Elsie.
Day Lacks and Henrietta eventually got married on April 10, 1941, in Halifax County, Virginia. That year, at the suggestion of a cousin named Fred Garrett, the couple quit tobacco farming to relocate to Maryland, where Day Lacks had found a job at Bethlehem Steel in Sparrow's Point.
Continue Reading Below
You May Like

The Sexiest Men Of 2020, Ranked
Life in Maryland
It was not long after they had shifted their family to Maryland that Garrett was drafted into the military at the advent of the World War II. He gave his savings to Day Lacks as a gift, which enabled the latter to buy a house for his family at 713 New Pittsburgh Avenue in Turner Station. A venerable African American community dating back to 1888, Turner Station is now a part of Dundalk.
While in Maryland, Lacks gave birth to three more children: David "Sonny" Lacks Jr. (born 1947), Deborah Lacks Pullum (born Deborah Lacks; 1949–2009), and Joseph Lacks (1950).
Among her children, Elsie showed signs of developmental disabilities. According to her family, she was "different" or "deaf and dumb". In 1950, Elsie was institutionalized at the Hospital for the Negro Insane, the name of which was later changed to Crownsville Hospital Center. She would be there for the next five years before her death in 1955.
Diagnosis & Death
Several months before the birth of her last child, Henrietta Lacks felt a “knot” in her womb. She talked about the knot to her cousins and they accurately deduced that she was pregnant. However, she suffered a severe haemorrhage during the delivery which took place at the Johns Hopkins, which was the only hospital that took in black patients in the Baltimore area.
On January 29, 1951, she visited the hospital again. She was subsequently tested for syphilis by her personal doctor, but the results came back negative. A biopsy of the mass on Lacks' cervix was conducted by Dr. Howard W. Jones, who concluded after laboratory testing that she was suffering from a malignant epidermoid carcinoma of the cervix.
However, in 1970, researchers found that she actually had an adenocarcinoma. The misdiagnosis was quite common for the era and the treatment would have been the same.
After admitting her into the hospital, Dr. Jones began her treatment, which involved radium tube inserts. However, only after a few days, she was told that she could go home. Furthermore, the doctors asked her to come back for X-ray treatments. Two samples were cultivated from her cervix while she was undergoing the treatment but they never informed her about it. One of those samples was of cancerous cells, the other, of healthy ones.
Subsequently, physician and cancer researcher, George Otto Gey, who was working at Johns Hopkins at the time, got the samples. The cancerous cells were later dubbed as the HeLa immortal cell line and have been since extensively used in contemporary biomedical research.
Lacks was admitted again into the hospital after she went for a routine treatment session and told the doctors that she was having excruciating abdominal pain. The doctors put her through blood transfusions. She died on October 4, 1951, at the age of 31 and was later laid to rest in an unmarked grave in a family-owned cemetery in Halifax County, Virginia.
Continue Reading Below
Prior to the burial, a partial autopsy was conducted on her body, which revealed that the cancer had metastasised throughout her entire system. The precise location of her grave is still unknown but her family thinks it should be close to her mother’s gravesite.
HeLa
Gey became the very first researcher to work with Lacks’ cancerous cells and found that they showed extraordinary attributes such as reproduction at a very high rate. This meant that the cells could remain alive for a longer period so in-depth experimentations could be conducted on them.
It was a significant breakthrough in medical research as prior to this, cells could be kept alive only for a few days. Lacks’ cells came to be known as “immortals” as they could replicate themselves several times without dying.
After Lacks’ death, more HeLa samples were taken from her body. HeLa cells’ ability to reproduce themselves very quickly has given way to numerous medical breakthroughs. They were used in the development of polio vaccine in the 1950s as well as were the first human cells to be successfully cloned in 1953.
Since their first mass replications, they have been used in extensive biomedical research, including disease research, gene mapping, and studying the effects of toxic and radiation exposure on human cells.
The researchers have also used HeLa cells to find out human sensitivity to everyday items, such as tape, cosmetics, and glue. According to academic estimation, researchers have cultivated about 20 tons of HeLa cells to date.
Furthermore, roughly 11,000 patents associated with the cells have been issued. It has also gained notoriety for contaminating other cell cultures in laboratory settings.
Patient's Rights, Consent, & Privacy Issues
Neither Jones nor Gey sought permission for cultivating her cells either from her or her family. At the time, they were not required to. The family only found out after the contamination occurred in the early 1970s and various members of the family were solicited for blood samples.
In the 1980s, researchers published the family’s medical history and in 2013, the DNA sequence of the genome of a strain of HeLa cells was made available for public access.
In August 2013, an understanding was reached between the family and National Institutes of Health (NIH) that garnered the family an amount of authority over the access to the HeLa cells’ DNA sequence. Moreover, two members of the family have become part of the six-member committee that oversees the access to the sequence data.
Trivia
In 2010, science writer Rebecca Skloot published her book ‘The Immortal Life of Henrietta Lacks’. A film adaptation of the book was released in 2017, with American actress Renée Elise Goldsberry playing Lacks.
Lacks was inducted into the Maryland Women’s Hall of Fame in 2014, about 63 years after her death.
You May Like

See the events in life of Henrietta Lacks in Chronological Order 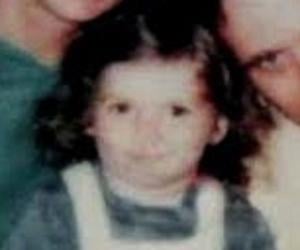