Advanced Search
Khatira Rafiqzada is the wife of American actor Michael Ealy. A former actress herself, she has explored several career options prior to her marriage, which included acting, singing and playing music. During her brief stint in the entertainment industry, she acted in two feature films and worked on several music and video projects. However, she did not find much success in those career options. Post her wedding she has seamlessly transitioned her focus on to her family that consists of her husband and two children; a son and a daughter. She, along with her family, leads a very private life and has managed to keep her personal life away from the limelight. American People
American Women
Capricorn Actresses
American Actresses
Actresses Who Are In Their 40s
Career
Khatira Rafiqzda is known to have done several odd jobs early in her life to support herself in the initial days of her career. She had a brief career in the film industry. She starred in the movie ‘Chain Letter’ (2009), a story of a man who killed teenagers upon their refusal to forward chain mail. The movie did not do well in the box office. The same year she was part of another drama film titled ‘Layla’ (2009), which had several other prominent actors like Jasmine Bissete, Marie-Thérèse Abou-Daoud and Jawad Asephi. Apart from acting, she has also attempted a career in music by playing music and singing. She had also posted her song and video performances on the internet. However, she did not get much recognition in either of the career paths that she choose.
Recommended Lists:

Women Film & Theater Personalities
American Film & Theater Personalities
American Female Film & Theater Personalities
Capricorn Women
Continue Reading Below
Social Media Presence
Khatira Rafiqzada maintains a very low profile on social media. She does not maintain official accounts like twitter, Instagram or facebook. Unlike other celebrity spouses or personalities, she has not been seen being involved in any social or charitable causes until now. She is known to have attended several celebrity parties and that is where her exposure to the media ends. She along with her husband has successfully managed to stay away from the spotlight by announcing their wedding as well as the birth of their children, post these life events.
Childhood, Marriage & Love Life
Khatira Rafiqzada was born in the United States in 1981. Details of her parents are unknown, however, they are from an Iranian background and their ancestral origins are traced back to the Middle East. She is known to practice Islam.
She married American actor, Michael Ealy, in October 2012, following a four year romantic relationship. They were in a relationship while Michael was still married to his first wife. Khatira Rafiqzada and Michael Ealy have two children, a son named Elijah Rakim Brown (born in 2014) and a daughter (born in 2016). Currently, she currently in Los Angeles, California.
Recommended Lists:
Film & Theater Personalities #27344 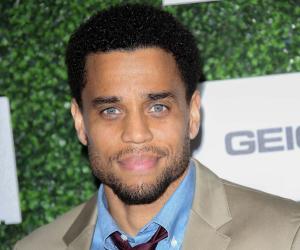