Born In: Ala, Estonia

One of Finland’s foremost playwrights, Hella Wuolijoki, led a fascinating life as playwright, politician, reporter, businesswoman, and mother. Throughout her career, she worked with various law firms, authored over 20 plays, became director of the ‘Finnish Broadcasting Company’, and played a major peacekeeping role between Finland and the Russians. For political reasons, most of her plays were written under a male pseudonym. The main theme of her plays involved very strong women characters who had significant societal impacts through their successful working careers. Some of her more famous plays were later adapted to film and television. Prior to the Second World War, she owned a salon which became a political hot spot for Russians and this made her government very suspicious of her activities. For years she was thought to be a Russian spy and was even arrested during WWII. This fascinating woman was a pioneer for the notion of a working mother with an extremely successful career. She has inspired a movie based on her life story called ‘Hella W’ which focuses on her entrepreneurial and playwriting skills. Prior to this film, nearly all of Finnish history and film has been told from the male perspective, but just as she did in her real life this film brings women to the forefront Born In: Ala, Estonia 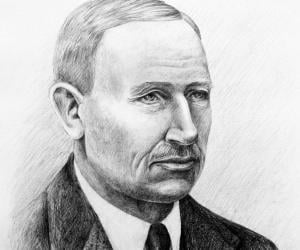 Andrzej Sapkowski
Novelists #2429
Writers #8192
22nd July In History
DID WE MISS SOMEONE?
CLICK HERE AND TELL US
WE'LL MAKE SURE
THEY'RE HERE A.S.A.P
Quick Facts

political ideology: Wuolijoki was a member of the Finnish Parliament and the head of the SKDL parliamentary group from 1946 to 1947

Estonian Celebrities
Finnish Celebrities
Finnish Women
Cancer Writers
Women Writers
Finnish Writers
Childhood & Early Life
She was born on July 22, 1886 in Estonia to Ernst and KadriMurrik.Hella Wuolijoki was christened Ella Murrik on her birth.Her father was a successful bookshop owner and teacher while her mother was a farmer’s daughter.
In 1901, she began attending ‘Púskin Grammar School’ in Dorpat. Once she finished her secondary schooling, she wanted to continue to study. It was only through her connections with influential contacts that she was able to attend a university for women in St. Petersburg.
In 1908, she graduated from the ‘Imperial Alexander University’ with her M.A becoming the first Estonian woman to do so. While attending school, she began her publishing career by writing in Estonian periodicals.
Continue Reading Below
You May Like

The Hottest Male Celebrities With The Best Abs
Career
In 1912, her very first play, ‘Talulapsed’, was shown in theaters in Finland and Estonia. This performance was later forbidden by the authorities due to its excessively nationalistic nature.
In 1923, she began work as the director of Carelia Timber co and AunuksenPuuliike. With her looming separation from her husband, she put all of her efforts into becoming a successful businesswoman.
Throughout the 1920s and 30s, she owned a salon which became a political hub for left-wing ideas. She was known for her connections with the Soviets, and was even believed by the Finnish government to be an illegal spy.
In 1931, she accepted the prestigious role of chairman of the board of the oil company SuomenNafta. While working here, she began work on her numerous plays.
In 1933 she completed her works ‘Ministerijakommunisti’ and ‘Lakijajärjestys’. Around this time, her plays began to become more about women empowerment and deeply saturated with political ideas.
During the WWII, she held a suspicious level of contact with the Russians and even made un-official diplomatic negotiations with them. For her treasonable action, she was sent to prison and condemned to death. After the war, she was released and became active in politics.
In 1946, she was elected to parliament with the backing of the ‘Finnish Communist Party’. The same year she was able to meet the famous Stalin and star in some political radio programs.
In 1948, her co-authored play ‘Herr Puntila und seinKnechtMatti’ debuted in Zürich. She had originally written the material in the 1930’s, but with German writer Bertolt Brecht’s additions, it became an instant success.
She continued to write books under the pseudonym JuhaniTervapää which mainly featured strong female characters until her death. Her best known work is ‘Niskavuori’ containing five different plays.
Continue Reading Below
Major Works
Her most well-known work is her ‘Niskavuori’ series. Published under her male pen name, it features the power struggle between the older and younger generations of women.
Most people expected the show to be short-lived. The show, however, ran for hundreds of performances and brought in more money than any other plays that season. They have remained popular being staged across Europe and adapted to modern film.
In 1937, she completed the writing of ‘JuurakonHulda’. This play was later interpreted and adapted into the comedy ‘The Farmer’s Daughter’ which premiered ten years later. The performance has won Oscars and inspired a television series.
Awards & Achievements
In 1908, she was the very first Estonian female to achieve a Master’s degree from the ‘Imperial Alexander University’. She paved the way for more women to pursue educational goals.
She never received any awards during her lifetime. Many of her plays, however, did go on to later become films and television series.
Personal Life & Legacy
She was briefly married to parliament member SuloVuolijoki. They married in 1907 while she was still in school. Ten years later she started had a long term affair with another man resulting in the eventual divorce.
Hella and Sulo had a daughter together. She took advantage of her time at home with her new baby to begin writing her first plays. Her grandson ErkkiTuomioja has been the Minister for Foreign Affairs since 2011.
She passed away on February 2, 1954 due to old age. Due to her political fame and business success, she has left behind a much more woman-friendly Finland.
Trivia
Her younger sister, Salme, was a Komintern spy and large supporter of communism. Due to her sister’s spy activities, Hella was closely watched up until her eventual arrest.
Her husband’s name was actually Vuolijoki. After the divorce, she decided to spell her name with a ‘W’ making it Wuolijoki
You May Like

See the events in life of Hella Wuolijoki in Chronological Order