(Italian Author and Winner of 1926 Nobel Prize for Literature)

Advanced Search
Grazia Deledda was a Nobel Prize winning Italian novelist and short story writer. Born in a small village in the island of Sardinia she received very little formal education. The society in her native village was highly patriarchal and the people were simple, but superstitious. When her first story was published in a magazine, published from Rome, she was rebuked because it went against the norms of patriarchal society. Yet, she continued to write, albeit under pseudonyms. She tasted first major success as she settled in Rome after her marriage to a civil servant. Even then, the customs and traditions of Sardinia as well as the hard life led by the people there were subjects of her writing, and the myths and rituals that she grew up with were reflected in them. As a writer, she had great sympathy for these poor people, who lived away from enlightenment. Many of her characters were social outcasts who suffered in isolation. She also wrote a lot about women and their sufferings and pain. Yet, she believed that life is beautiful and even as she was suffering from breast cancer, from which she eventually died, she wrote about optimism and beauty of life. Luigi Pirandello
DID WE MISS SOMEONE?
CLICK HERE AND TELL US
WE'LL MAKE SURE
THEY'RE HERE A.S.A.P
Quick Facts

See the events in life of Grazia Deledda in Chronological Order 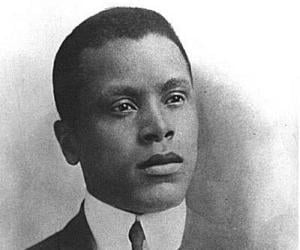