George Hearst was an American business owner, miner, politician and a member of the United States Senate. Having been raised on a small farm in Missouri, he set up several mining operations. He garnered fame for founding the Homestake Mine in the late 1870s in the Black Hills of South Dakota. In 1879, he made its shares available on the New York Stock Exchange, after deciding to pursue other interests. The mine kept on producing gold until 2001. In 1860, after making San Francisco his home, Hearst turned to politics. For one term, he served as a representative from San Francisco in the state legislature. In 1886, he was picked for a vacant US Senatorial seat. Later that year, he won the seat as a Democratic candidate. His tenure lasted four years, from 1887 to his death in 1891. During these years, he managed his mining interests through his company. Hearst tied the knot quite late in his life, at the age of 42. His son, William Randolph Hearst, went on to become a renowned newspaperman and publisher. 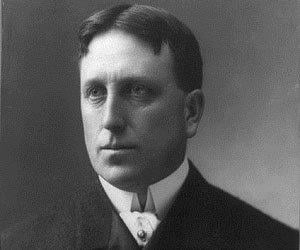 American People
Virgo Leaders
Male Leaders
American Leaders
American Political Leaders
Childhood & Early Life
Born on September 3, 1820, near present-day Sullivan, Missouri, USA, George Hearst was one of the three children of William G. Hearst and Elizabeth Collins. He and his siblings, one brother and one sister, were brought up in a log cabin on his family's farm in rural Franklin County. His father ran three small farms. He had mortgages on all of them and had to rely on African-American slaves to operate them.
When he was young, public education was not readily accessible in Missouri. As a result, his elementary education lacked consistency and wholesomeness. He developed an interest in mining quite early in his life and extensively read about mining and minerals whenever he was free. He also observed how the local mines functioned.
Continue Reading Below
You May Like

Who Is The Greatest Female Warrior In History?
Business Career
Following the death of his father in 1846, George Hearst became the main provider of his family. He operated a general store and was involved in some mining. It was in 1849 that he first became aware of the discovery of gold in California.
After arriving in California, he and his party attempted placer mining near Sutter's Mill on the American River. As they did not achieve much success there, the group relocated to Grass Valley in 1851 on the news of a new lode. Hearst decided to try prospecting and run a quartz mining business.
Hearst spent a decade earning a decent living as a prospector. He also did some mining, animal husbandry, and agriculture and operated a general store. After he heard that high-grade silver had been mined in Utah, Hearst travelled there and purchased a one-sixth interest in the Ophir Mine. That winter, Hearst and his partners collected 38 tons of silver ore and earned $91,000 in profit.
In the 1850s, he co-founded Hearst, Haggin, Tevis and Co, serving as one of the partners in it. He invested in the Comstock Lode and the Ophir Mine in Nevada, the Ontario silver mine in Utah, the Pacific mine in Pinos Altos, New Mexico, the Homestake gold mine in South Dakota, and the Anaconda Copper Mine in Montana.
In the next few years, the company only got bigger, eventually becoming the largest private mining firm in the United States.
Widely regarded as the most expert prospector and judge of mining property on the Pacific coast, he was instrumental in the creation of the modern process of quartz mining. In 1880, he purchased the ‘San Francisco Examiner’ newspaper and used it for political purposes.
Political Career
George Hearst’s career as a politician began in the early 1860s after he moved to San Francisco. In 1864, he became one of the 12 elected representatives from San Francisco to the California State Assembly. In 1882, he contested as the Democratic candidate for Governor of California, but his campaign was unsuccessful.
Following the death of John F. Miller, Hearst joined the US Senate as a Democratic member. His tenure began on March 23, 1886, and ended on 4 August. He subsequently won a regular election by the state legislature to the Senate as a Democrat.
He began his service as a senator on March 4, 1887, and held the office until his death. During his tenure, Hearst predominantly focused on lessening Central Pacific Railroad's power in American commerce.
Family & Personal Life
At the age of 42, George Hearst married Phoebe Apperson, who was 22 years younger than him, on June 15, 1862. Phoebe went on to become a noted philanthropist, feminist and suffragist. Their son, William Randolph Hearst, was born on April 29, 1863, after the couple had moved to San Francisco.
On February 28, 1891, Hearst passed away in Washington, D.C. He was 70 years old at the time. He is interred in Cypress Lawn Cemetery in Colma, California. His wealth was passed down to his wife, who gave much of it away to help establish new libraries at numerous universities.
In the HBO series ‘Deadwood’ (2004-06) and the 2019 film ‘Deadwood: The Movie’, Gerald McRaney was cast as Hearst. The show and the film took several artistic liberties in their depiction of Hearst, making him one of the primary antagonists.
You May Like

See the events in life of George Hearst in Chronological Order