George Canning was a British politician who later became Foreign Secretary and Prime Minister of the UK. During his parliamentary career, he represented several constituencies. He gained popularity in the Cabinet for his skilled delivery of speeches. For his strong campaign, the Addington government arranged a military post in Trinidad to settle the land dispute of that island. He also took initiative to prove the fact that better methods of cultivation in land can lessen the need for slaves. This effort of Canning saved around 750,000 lives. He used to write satirical articles and poetry in a newspaper titled “Anti-Jacobin”. By supporting the government, he used to ridicule revolutionary doctrines. He played a significant role in the affairs of Spain, Portugal and Latin America and his important decisions formed the future course of Latin American history. During his tenure as Foreign Secretary and Leader of the House of Commons, he took the initiative for abolition of slavery. He also opposed Russia and France for their interference in the affairs of other states. As a result of this, he was recognized as a liberal. Besides these, he also prevented the United States from opening trade with the West Indies. For a brief period, he served as the Prime Minister of the UK. 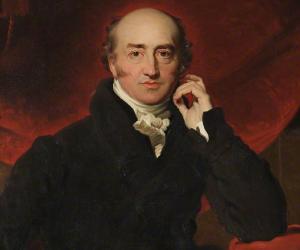 British People
British Men
Eton College
Aries Leaders
Male Leaders
Childhood & Early Life
Born in an old Irish family in Marylebone, London, he was the son of George Canning Senior and Mary Anne Costello. His father, an unsuccessful wine merchant and lawyer, left the family and died in poverty on his son’s first birthday.
After his father’s death, his mother started working as a stage actress and he was raised by his uncle, London merchant Stratford Canning along with his cousins.
He attended Hyde Abbey School. Later, he studied at Eton College where he became popular for his literary skills. After that, he took admission at Christ Church, Oxford from where he completed his BA in 1791. 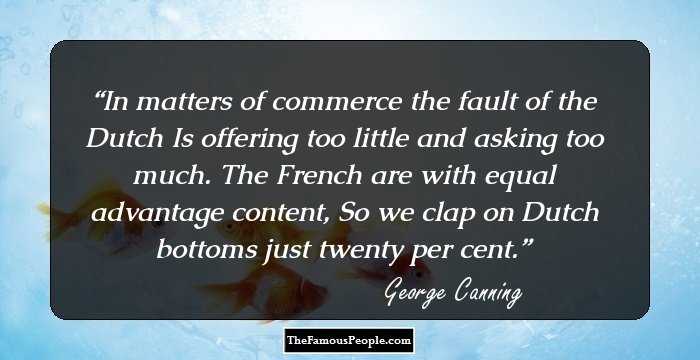 The Hottest Male Celebrities With The Best Abs
Career
After finishing his study, he started practising law. Later, he changed his mind and decided to pursue a career in politics. His uncle Stratford Canning introduced him to renowned Whigs like Charles James Fox, Edmund Burke and Richard Brinsley Sheridan.
With the assistance of William Pitt, the leader of the “Troy” group, he became a Member of Parliament for Newtown on the Isle of Wight, a rotten borough in 1793.
He rose quickly in British politics for his gift of the gab ability. Moreover, he gained popularity for his writing skill. Due to his oratory power and effective style of writing essays, he got promotion in the Cabinet within a brief period.
For his leadership ability, he received the support of a group of people who became known as the Canningites. Possessing a dominant personality, he often lost political allies for personal reasons.
On 2 November 1795, he served as Under Secretary of State for Foreign Affairs, his first ministerial post. During this time, he used to support Pitt in disputes with the Foreign Secretary Lord Grenville.
He resigned from the post of Foreign Minister on 1 April 1799. Later, he served as a Commissioner of the Board of Control for India. He served in this post till 1800.
In the year 1800, he worked as Paymaster of the Forces. In February 1801, when Pitt left his post as Prime Minister due to the opposition of the King to Catholic Emancipation, he too resigned from his post.
In 1803, he expressed his agreement regarding the declaration of war against France. The next year, he became Treasurer of the Navy but in 1805 he left this post as Addington was given a seat in the Cabinet.
In 1807, he took the responsibility of Foreign Secretary in the new government of the Duke of Portland. As Foreign Secretary, he played an active role for the planning of the attack on Copenhagen during the Napoleonic Wars.
Continue Reading Below
In 1809, he openly opposed the Secretary of State for War and the Colonies, Lord Castlereagh’s decision regarding the sending of troops to Netherlands. Due to their dispute, he fought a duel with Castlereagh in the month of September on Putney Heath. He got injured in the duel. This act of the two cabinet ministers created much uproar. After the resignation of Portland as Prime Minister, he also left his post.
In 1812, the new Prime Minister Lord Liverpool offered him the position of Foreign Secretary. But he refused the offer as he desired to become the Leader of the House of Commons.
In 1814, he worked as the British Ambassador to Portugal. In 1816, he became President of the Board of Control, though he left the post in 1820, owing to his relationship with Queen Caroline.
In 1822, he served as Foreign Secretary and Leader of the House of Commons. At that time, he successfully prevented South America from coming into the French sphere of influence.
In 1827, George IV selected him the Prime Minister of Britain. But Canning found it difficult to form a government as the Tory party divided itself between “high Tories” and “Canningites”. He remained the PM for only 119 days. 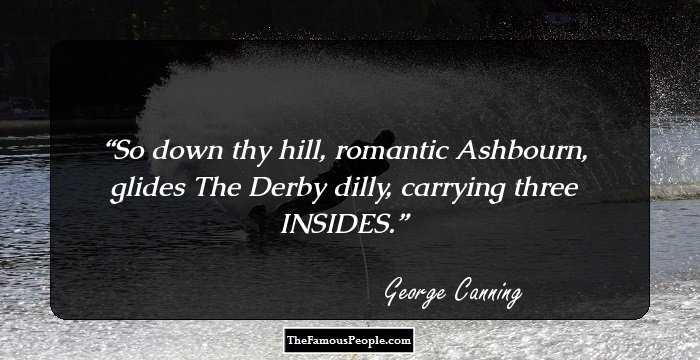 Personal Life & Legacy
In 1800, he got married to Joan Scott with whom he had four children. He had an illicit relation with Queen Caroline, wife of King George IV. On account of his poor health condition, he passed away during his tenure as the Prime Minister of the UK.
Trivia
This well known politician responded to a resolution by George Tierney, for peace negotiation with France. On this occasion, he delivered a speech which Pitt referred as ‘one of the best ever heard on any occasion'.
He is well known as the first British Foreign Secretary to play a crucial role in the affairs of Latin America where he devoted his valuable time. 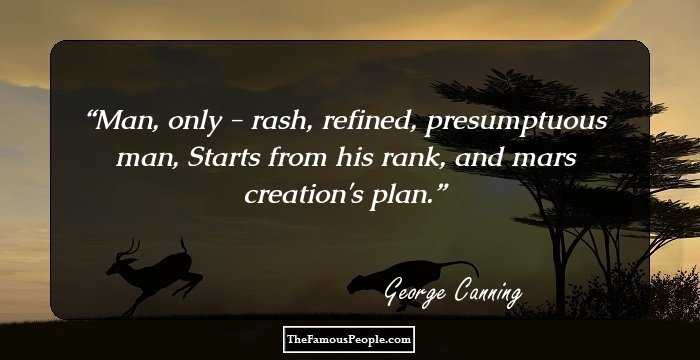 Quotes By George Canning | Quote Of The Day | Top 100 Quotes

See the events in life of George Canning in Chronological Order