Advanced Search
Michael Peter Balzary a.k.a. Flea is an Australian-American musician and actor who is one of the founding members of the rock band ‘Red Hot Chili Peppers’. More than eleven albums old, Red Hot Chili Peppers have become a phenomenal name in the rock culture. And much of it has been due to Flea. An eminent member of the band, Flea apart from Red Hot Chili Peppers has also contributed for bands such as ‘What Is This?’, ‘Fear’ and ‘Jane's Addiction’ as a bassist. He has also performed with rock supergroups like ‘Atoms for Peace’, ‘Antemasque’, ‘Rocket Juice & the Moon’ and so on. His magic as a bassist has been extraordinarily exceptional. Over the years, Flea has improved his bass-playing skills outstandingly. From sticking to the traditional roots to mix-matching the new culture, Flea has brought out something new and fresh in all his works. It is for this reason that Rolling Stone readers ranked him the 2nd best bassists of all time, behind only John Entwistle, in 2009. Three years later, he along with other members of the Red Hot Chili Peppers band was inducted into the prestigious Rock and Roll Hall of Fame. While music is his passion, Flea also has an obsession for acting. Ever since his music career launched in mid-1980s, Flea worked on his acting career as well and made several television and film appearances. See the events in life of Flea (Musician) in Chronological Order 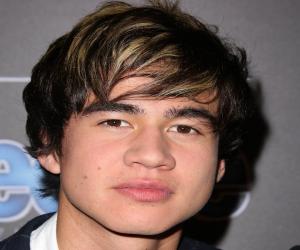