Fiona Loudon is a Scottish actress living in London who is best recognized as the first wife of famous actor Daniel Craig. Daniel is known for his portrayal of fictional British Secret Service agent James Bond, starting with the 2006 blockbuster movie 'Casino Royale'. Loudon herself is better known for her work on stage in London than for her work on screen; however, not much is known about her current career status. She was married to Daniel Craig only for a couple of years and shares a daughter named Ella Craig. Ella is an actress known for the short film 'Maneater' (2017) and the film 'Trauma is a Time Machine' (2018), and is also an Instagram star. While Fiona Loudon’s brief marriage to Daniel Craig had drawn a lot of attention, Loudon has always led a private life. Image Credit
https://www.youtube.com/watch?v=XIhKSsL1TcA
(You Should Know)

Dimitri Portwoo...
DID WE MISS SOMEONE?
CLICK HERE AND TELL US
WE'LL MAKE SURE
THEY'RE HERE A.S.A.P
Quick Facts

Fiona Loudon first grabbed the attention of the media in 1991, when her high profile relationship with popular actor Daniel Craig was revealed to the public. Despite always being in the eye of the paparazzi, they carefully avoided divulging details about their affair, just as she kept her family, education and upbringing under covers. Nevertheless, she remained a hot topic for tabloids throughout the next few years as the couple got married, welcomed a daughter, and eventually got divorced within two and a half years of their marriage. While Craig went on to earn more fame as the iconic secret agent James Bond, she stayed away from the limelight for the rest of her life. However, due to the fact that her ex-husband Craig has been romantically involved with several women in the past and later married actress Rachel Weisz, curiosity about his first marriage with Loudon remained afloat in the media for decades. Recently, she again surfaced on the news as her daughter with Craig, Ella, entered the entertainment industry as an actress.

Continue Reading Below
Family & Personal Life
Fiona Loudon was born on May 5, 1968 in Scotland. She studied acting and began performing on stage.
While Fiona Loudon and Daniel Craig never revealed how they got to know each other or how long they had been dating, the news of their affair first became known in 1991. The two, who were born two months apart and were in their early twenties, got married in 1992, and a few months later that year, welcomed their only child, daughter Ella Craig. However, their relationship came to an end two years later in 1994. She decided against marrying again and raised her daughter as a single mother in London. Talking about the divorce, Craig later said in an interview that he was very young at the time and had handled the marriage immaturely.
A few years after their divorce, Craig became involved in a 7-year relationship with German actress Heike Makatsch, which ended in 2004. The following year, he began dating film producer Satsuki Mitchell. The couple even got engaged, but called off the engagement in 2010. Eventually in December 2010, he began dating his longtime friend, actress Rachel Weisz, with whom he co-starred in the movie 'Dream House' in 2011. They got married in a private ceremony on June 22, 2011, in front of four guests, including Ella, his daughter with Loudon, and Henry Chance Aronofsky, Weisz's son with her former partner, filmmaker and screenwriter Darren Aronofsky. Ella, who is very close to her father and can often be spotted with him in the public, reportedly has a close relationship with her step-mother as well.
Fiona Loudon's daughter, Ella Craig, has followed her parents’ career path. She began acting in stage productions for Shakespeare and Company. In 2017, she acted in the short film 'Maneater', which tells the story of a young woman navigating the modern dating world. The following year, she appeared in the movie 'Trauma is a Time Machine'. She has also amassed many followers on Instagram for sharing candid pictures of her including behind the scene snaps and family photos.
Presently, Fiona Loudon resides in London with her daughter. 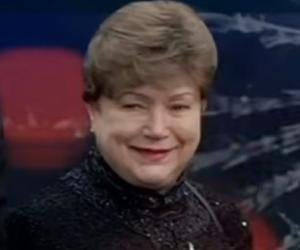