DID WE MISS SOMEONE?
CLICK HERE AND TELL US
WE'LL MAKE SURE
THEY'RE HERE A.S.A.P
Popularity Index
80
Quick Facts

Who is Shay Shariatzadeh?

Shay Shariatzadeh is a Canadian engineer and the wife of John Cenna. She became famous after being spotted with the WWE star John Cena. Apart from finding fame first as Cena’s girlfriend and then wife, Shay leads a successful life on her own. After graduating with a degree in Electrical Engineering from the University of British Columbia, Shay embarked on a career as a software test engineer and then switched to an applications engineer at Alpha Technologies. She previously worked at La Vie En Rose and Guess as a sales associate as well. However, she realized that her expertise lay in product management as it blended all her strengths together. Soon enough, she moved to work with the security solutions company Avigilon as their Product Manager. The couple got married on October 13, 2020. Shay Shariatzadeh’s rise to popularity began in March 2019 when she started dating the WWE champion John Cena. Until then, Shay lived an ordinary, fun-filled life as a successful engineer. With an aptitude for academics, Shay graduated with a bachelor’s degree in Electrical Engineering from the University of British Columbia in 2013. While studying for her degree, she kept herself busy and worked in many places to build her portfolio. She first joined the Vancouver-based company ‘La Vie En Rose’ as a sales associate and worked with them from November 2007 until September 2009. Next, she moved on to the famous retail company Guess as a sales associate from September 2009 until May 2011. She tasted her first real experience as an engineer with Alpha Technologies where she worked as a Software Test Engineer from May 2011 to September 2011. These served as her foundations for real-world experiences before she graduated.

After graduating, she returned to her previous company Alpha Technologies for two years. She first worked as an Electrical Engineer and then switched to the position of an Applications Engineer. In October 2014, she was part of the Engineers without Borders panel as well. She received a major career breakthrough in May 2015 when she joined the security solutions company Avigilon as their Product Manager. She decided to switch to product management because it seemed like the perfect blend of technical, business and people skills. Under Avigilon, she has several key products in her portfolio and boasts a wide range of achievements. She has often been featured and interviewed as a successful woman in the field of science and technology. She is currently a part of the team and continues to oversee most of the product launches of the company.

While Shay’s list of professional achievements is impressive, she has been in the news for other reasons. Her popularity stems from her personal life. After being spotted with John Cena on a few occasions, the media was naturally curious about the new woman in Cena’s life. It was later confirmed that Cena was indeed dating Shay.�

Shay Shariatzadeh was born in 1989 in Vancouver, Canada. Information about her early life, parents, and upbringing is not available. It has been reported that her mother is a famous surgeon in Canada and has served as Shay’s biggest inspiration all her life.

Trivia
She was inspired by her brother to pursue engineering. After witnessing her brother’s project for his engineering class, Shay decided that she wanted to follow the same path.
You May Like 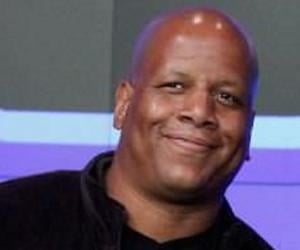