Ashley Jade Stern is the youngest daughter of Howard Stern, the famous radio and TV personality, who is best known for his radio show The Howard Stern Show. While Ashley was already popular at birth, she was more widely covered by the media when her parents decided to file for a divorce in 2001. As Ashley was just eight years old then, her custody was often the talk of the town and it was eventually decided that she was to live with her mother and stepfather. However, her father also offered to take full custody of her and her sisters. Since the family’s separation, the Stern sisters have decided to lead lives of their own. Despite being born to famous parents, Ashley Jade Stern has decided not to enter the big screen and has consciously stayed away from the public eye. While many speculated that she would become an actress or join theatre, Ashley seems to lead a contended life behind the screens. She is also not active on any of the social media networks and continues to lead a low-key lifestyle. 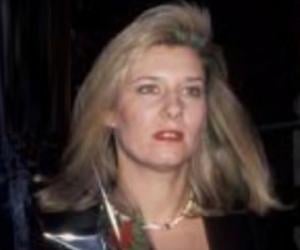 Tiffany Trump
Continue Reading Below
DID WE MISS SOMEONE?
CLICK HERE AND TELL US
WE'LL MAKE SURE
THEY'RE HERE A.S.A.P
Quick Facts

Ashley Jade Stern was born into the limelight, as she was the daughter of the famous radio personality Howard Stern. Her father’s successful career as a radio show host stretched into his personal life as well, and his family was often the subject of intense media scrutiny over the years. Her parents were introduced to each other by mutual friends while they were studying at Boston University, and Howard Stern admitted to knowing that he wanted to marry Alison Berns within a week of their relationship. They eventually married when they were just 24 years old, at Temple Ohabei Shalom in Brookline, Massachusetts. Ashley’s entry into the family after fifteen years of her parents’ wedding was welcomed by all and her birth was covered generously in the media.

Since then, despite not actively talking to the public, the Stern family has been the focus of many outlets and curiosity. Howard Stern also took active measures to protect his children from the media and ensured that their personal lives were not exposed to the public. When Ashley Jade Stern’s parents filed for a divorce, Ashley came into the limelight again. Her parents were often touted as the ‘ideal couple’ and their separation came as a shock to many. The public, at the same time, wanted to see how their children managed during these stressful hours and Ashley, who was just eight years old then, was the main focus. However, the Stern family managed to float through this and Ashley and her sisters decided to live with their mother. Since then, she has managed to stay away from the popular narrative and lead a life on her own. Despite being born in the age of Internet and social media networking, Ashley Jade Stern is not active on any social media channels and has consciously chosen to not include herself in the public eye. She leads a low-key lifestyle behind the cameras and rarely talks to the media.

Ashley Jade Stern was born on January 24, 1993 in Old Westbury, Long Island in New York. Her father, Howard Stern, is the famous radio personality, author and actor. Her mother, Alison Berns, was a student at Boston University when Ashley’s parents met each other. Ashley has two older siblings: Emily Beth Stern and Deborah Jennifer Stern. Her sister, Emily, is a popular actress, whereas Deborah is a former actress who currently runs her own consulting.

Ashley Jade Stern was born after fifteen years of her parents’ marriage. Despite being born to a famous celebrity, Ashley’s life along with her siblings was highly guarded from the media and information about her education and upbringing is not available to the public. Ashley’s parents divorced each in 2001, much to the shock of their fans. Her mother remarried David Scott Simon, and her father married actress and model Beth Ostrosky.