Eugene Gladstone O'Neill was a renowned American playwright. He remained one of the pioneers in introducing poetically titled plays, which were usually used by certain playwrights of Russia, Sweden and Norway. O'Neill’s tragic masterpiece, ‘Long Day's Journey Into Night’, produced after his death in 1956, is not only considered his best work but also listed among greatest American plays of the twentieth century. His long line of remarkable plays includes ‘Beyond the Horizon’, ‘Anna Christie’, ‘The Emperor Jones’, ‘Desire Under the Elms’, ‘Ah, Wilderness!’, and ‘The Iceman Cometh’. A few of his one act plays are ‘A Wife for a Life’, ‘Fog’, ‘Before Breakfast’ and ‘Exorcism’. He was one of the pioneers to use colloquial American speeches in plays. Many of his characters hailed from outskirts of society and strived to keep up their expectations but finally slipped into discontentment due to adversities. A certain degree of hardship, struggle, melancholy and pessimism prevail in most of his plays. The only notable comic play, among the few he had written in the genre, that became famous is ‘Ah, Wilderness!’. He received the Nobel Prize for Literature in 1936.
Continue Reading Below American Celebrities
American Men
Libra Writers
Male Writers
American Writers
Childhood & Early Life
He was born on October 16, 1888, in the ‘Barrett House, a family-style hotel in New York, in an Irish family to James O'Neill and Mary Ellen Quinlan.
His father was an actor and due to his father’s touring profession his mother also travelled extensively and settled down shortly only during births of her three children. His early childhood saw him hovering between hotel rooms, backstage and trains.
He faced a challenging childhood as his father suffered from alcoholism and his mother was a morphine addict.
Around his seventh birthday, he was sent to ‘St. Aloysius Academy for Boys’, a boarding school in Bronx where he spent years growing up in a strict Catholic atmosphere.
During summers he stayed at family’s only permanent residence, the ‘Monte Cristo Cottage’, besides the Thames River in New London, Connecticut.
In 1900 he came back to New York and studied at the ‘De La Salle Institute’ for two years. Thereafter he attended the ‘Betts Academy’ in Stamford, Connecticut.
He enrolled in the ‘Princeton University’ in 1906 only to drop out after ten months. He was either suspended due to misconduct or violation, short attendance or due to his own disorientation in studies.
For the next six years he led an aimless and negligent life on the banks of New York City, Liverpool and Buenos Aires. Soon he became an alcoholic and even made suicide attempt.
However, at 24 years of age he started working with the ‘New London Telegraph’ as a reporter and also as a contributor to its poetry section. After a few months he became a victim of tuberculosis and had to undergo treatment for six months during 1912 to 1913 in the ‘Gaylord Farm Sanitarium’ in Wallingford, Connecticut.
After recovery, he resolved to full time writing. The incidents that encompassed his life prior to his stay at the sanatorium reflect in his classic play, ‘Long Day's Journey into Night’.
Continue Reading Below
You May Like

Who Is The Most Popular BTS Member?
Career
In 1914 he enrolled at the ‘Harvard University’ to study dramatic technique under the guidance of Professor George Baker, but dropped out after a year before completing the course.
He wrote many remarkable plays during 1910s and 1920s. Some are ‘Beyond the Horizon’ (1918), ‘Anna Christie’ (1920), ‘The Emperor Jones’ (1920), ‘The Hairy Ape’ (1922), ‘All God's Chillun Got Wings’ (1924), ‘Desire Under the Elms’ (1924), ‘Lazarus Laughed’ (1925–26), ‘The Great God Brown’ (1926) and ‘Strange Interlude’ (1928).
His association with the ‘Provincetown Players’, a group of writers, artists, intellectuals and amateur theater enthusiasts, started in the middle of 1916. All his one-act sea plays and a few others were produced by the group in their theaters from 1916 to 1920.
His first full length play ‘Beyond the Horizon’ that opened in February 2, 1920 in the ‘Morosco Theater’ on ‘Broadway’ garnered accolades from the audience and received the ‘Pulitzer Prize for Drama’. His other works that earned the ‘Pulitzer Prize for Drama’ are ‘Anna Christie’ in 1922, ‘Strange Interlude’ in 1928 and ‘Long Day's Journey Into Night’ in 1957.
His play ‘The Emperor Jones’ that was performed in ‘Broadway’ in 1920 remains his first major hit. The play made indirect reference to that year’s debatable subject for the presidential election, the US occupation of Haiti.
The following two decades saw a gradual rise in his reputation as a dramatist, not only in the US but in other countries as well. His works were extensively translated and produced after those of the greats like George Bernard Shaw and William Shakespeare.
O'Neill's most notable short plays were ‘Bound East for Cardiff’ (1914), ‘In The Zone’ (1917), ‘The Long Voyage Home’ (1917) and ‘Moon of the Caribbees’ (1918). All the four plays that display characters on the ‘Glencairn’, an imaginary ship were made into a single film, ‘The Long Voyage Home ‘ by John Ford and released on October 9, 1940.
Many African-American writers were influenced by him especially Paul Leroy Robeson who worked with him in three productions namely ‘The Emperor Jones’ and ‘All God's Chillun Got Wings’ in 1924, and ‘The Hairy Ape’ in 1931.
His other remarkable works post 1920s are ‘Mourning Becomes Electra’ (1931), ‘Ah, Wilderness!’ (1933), ‘The Iceman Cometh’ (1940), ‘Hughie’ (1941) and ‘A Touch of the Poet’ (1942).
Continue Reading Below
His autobiographical ‘Long Day's Journey Into Night’ (1941), which was produced posthumously in 1956 is considered his finest work. He wanted the play to be made public only after 25 years of his death.
He became a member of the famous theater club, ‘The Lambs’ in 1950.
Awards & Achievements
In 1936 he received the Nobel Prize for literature.
Personal Life & Legacy
From October 2, 1909 to 1912 he was married to Kathleen Jenkins. The couple had a son Eugene O'Neill, Jr.
From April 12, 1918 to 1929 he was married to writer Anges Boulton. They had two children, Oona and Shane.
Just after his divorce with Anges, he married actress Carlotta Monterey in 1929.
He disowned his daughter Oona in 1943 after the 18-year-old married 54-year-old actor-director-producer Charlie Chaplin. O'Neill’s relation with both his sons, who committed suicide at different point of time, was also strained.
He suffered from various health issues especially shivering in his hands which restricted his writing ability at the later stage of life.
On November 27, 1953, he died in Boston, in a room of the ‘Sheraton Hotel’. He was buried in Boston in the ‘Forest Hills Cemetery’.||P
You May Like

See the events in life of Eugene O'Neill in Chronological Order 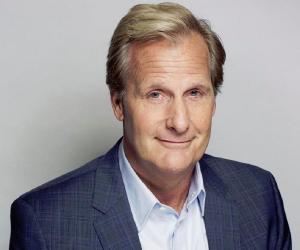 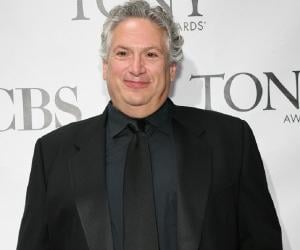