Billy Van Zandt is an American actor and playwright. He has written and starred in numerous plays, series and movies. The stage and screen performer has also created numerous television productions including The Wayans Bros. He has acted in movies including ‘Star Trek: The Motion Picture’ and ‘Jaws 2’. He was nominated for Emmy awards for his television special ‘I Love Lucy: The Very First Show’. His partner in writing is Jane Milmore who is a television artist herself. Together they have done many TV shows and plays which have been translated into multiple languages. They have been called “masters of modern farce” by The New York Times for their impeccable blend of physical comedy and adult humor on their shows. 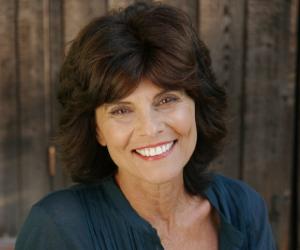 Miles Teller
Actors #4612
Playwrights #150
Writers #1233
Continue Reading Below
DID WE MISS SOMEONE?
CLICK HERE AND TELL US
WE'LL MAKE SURE
THEY'RE HERE A.S.A.P
Quick Facts

American People
American Men
New Jersey Actors
Tall Celebrities
Tall Male Celebrities
Career
Billy Van Zandt made his acting debut in 1978 in the movie ‘Jaw 2’. In 1979, he was cast as an alien Starfleet ensign in the popular movie ‘Star Trek: The Motion Picture’. In 1980, he was seein in the TV series ‘Skag’. In 1981, he was cast in the movie ‘Taps’ after which he turned his attention to writing for television.
He started off as a story editor and writer on the hit series ‘Newhart’ from 1988 to 1989. He returned to acting in 1989 to play Harold on the sitcom ‘Anything But Love’, against his longtime writing partner, Jane Milmore and became a regular member of the show. However, both left the show during the second season even though they wrote numerous episodes of the series together. From the 80s to the present they have continued to write plays, at least one per year. Van Zandt was the lead actor and director of his drama troupe and each play was sold to Samuel French.
He is the co-author and star of the Off-Broadway plays ‘Drop Dead!’, ‘You've Got Hate Mail’, ‘Silent Laughter’, and 21 other theatrical plays written with Jane Milmore. ‘You've Got Hate Mail’ turned out to be an Off Broadway hit and ran at the Triad Theatre from 2010 to 2015. They also co-authored ‘A Night at the Nutcracker’, ‘Wrong Window’, and ‘Love, Sex, and the I.R.S’. He also authored ‘The Property Known as Garland’ which ran Off-Broadway at the Actor's Playhouse in 2006.
Billy Van Zandt was nominated for an Emmy Award for his television special ‘I Love Lucy: The Very First Show’. He won People's Choice and NAACP Image Awards for his work on the Martin Lawrence comedy ‘Martin’ and a Multicultural Prism Award for the television show ‘The Hughleys’.
You May Like

Male Writers
American Actors
American Writers
Sagittarius Actors
Continue Reading Below
Family & Personal Life
Billy Van Zandt was born on December 13, 1957, in Red Bank, New Jersey, to Mary H. Lento and William Brewster Van Zandt. He is of Italian and Dutch descent. He grew up in Middletown Township, New Jersey. Van Zandt is the half -brother of musician/actor Steven Van Zandt.
He married actress Adrienne Barbeau on December 31, 1992. They later co-starred together in the 1999 film ‘A Wake in Providence’. They have twin sons, William and Walker. Billy Van Zandt and Adrienne Barbeau filed for divorce in 2018.
Recommended Lists: