Lauren Elle Duncan is an American sports anchor for ESPN. She is also a TV host, reporter, actress, and a writer. Well known for working as the Atlanta Hawks sideline reporter, she has been named as the Top 25 Women in Atlanta by ‘The Steed Society’. ‘Jezebel’ magazine has also listed her as one of the 50 Most Beautiful Atlantans. She was acclaimed for her cameo appearance in the movie ‘Ride Along’ as well. In 2011, she won the Inspiring Women Award at Atlanta Dream. A socially conscious lady, Duncan has been involved with the non-profit organization Walker, which specializes in education, behavioral health, and residential treatment for children and youth. While she was working at V-103, she launched a ‘Cause & Effect’ series to identify underexposed local NGOs. Under the series, she organized different events throughout Atlanta to raised funds for these underexposed NGOs. She also served as a spokesperson for Enchanted Closet, an organization which provides prom dresses, shoes, and accessories to disadvantaged girls. Hallie Jackson
TV Anchors #98
Media Personalities #1079
Continue Reading Below
DID WE MISS SOMEONE?
CLICK HERE AND TELL US
WE'LL MAKE SURE
THEY'RE HERE A.S.A.P
Quick Facts

American People
Female TV Anchors
American TV Anchors
Women Media Personalities
American Female Tv Anchors
Career
Elle Duncan began her career in her hometown Atlanta as an intern with an American syndicated sports talk radio show called ‘2 live Stews’ on 790/The Zone, where she served for a year. After a year, Atlanta host Ryan Cameron hired her at V-103, and invited her to join the ‘Ryan Cameron Show’. While at ‘V-103’, she served as a traffic reporter and on-air personality.
In 2009, she hosted an afternoon show at the radio station. Next, she was given the responsibility to handle sports reporting for the morning show called ‘Frank and Wanda’. During her tenure at V-103, she was also a contributor with the Atlanta Falcons radio network for their pre- and post-game shows. Elle also worked as the Atlanta Hawks sideline reporter, and a freelance sideline reporter for SEC and ACC football games on Comcast Sports South. In 2012, she was hired as the traffic reporter at NBC Affiliate WXIA-TV.
In 2014, she joined New England Sports Network (NESN), a regional sports cable and satellite television network based in Boston. She served as an anchor, reporter, and host, and started co-hosting‘NESN Live’ with Sarah Davis. The show was presented by Cross Insurance. The show featured updates from NESN reporters and game-day analysis from Fenway Park, TD Garden, and Gillette Stadium.
During her tenure at NESN, she also worked as a sideline reporter for the Red Sox, and hosted coverage of Super Bowl XLIX between the New England Patriots and Seattle Seahawks from Glendale, Arizona. In the same year, she appeared in the 2014 movie ‘Ride Along’ as a news reporter.
In May 2016, she was named a ‘SportsCenter’ anchor on ESPN at its headquarters in Bristol, CT.She also served as the host of the American talk show ‘FishCenter Live.’
You May Like

American Media Personalities
American Female Media Personalities
Continue Reading Below
Personal Life
Elle Duncan was born in 1983 in Atlanta, in the state of Georgia. She attended the State University of West Georgia and graduated with a degree in journalism. In April 2013, she was arrested for reckless driving under influence of alcohol, while she was working as an 11Alive traffic reporter and Atlanta Hawks sideline reporter. She married actor Omar Abdul Alion July 9, 2016. 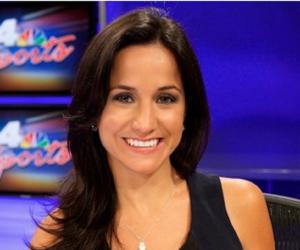 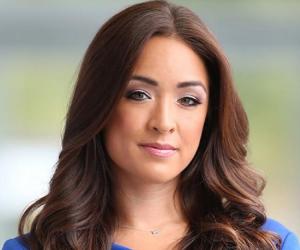