Melissa Katherine Rycroft-Strickland is an American showbiz personality who has made her mark as a television diva, host and dancer. Rycroft danced for the Dallas Cowboys Cheerleaders team for a couple of years before starring in the CMT reality TV series ‘Dallas Cowboys Cheerleaders: Making the Team’. She gained attention as a bachelorette in the thirteenth season of ABC aired reality television series ‘The Bachelor’ where she emerged as the winner but was dumped by Jason Mesnick who rekindled his relationship with the show’s runner-up Molly Malaney. Rycroft partnered with Tony Dovolani in the eighth and fifteenth seasons of the dance competition television series ‘Dancing with the Stars’ and won the latter season. She again featured in season 27 of the series as a trio partner. She appeared as special guest co-host during first season of reality television game show ‘Bachelor Pad’; hosted the Tribune morning show, ‘Morning Dose’; and went on to co-host the reality-competition series ‘Redneck Island’. She and her husband Tye Strickland featured in their own reality show ‘Melissa & Tye’ that aired on CMT; and runs their weekly podcast ‘Logically Irrational’, episodes of which release every Thursday morning on iTunes. 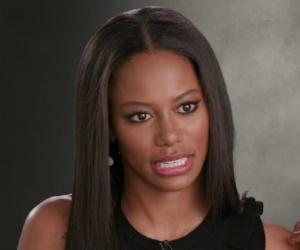 Melissa Katherine Rycroft was born on March 11, 1983, in Dallas, Texas, US, in the family of Bob Rycroft and Mary Rycroft. She started studying dance at a young age and was considered the hottest hoofer at her high school, the Newman Smith High School in Carrollton, Texas. In 2001, while in her senior year there, Rycroft served as first lieutenant of the school’s drill team.

She attended University of Oklahoma, where she remained a member of Alpha Chi Omega. She later transferred to the University of North Texas and graduated from there with a degree in Marketing and Finance in 2005.

Following her graduation, Rycroft gave audition for the National Football League cheerleading squad ‘Dallas Cowboys Cheerleaders’, which represent the Dallas Cowboys team. Rycroft danced as a cheerleader of the squad from 2006 to 2008.

She took part in the thirteenth season of ABC reality television series ‘The Bachelor’ as one of the 25 bachelorettes competing for bachelor and single parent Jason Mesnick. The season premiered on January 5, 2009, and aired till March 3 that year. Rycroft was named winner of the show during the season finale on March 2, 2009, however during the ‘After The Final Rose’ special, Mesnick dumped Rycroft realizing that he still loves the season’s runner-up Molly Malaney and proposed Malaney, which the latter accepted.

After gaining attention as ‘The Bachelor’ star, Rycroft took part in the eighth season of the ABC aired American dance competition television series ‘Dancing with the Stars’. She replaced co-host of ‘Access Hollywood’ Nancy O'Dell in the dance competition show who withdrew from the contest due to a torn meniscus. Rycroft partnered with lbanian-American professional ballroom dancer, Tony Dovolani in the competition and had just two days to practice her first dance. The duo made it to the finals and finished at the third place in the competition on May 19, 2009. The two again performed together during season fifteen of the show called ‘Dancing with the Stars: All-Stars’. It premiered on September 24, 2012, and ended on November 27, 2012, with Rycroft and Dovolani emerging as champions of the season marking the first win for Dovolani. Rycroft later hosted the Dancing with the Stars live tour in 2015 and featured as a trio dance partner with Juan Pablo Di Pace and Cheryl Burke during the ‘Trio Night’ week in season 27 of the show in 2018.

Meanwhile she served as special guest co-host during first season of the elimination-style two-hour reality TV game show ‘Bachelor Pad’ that premiered on August 9, 2010, on ABC.

She collaborated with her husband Tye Strickland and launched their own reality television series ‘Melissa & Tye’. They starred in the series that ran on CMT for a season comprising eight episodes from April 20, 2012, to June 8 that year. The first episode of the series titled ‘Stars in Their Eyes’ also featured writer-director Evan Kaufmann.

Rycroft featured as co-host of Tribune early morning wake-up program ‘Morning Dose’ and left the show on June 1, 2018. On November 8 that year, Rycroft and Strickland came up with their podcast ‘Logically Irrational’. YEA Networks is producing and distributing this weekly podcast which release an episode each Thursday morning on iTunes and witness the couple delving into relationships, family, reality TV and pop culture in a hilarious and logically irrational way.

According to sources, Rycroft met a boy in school and developed romantic association with him. They had a seven-year relationship which ended abruptly when the boy broke off with Rycroft while they were attending college.

During ‘The Bachelor’, she became engaged with Jason Mesnick, however this relationship also failed when Mesnick called off their engagement explaining that he was still in love with Malaney and went on to marry the latter in 2010.

Rycroft then rekindled her relationship with former boyfriend, salesman, Tye Strickland from Southlake, Texas. On December 12, 2009, Rycroft and Strickland married at sunset in a beach ceremony in Isla Mujeres in Mexico. Together they have three children - daughter Ava Grace, born on February 16, 2011; and sons Beckett Thomas and Cayson Jack born on April 20, 2014, and May 18, 2016, respectively. Rycroft published a book on June 5, 2012, titled ‘My Reality’ where she recounted the way Strickland took her casually and for granted, broke off their relationship repeatedly and also dated other women.

See the events in life of Melissa Rycroft in Chronological Order