Dianne Buswell is a ballroom dancer and reality television personality from Australia. She has become popular for her appearances on the reality dance competition shows ‘So You Think You Can Dance Australia’, ‘Dancing with the Stars’ (Australia), and the British series ‘Strictly Come Dancing’. A native of Bunbury, Buswell started dancing when she was four years old. As she grew up, she became adept in both Latin American and ballroom dancing and was an Australian state, national, and international finalist in both the styles. She was also the winner of the Western Australian Open Ballroom Championships and the runner-up in the Australian Championships in 2010. She has also been one of the finalists in the Singapore Millennium Championships. In 2011, she became a part of the live dance show, ‘Burn the Floor’. Buswell appeared in the Australian version of ‘Dancing with the Stars’ as a contestant in 2015. In 2017, she joined BBC’s ‘Strictly Come Dancing’. Her celebrity partner in her first season was Reverend Richard Coles. She has subsequently served as the professional partner of television presenter Tim Vincent in ‘Strictly Come Dancing's 2017 ‘Children in Need’ special and YouTuber, writer, and vlogger, Joe Sugg, in the 16th series of the show. 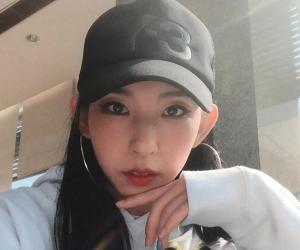 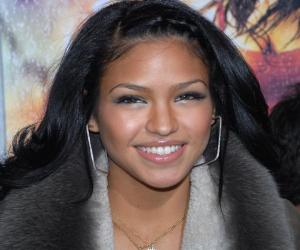 Cassie Ventura
Dancers #149
DID WE MISS SOMEONE?
CLICK HERE AND TELL US
WE'LL MAKE SURE
THEY'RE HERE A.S.A.P
Quick Facts

Australian People
Australian Dancers
Australian Female Dancers
Taurus Women
Career
Dianne Buswell was featured on Network Ten’s ‘So You Think You Can Dance Australia’. She has won Australian Open Championship one time and was the finalist in Amateur Australian Open four times. In both Latin American and ballroom styles, she reached the Australian state, national, international finals. In 2010, she finished second in the Australian Championships. She also participated in several international competitions including the Singapore Millennium Championships, where she reached the finals as well.
In January 2011, she was cast in the live dance show, ‘Burn the Floor,’ as part of which she performed at Broadway in New York City. She has also worked in musicals like ‘Rock of Ages’ and ‘Legally Blond’.
In 2015, she was cast in Seven Network’s light entertainment reality show ‘Dancing with the Stars’ (Australia). She served as the professional partner to AFL star Jude Bolton. The duo was the fifth team to be eliminated from the competition. The eventual winners were radio and television presenter Emma Freedman and choreographer and professional dancer Aric Yegudkin. After she was eliminated from ‘Dancing with the Stars’, Buswell returned to US to perform with ‘Burn the Floor’ once more.
She then took part in BBC One’s ‘Strictly Come Dancing,’ a dance competition reality television series. Developed by Karen Smith, the show premiered on May 15, 2004. It is currently presented by Tess Daly and the judging panel is comprised of Bruno Tonioli, Craig Revel Horwood, Darcey Bussell, and Shirley Ballas. Buswell joined the show in its 15th series as a professional dancer. Her first partner was the Church of England priest and radio presenter, Reverend Richard Coles. She made her first appearance on the first episode of the season, which aired on September 23, 2017, and performed to Eurythmics’ ‘There Must Be an Angel' with Reverend Coles. In the following week, they danced to Billy Ocean’s ‘Love Really Hurts Without You’. They were eventually eliminated in week three after performing to Queen’s ‘Flash’ and being defeated in the dance-off by chef and restaurateur Simon Rimmer and Venezuelan dancer Karen Clifton.
For ‘Strictly Come Dancing's 2017 ‘Children in Need’ special, Buswell was put in a team with television presenter Tim Vincent. In the 16th series of the show, the producers paired her up with YouTuber, writer, and vlogger, Joe Sugg. The series premiered on September 8, 2018. For Buswell and Sugg’s first performance, Norwegian band A-ha’s ‘Take on Me’ was chosen. She has also appeared in the documentary series ‘Strictly Come Dancing: It Takes Two’, which serves as the companion show to ‘Strictly Come Dancing’. In 2018, Buswell was featured in an episode of BBC’s ‘The One Show’.
You May Like

The Best Black Actresses Of All Time
Continue Reading Below
Family & Personal Life
Born on May 6, 1989, in Bunbury, Australia, Dianne Buswell is one of the four children of Mark and Rina Buswell. She has two sisters and one brother named Andrew. Buswell’s parents always encouraged her and her siblings to pursue their dreams. Andrew is also an accomplished dancer.
Buswell began taking ballroom dancing lessons when she was four years old. She later started training in Latin American dancing as well. She and her brother participated together in the 2008 and 2010 Adult New Voyage Championships and won both times.
In December 2017, Buswell met English actor Anthony Quinlan through their mutual friend Gemma Atkinson. They began dating soon after. In early 2018, the couple opted for a short break from each other when their long-distance relationship was not working. They later got back together. They eventually called it quits in October 2018 in the midst of rumours claiming that she was getting increasingly closer to her celebrity partner, Joe Sugg. One source apparently told ‘Daily Mail’ that they are a fiery pair and had been quarrelling quite a lot lately.