(Lead Singer of 'the Supremes', the Best-Charting Female Group in History)
Advanced Search

Golden Globe winning actress, Diana Ross has enjoyed success as a musician both in the United States and the United Kingdom. With an aggregate sale of over 100 million records across the globe, Ross has earned a respectable and admirable position in the music industry. One of the few female artists in her field to have delivered more than 70 hit singles, Diana Ross is also one of the few artists who have two stars on the Hollywood Walk of Fame. In spite of having roadblocks and personal setbacks, a strong and hardworking Ross has never let anything affect her career spanning over four decades. Diana Ross began her musical career as a lead singer for the group, ‘The Supremes’, after which an ambitious Ross left the group to pursue a solo career. She also made appearances in many films and television shows. She has established herself as one of the most legendary and iconic female musicians of all time and inspired a generation of musicians and singers including, Beyoncé Knowles. Diana Ross was born on March 26, 1944, in Detroit, Michigan to Fred Ross, Sr., a U.S. Army soldier and mother Ernestine, who was a school teacher.

She lived with her family at Belmont Road, Detroit and later in 1958, she, along with her family, moved to St. Antoine Street and lived at the Brewster-Douglass housing projects.

She attended the Cass Technical High School, a four-year college preparatory magnet school in downtown Detroit and graduated in the year 1962. She also worked at the Hudson's Department Store. 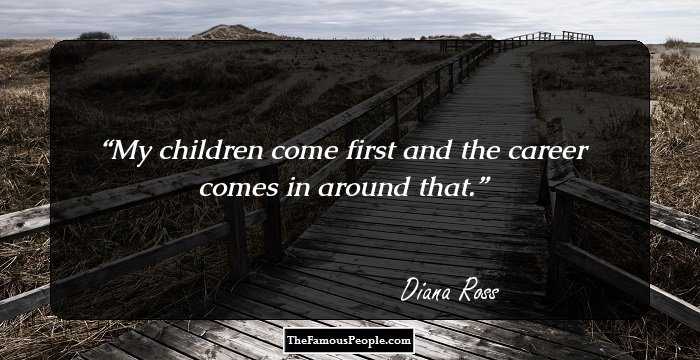 In 1959, Diana Ross became part of the female singing group, ‘The Supremes’, who were an enormously successful vocal group in the 1960’s. She was the hairstylist, seamstress and costume designer for the group.

In 1963, as a member of ‘The Supremes’, she recorded their first song, ‘When the Lovelight Starts Shining Through His Eyes’. She gave the lead vocals for the song.
In 1964, she again delivered the lead vocals for ‘The Supremes’, for their song, ‘Where Did Our Love Go’. The song was a hit and it peaked on the music charts.
In 1968, she was a cast member of the TV show, ‘TCB’, which was a musical reveu show that was recorded before live audience and it was broadcast on the NBC network.
In 1970, she released her debut solo album titled, ‘Diana Ross’, which was released under the Motown label. The album featured her first solo single ‘Reach Out and Touch’.
On November 3, 1970, she came out with her second album, ‘Everything Is Everything’. The album featured the hit single, ‘I'm Still Waiting’, which reached the number one position on the UK music charts.
Released in the year 1971, her third solo album, ‘Surrender’ was critically acclaimed and commercially successful. The album’s title song ‘Surrender’ was a big hit in the United Kingdom.

In 1972, Ross played the role of jazz singer Billie Holiday in the Academy Award nominated biographical drama film, ‘Lady Sings the Blues’. The film was showcased at the 1973 Cannes Film Festival.

In 1973, she came out with her alum, ‘Touch Me in the Morning’, which was released under the Motown Records label. The title track of the album was a number one hit on the music charts.

Continue Reading Below
In 1976, she released her second self-titled album, ‘Diana Ross’, which became one of her bestselling albums. The album included the hit singles, ‘Love Hangover’ and ‘Theme from Mahogany’.
In 1977, she hosted the popular one-woman show, ‘An Evening with Diana Ross’ that ran on Broadway. The show was made into an album later and it was an award winning show.

In 1979, she came out with the album, ‘The Boss’, which was produced by Nickolas Ashford & Valerie Simpson. The album sold in good numbers and was certified platinum.

Released in 1981, her platinum certified pop/contemporary ‘Why Do Fools Fall in Love’ was her first album after she left the Motown label. She went on a successful world tour in order to promote this album.
On September 13, 1984, she released the album, ‘Swept Away’, which produced a number of hit songs. Some of the singles include, ‘Missing You’, ‘Swept Away’ and ‘Telephone’.
In 1991, she came out with the album, ‘The Force Behind the Power’, which was not a very successful album in the U.S.A but was relatively successful in other parts of the world.
In 1994, she starred in the Television movie, ‘Out of Darkness’, in which she played the role of a schizophrenic patient, ‘Paulie Cooper’. The film earned her a Golden Globe nomination for the category of ‘Best Actress’.
In the year 1995, her studio album, ‘Take Me Higher’ was released. The album was considered as one of her fine works by many of her fans. The title track of the album was very successful.

In 2000, Diana Ross was one of the main headliners for the ‘VH1 Divas 2000: A Tribute To Diana Ross’. It was an honours concert held for ‘The VH1 Save The Music Foundation’.

Continue Reading Below
In 2006, she released the album, ‘I Love You’ both in the United States and parts of Europe. The album featured the songs, ‘I Want You’, ‘Crazy Little Thing Called Love’ and ‘Remember’.
In 2008, she was one of the performers at the Nobel peace Prize concert and some of the songs she sang include, ‘Where Did Our Love Go’ and ‘Ain't No Mountain High Enough’, among others.
In 2012, she appeared in the TV show, ‘Christmas in Washington’, which was an annual TV special programme that featured different stars from the field of entertainment. 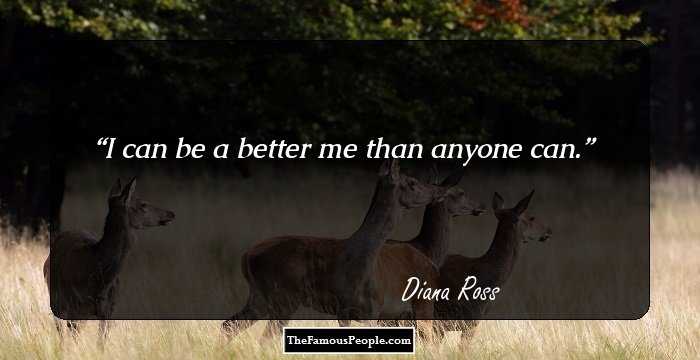 Quotes: Me, I
Major Works

Diana Ross gave the lead vocals for the song, ‘Where Did Our Love Go’, which peaked at the number one position on the Billboard Hot 100. It was also ranked at the 472 position on Rolling Stone's ‘500 Greatest Songs of All Time’.

The title track ‘Touch Me in the Morning’ of her 1973 album of the same name was a major hit and peaked at the number one position on the Billboard Hot 100 and stayed in the same position for a period of 21 weeks.

In 1973, Diana Ross received the Golden Globe for the category of ‘Most Promising Newcomer – Female’ for the film ‘Lady Sings the Blues’.

In 1977, she received the Tony Award for the category of ‘Best Musical Special’ for ‘An Evening With Diana Ross’. 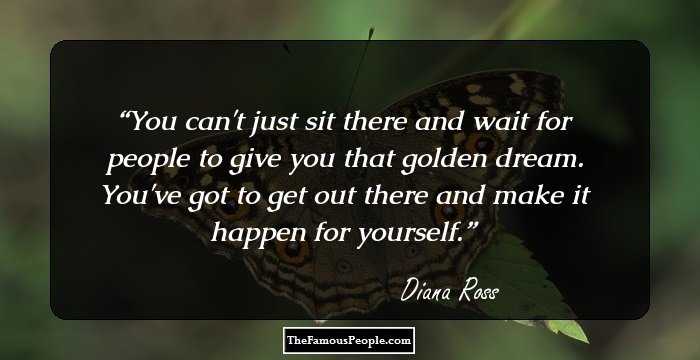 Around 1965, Diana Ross got romantically involved with Motown CEO Berry Gordy, which resulted in the birth of her eldest child, Rhonda Suzanne Silberstein, in August 1971.

In January 1971, she married music executive Robert Ellis Silberstein with whom she had two daughters. The couple divorced in 1977.

In 1986, she married Arne Næss Jr., who was a Norwegian billionaire and shipping magnate. They had two children together but they divorced in 2000.

She was the inspiration behind the character of ‘Deena Jones’ in the film, ‘Dreamgirls’.
Trivia
This Golden Globe winning actress was once arrested at an airport for allegedly grabbing a security guard's breast.

See the events in life of Diana Ross in Chronological Order