Rhonda Ross Kendrick is a film and television actress from America. She is also a singer-songwriter, real-estate broker, and a prominent public speaker. A native Californian, she is the biological daughter of Diana Ross and Berry Gordy, the founder of Motown Records. She earned her college degree from Brown University and made her screen debut in the 1985 martial arts film ‘The Last Dragon’. She debuted on the small screen in the TV movie ‘Out of Darkness’. In the ensuing years, she has appeared in TV shows like ‘Oddville, MTV’, ‘Cosby,’ ‘The Temptations’, ‘Another World’, and ‘Girlfriends’. She has also been featured in several films, including ‘Personals’ and ‘Crackdown Big City Blues’. As a singer, she put out her debut studio album, ‘In Case You Didn’t Know’, in 2016.
Continue Reading Below 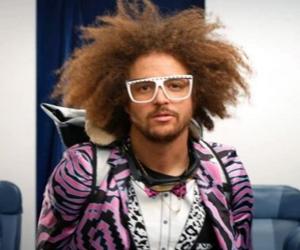 American People
Black Musicians
Public Speakers
Black Jazz Singers
Lyricists & Songwriters
Career
After graduating from high school, she attended Brown University. In 1985, she played a character credited as the 7th Heaven Dancer in the martial arts film ‘The Last Dragon’. The film also stars Taimak, Vanity, and Christopher Murney. Seven years later, in 1992, she was featured in the documentary about her mother, titled ‘Diana Ross Live! The Lady Sings... Jazz & Blues: Stolen Moments’. She worked with her mother in the 1994 telefilm, ‘Out of Darkness’.
In 1997, she was featured in the comedy show, ‘Oddville, MTV’, alongside Rich Brown, Melissa Gabriel, and John Walsh. She appeared in a season-two episode of CBS’ sitcom, ‘Cosby’. She was featured in her first film since ‘The Last Dragon’ in 1998 when she was cast in Kelley Sane’s comedy film, ‘Franchesca Page’. That year, she also made an appearance at the 25th Daytime Emmy Awards. She played a recurring character in the 1998 miniseries ‘The Temptations’, which was based on the legendary Motown band of the same name. In the 1999 romance drama ‘Personals’, Kendrick shared screen space with the likes of Malik Yoba, Stacey Dash, and Monteria Ivey. From 1997 to 1999, she played Toni Burrell in seven episodes of the NBC soap opera ‘Another World’. For her performance, she was nominated for a Daytime Emmy Award in 1998.
Kendrick guest-starred in 2000 in a season one episode of UPN/The CW comedy show, ‘Girlfriends’. After her appearance in the series, she took a hiatus from acting for 18 years. She eventually returned in 2018, playing a character named Reta in Paul DeSilva’s drama film, ‘Crackdown Big City Blues’. Kendrick is set to play Goddess Maat in the upcoming sword and sorcery film ‘Protector of the Gods’.
You May Like

Black Miscellaneous
Black Public Speakers
Rhythm & Blues Singers
Black Rhythm & Blues Singers
Continue Reading Below
Other Ventures
In 2004, Rhonda and her husband put out her first live album, ‘Rhonda Ross Live Featuring Rodney Kendrick’. In 2013, she collaborated with her mother on the ‘In the Name of Love Tour’, serving as the opening act for Ross’ performances. She released her first studio album, ‘In Case You Didn’t Know’, in 2016. The album contains the singles ‘Summer Day’ and ‘In Case You Didn't Know’.
As a real-estate broker, Kendrick was employed at the firm Citi Habitats for two years. In 2008, she set up Ross Realty International, a New-York based real-estate brokerage firm. Kendrick is also a renowned motivational speaker and makes regular appearances in graduation day ceremonies at various schools.
Recommended Lists:

Black Lyricists & Songwriters
Film & Theater Personalities
Black Film & Theater Personalities
American Women
Family & Personal Life
Rhonda was born on August 14, 1971, in Los Angeles, California, USA, to Diana Ross and Berry Gordy. At the time, Ross was married to music executive Robert Ellis Silberstein. All of the involved parties knew about the parentage of the newborn and Silberstein accepted the responsibility of serving as her father.
After she turned 13, she was informed who her biological father was. The knowledge helped her understand many things, including the physical differences that she was starting to distinguish between her and her sisters. She has four younger siblings through her mother and six older siblings and one younger sibling through her biological father.
Rhonda is married to jazz musician Rodney Kendrick. Their wedding took place on September 13, 1996. Their son, Raif-Henok Emmanuel Kendrick, was born on August 7, 2009.
Recommended Lists: