Robert Ellis Silberstein, also referred as “Bob Ellis,” is an American music executive and business tycoon. He is also popular as the ex-husband of famous American singer, actor, and record producer Diana Ross. Belonging to an affluent Jewish family of garment manufacturers from Elberon, New Jersey, Silberstein began his career by teaching at the ‘West Virginia University,’ from where he also graduated. He quit his teaching job after an altercation with his superior and eventually stepped into the world of entertainment as a music executive. During the 1970s, he worked as a music manager of several personalities of the entertainment world. He was also the manager of Diana Ross, whom he later married. They remained married from 1971 to 1977. Robert has also managed English rock musician, songwriter, multi-instrumentalist, and artist Ronnie Wood of ‘The Rolling Stones’ fame, American musician Billy Preston, and the American funk band ‘Rufus.’ While managing ‘Rufus,’ Silberstein discovered and managed American musician, singer, and songwriter Chaka Khan. He has two biological daughters with Diana, namely, Tracee Ellis Ross and Chudney Ross. He has also raised his former stepdaughter and Diana’s eldest daughter, Rhonda Ross Kendrick.
Continue Reading Below American People
American Entrepreneurs
Capricorn Men
Childhood & Early Life
Robert Ellis Silberstein was born on January 5, 1946, in Elberon, New Jersey, US, into a wealthy Jewish family. His family was known for their garment-manufacturing business. Not much is known about his parents or his childhood.
He attended ‘West Virginia University,’ from where he completed his graduation. Following this, he began teaching at the university. However, he left the job after a few years, following an argument with his boss. He then relocated to California.
You May Like

The Sexiest Men Of 2020, Ranked
Rise to Fame & Professional Advancement
Silberstein rose to fame after he married American singer, actor, and record producer Diana Ross, who was the lead singer of the American all-female group ‘The Supremes’ that emerged as the most successful act of ‘Motown’ during the 1960s. The vocal group is regarded as the best-charting girl group in the history of the US.
In the 1970s, Silberstein was a busy music manager. During this time, he managed Diana, along with stars such as Ronnie Wood of ‘The Rolling Stones’ fame, Billy Preston, and American singer, songwriter, record producer, and actor Michael Lee Aday, who is also known by his stage name, “Meat Loaf.”
Silberstein also managed the American funk band ‘Rufus’ and the English boogie rock band ‘Status Quo.’ Soon, Silberstein spotted American musician, singer, and songwriter Chaka Khan and became his music manager, too.
Family & Personal Life
On January 20, 1971, Silberstein married Diana Ross in the presence of their respective families and friends. Diana was 2 months pregnant at that time. Her pregnancy was a result of her relationship with ‘Motown Records’ founder and CEO Berry Gordy that had lasted from 1965 to 1970. The child, Ross’s eldest daughter, Rhonda, was born on August 14, 1971. Although Silberstein knew about the identity of the child’s father, he raised her as his own daughter and is still close to her. He is also the legal father of Rhonda under the California family law. Rhonda, who referred to Gordy as “Uncle BB,” realized that Gordy was her biological father when she was 13. She grew up to become a popular singer, songwriter, actor, and public speaker.
The first biological daughter of Silberstein and Diana, Tracee Joy Silberstein, was born on October 29, 1972. Tracee also stepped into the world of show business and emerged as a popular actor, model, comedian, TV host, and director. She is best known for playing ‘Joan Clayton’ in the sitcom ‘Girlfriends’ and ‘Dr. Rainbow Johnson’ in the comedy series ‘Black-ish.’
Silberstein and Diana have a second biological daughter, Chudney Ross, who was born in November 1975. Chudney later became a producer and production manager. She is known for her appearance in the TV series ‘Fashion News Live’ (2004). She was also part of the 7th ‘BET Awards,’ held on June 26, 2007, at the ‘Shrine Auditorium’ in Los Angeles, California. She appeared as herself in an uncredited role in the hour-long TV special ‘Essence Ninth Annual Black Women Hollywood,’ aired on February 27, 2016.
Silberstein and Diana divorced on March 9, 1977, but continued their friendship for their children’s sake. Silberstein also has two stepsons, namely, Ross Arne and Evan Olav, from Diana’s second marriage, to Norwegian businessman, shipping magnate, and mountaineer Arne Næss Jr. According to reports, Silberstein is not known to have dated anyone after his divorce from Diana.
You May Like 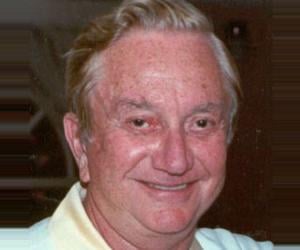