Tracee Ellis Ross is an award-winning American actress, producer, host, and former model. The daughter of legendary singer Diana Ross, Ellis Ross has carved out a niche in the glittery world of showbiz. In a career spanning over 20 years, she has made a mark by playing a variety of roles and winning many accolades and awards. Apart from appearing in films, TV shows, and music videos, she has also established herself in the fashion industry. She is also a Good Samaritan, doing regular social work. While her work is widespread across the world, she has never chased fame. However, fame comes knocking at her door, thanks to her multiple skills and determination. She went on to become the first African-American to win a ‘Golden Globe’ for ‘Best Actress in a TV Comedy’ in over 30 years. She has a huge fan following on various social media platforms. She provides inspiration and guidance to many with her skills as a motivational speaker. Her consistent performance and skills have made her a much-loved celebrity. As a child, she attended ‘Riverdale Country School’ in Bronx. She then attended ‘Institut Le Rosey’ in Switzerland. She later went to the ‘Brown University’ where she pursued a degree in theatre.

Tracee Ellis Ross started modeling during her teens. After attending ‘Brown University,’ she worked in the fashion industry as a model and editor of ‘Mirabella’ and ‘New York’ magazine.

In 1996, she debuted on the big screen in the independent film ‘Far Harbor.’ In 1997, she began hosting the Lifetime TV magazine series ‘The Dish,’ which was a show based on popular culture.

In 1998, she played the role of an abused school track star in NBC’s made-for-TV movie ‘Race Against Fear: A Moment of Truth.’ In the year 2000, she landed a major role in Diane Keaton’s ‘Hanging Up’ and then ventured into comedy as a regular on MTV series ‘The Lyricist Lounge.’

Ross came into prominence with her lead role as ‘Joan Clayton’ in the TV series ‘Girlfriends,’ which premiered in 2000. The show went on for the next eight years and boosted her TV career. She also landed several roles in movies.

In 2007, she starred in the HBO production ‘Life Support’ alongside Queen Latifah and her brother Evan Ross. Her other movies during this time include Tyler Perry’s theatrical movie ‘Daddy’s Little Girls’ (2007) and ‘Labor Pains’ (2009), which starred Lindsay Lohan.

After ‘Girlfriends’ ended in 2008, she appeared in various series, including ‘CSI: Crime Scene Investigation’ and BET’s ‘Reed Between the Lines,’ in which she starred opposite Malcolm-Jamal Warner in 2011.

Tracee Ellis Ross continued experimenting with different kinds of roles. She appeared in the short anthology film ‘Five’ (2011), which focuses on breast cancer awareness. She then appeared in the stage productions of ‘Love, Loss and What I Wore.’ She also co-hosted ‘Black Girls Rock,’ a BET award show, in 2013.

She landed another major role in 2014, when she played a successful physician named ‘Dr. Rainbow Johnson’ in ABC’s primetime comedy ‘Black-ish’ for which she won many accolades and awards. The story is about an upper-class African- American family with four kids.

She has also ventured into the field of motivational speaking and conducts workshops called ‘Tapping into Your Creative Well.’ She is also part of the ‘Aviva Family and Children Service’ in Los Angeles and a national program called ‘Big Brother Big Sister.’

Tracee Ellis Ross is famous for her role in the hit television series ‘Girlfriends.’ The series aired for almost a decade with over 170 episodes, making her popular. She also received many accolades for her role.

Her role as ‘Dr. Rainbow Johnson’ opposite Anthony Anderson, who played her husband ‘Dre,’ in ABC’s hit series ‘Black-ish’ won her many awards.

She won the ‘BET Award’ for ‘Outstanding Lead Actress in a Comedy Series’ (2005) for her role as ‘Joan Clayton’ in the popular series ‘Girlfriends.’

Tracee Ellis Ross won the ‘NAACP Award’ twice for her performance in ‘Girlfriends.’ She received the awards in 2007 and 2009 for ‘Outstanding Actress in Comedy Series.’

In 2012, she won the ‘NAACP Award’ under the ‘Outstanding Actress in Comedy Series’ category for her role as ‘Dr. Carla Reed’ in the series ‘Reed Between the Lines.’

In 2015 and 2016, she won the ‘NAACP Award’ under the ‘Outstanding Actress in a Comedy Series’ category for her role in ‘Black-ish.’

In 2017, she won the ‘Golden Globe Award’ under the ‘Best Actress - Television Series Musical or Comedy’ category for her performance as ‘Dr. Rainbow Johnson’ in the hit series ‘Black-ish.’

She won the ‘NAACP Image Award’ under the ‘Outstanding Actress in a Comedy Series’ category for ‘Black-ish’ in 2018.

Tracee Ellis Ross has never been married and is currently single. Her half-brother Evan Ross is married to Ashlee Simpson, thus making Tracee her sister-in-law.

She is very close to her mother Diana Ross and says that she does not feel overshadowed by her fame.

As a model, Ross has been photographed by popular fashion photographers like Herb Ritts, Peter Lindberg, Francesco Scavullo, and Mario Testino.

She changed her major to theatre at ‘Brown University’ after a positive experience auditioning for ‘Malcolm X’ (1992). While she didn’t land the role, appreciation from Spike Lee's casting director Robi Reed motivated her to follow her passion. 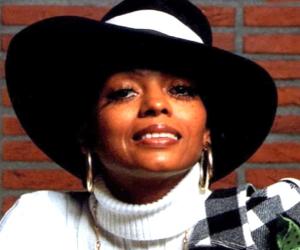