Advanced Search
Delta Goodrem is an Australian pop singer, songwriter, and actress. She ventured into the music industry at the age of 15 when she signed to Sony Music, and a few years later, released her debut album ‘Innocent Eyes’, which became one of the highest selling albums in Australian history. All its five singles peaked at No. 1 on the ARIA Singles Chart. With that, a successful phase of her career started, and almost all her albums and major singles reached top positions on the charts of Australia. In acting, she rose to fame as a child actress in the Australian soap opera ‘Neighbours’ as Nina Tucker in 2002. Decorated with three World Music Awards, nine ARIA Music Awards, and an MTV Video Music Award, she served as a coach on the reality TV competition ‘The Voice Australia’ for four seasons. Delta’s pop and adult contemporary styles and her soprano voice are highly appreciated by her fans, and draw acclaims from critics. Having survived a bout with cancer as a teenager, she tirelessly works for cancer patients in all possible ways, including launching websites, raising funds, and representing cancer societies as an ambassador. See the events in life of Delta Goodrem in Chronological Order 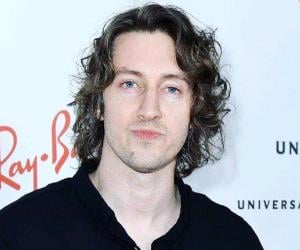