Daniel Robert Elfman is an American music composer, who is considered one of the most iconic musicians in Hollywood. To this day, he is recognized for his works like ‘The Simpsons’ and ‘Batman’ themes, both composed way back in 1989. In the 1980s, he made his mark as a musician with his stage performances for the rock band ‘Oingo Boingo’. He became a popular film music composer after writing the scores for a number of Tim Burton-directed feature films. He has been behind some of the most distinctive theme music ever created for movies and television. His music was an integral component of some of the most popular movies of all time like ‘Beetlejuice’ (1988), ‘Batman’ (1989), ‘The Nightmare Before Christmas’ (1993), the Oscar-nominated ‘Good Will Hunting’ (1997) and ‘Men in Black’ (1997). In addition to writing film music, Elfman has also established himself as a composer for orchestras. He has held concert performances across Europe and the US. Elfman’s evolution from a local rock band performer to a music legend has been nothing short of extraordinary. Britney Spears
DID WE MISS SOMEONE?
CLICK HERE AND TELL US
WE'LL MAKE SURE
THEY'RE HERE A.S.A.P
Quick Facts 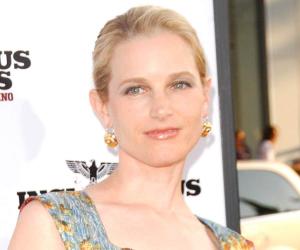 American People
Film Score Composers
American Men
California Musicians
Male Musicians
Childhood & Early Life
Danny Elfman was born on May 29, 1953 in Los Angeles, California, US. His father Blossom Elfman was a writer, illustrator of children's books and a teacher in the US Air Force. His mother Blossom ‘Clare’ Elfman is an award-winning novelist.
His grew up in the rich neighborhood of Baldwin Hills, Los Angles. He found himself to be the only white Jewish child in that area, and he could be easily recognized as one due to his red hair.
At a tender age, Elfman heard the compositions of Bernard Herrmann and Max Steiner at a local movie theatre and fell in love with them. During this time, he also formed a ska band with his schoolmates.
He dropped out of high school and joined his brother Richard Elfman in France where he performed with the avant-garde musical theatre group ‘Le Grand Magic Circus’. They later toured across Africa, playing an entirely different kind of music.
Elfman’s travel across the world proved to be an essential learning experience, as he got the opportunity to absorb new and unique musical styles.
Although he was never a student of the ‘California Institute of the Arts’ (CalArts), he frequently visited it for a couple of years to pick up new skills.
Recommended Lists:

Gemini Musicians
American Musicians
Male Pop Musicians
American Pop Musicians
Continue Reading Below
Oingo Boingo
Danny Elfman’s brother Richard Elfman started a new musical theatre group called ‘The Mystic Knights of the Oingo Boingo’ in 1972. As a key member, Danny composed his first score with the group for his brother’s debut film, ‘Forbidden Zone’ (1980).
Danny became the head of the group from 1976 onwards, and the troupe started recording and touring under the new name, ‘Oingo Boingo’. The counter-left-wing rock ’n’ roll band soon became popular among the locals because of its provocative and unique music.
During the 1980s, the troupe’s compositions were featured in several movies like ‘Sixteen Candles’ (1984), ‘Weird Science’ (1985), ‘Back to School’ (1986), ‘Summer School’ (1987) and ‘Ghostbusters II’ (1989).
Recommended Lists:

American Record Producers
American Film & Theater Personalities
Gemini Men
Music in Films & Television
Hollywood director Tim Burton signed Danny Elfman to write the score for a film adaptation of the cult TV series, ‘Pee-wee's Big Adventure’, in 1985. With the support of Oingo Boingo’s guitarist and arranger Steve Bartek, Danny wrote mesmerizing music, which made famous composers like Nino Rota and Bernard Herrmann notice him.
The popularity of ‘Pee-wee's Big Adventure’s’ music made Elfman a long-term member of Burton’s team, and thus, he went on to compose for several notable movies like ‘Batman’ (1989), ‘Alice in Wonderland’ (2010), etc.
He composed a much-acclaimed orchestra piece named ‘Ice Dance’ for another film of Tim Burton, ‘Edward Scissorhands’, in 1990. He has also contributed his singing voice for movies like ‘The Nightmare Before Christmas’ (1993) as the character ‘Jack Skellington’.
Later in his career, Elfman voiced for the characters of Bonejangles - the skeleton in the 2005 British film ‘Corpse Bride’ and the Oompa-Loompas in the movie ‘Charlie and the Chocolate Factory’ (2005).
Apart from Burton’s movies, he has also composed soundtracks and scores for other hit films like the ‘Spider-Man’ (2002), ‘Spider-Man 2’ (2004), ‘Oz the Great and Powerful’ (2013) and the DCEU's ‘Justice League’ (2017).
He composed the music for ‘Avengers: Age of Ultron’ in 2015 along with Brian Tyler. He also wrote the score for the ‘Fifty Shades’ film series between 2015 and 2018.
Recently, Elfman wrote the score for another Tim Burton-directed animated Disney movie called ‘Dumbo’, released in March 2019. He is also working on the music of the film ‘Men in Black: International’, scheduled to be out in cinemas in 2019.
He is currently believed to be composing the score for 2020 American fantasy comedy movie, ‘The Voyage of Doctor Dolittle’.
Symphonic Music & Other Projects
Elfman’s journey as a concert composer started after his encounter with John Mauceri in 2004. They were recording ‘Serenada Schizophrana’ for the American Composers Orchestra. Later, the piece was premiered at the Carnegie Hall in New York City on February 23, 2005.
In 2006, Elfman wrote for the Hollywood Bowl Orchestra and composed an “overture to a non-existent musical” called ‘The Overeager Overture’.
In 2011, he wrote the music for the Cirque du Soleil show ‘Iris’, which was performed at the Dolby Theatre in Hollywood from July 21, 2011, to January 19, 2013.
His glory as a concert piece writer reached its peak when his 40-minute Concerto for Violin & Orchestra, 'Eleven Eleven', was performed in Prague. It was once again conducted by Mauceri. Subsequently, the piece has been performed in Germany and the US, in addition to being recorded and released in 2019.
Major Works
Danny Elfman wrote and arranged the scores for the Tim Burton-directed film ‘Beetlejuice’. The 1988 movie is considered to be one of the most acclaimed works of Elfman’s career. Its theme sets the tone for the movie from the beginning as a fantasy-comedy-horror film.
He composed music for the 1989 movie ‘Batman’, which is still remembered for its majestic theme. In fact, the film’s theme played an essential role in its success, and it is considered to be one the best superhero scores till date.
Continue Reading Below
Family & Personal Life
Danny Elfman has two daughters, Lola and Mali. On November 29, 2003, he married actress Bridget Fonda and welcomed a son with her, named Oliver.
He had an affair with his classmate and bassisit Kim Gordon, who later performed with him in the rock band ‘Sonic Youth’.
Elfman has many famous family members, and most of them are working in the entertainment industry. His mother Blossom ‘Clare’ Elfman is an Emmy-winning novelist, while his brother Richard Elfman is a famous actor and filmmaker. His nephew is the actor Bodhi Elfman, who is married to actress Jenna Elfman.
The famous composer was an atheist in his early days, but has now become a cynicologist. He revealed that he was an astute critic of the American political system but a trip around the world convereted him into a right wing patriot.
Years of performing in a rock band has left him with a permanent hearing damage. He has stopped peforming in concerts and going to noisy bars and restaurants. However, he sometimes performs in front of an orchestra.
Trivia
When Danny Elfman visited West Africa, he often disguised himself as either a Protestant or a Catholic religious student in order to get free meals from the missionaries.
Although he is a remarkable stage performer, he has a fear of public speaking.
Elfman has a hobby of collecting paintings, and David Sandlin’s "Fallen Angel" is one of his prized possesions.