Advanced Search
Frederick Jay Rubin, better known as Rick Rubin, is a noted American music producer. He is also known as “DJ Double R.” He was born and raised in the US. He started his own recording company while studying at the ‘New York University.’ Rubin co-founded ‘Def Jam Records.’ He is also the founder of ‘American Recordings’ and the former co-president of ‘Columbia Records.’ He played a major role in popularizing hip-hop music in the 1980s. He has successfully worked with some of the biggest names of the music industry, such as ‘Aerosmith,’ Neil Diamond, ‘AC/DC,’ Eminem, Lady Gaga, Ed Sheeran, Adele, the ‘Red Hot Chili Peppers,’ Shakira, ‘The Black Crowes’ among others. He has helped in shaping the careers of some of the most renowned performers of the industry, such as the ‘Beastie Boys,’ Johnny Cash, ‘Run-DMC,’ the ‘Dixie Chicks’ among others. He has won many award nominations and a number of ‘Grammy Awards’ for his outstanding production work. He is considered as one of the most prominent music producers in the country and is an influential figure in the world of music. He is a great follower of professional wrestling and has financially supported ‘Smoky Mountain Wrestling’ for a period of time. He lives with his partner in Malibu. 50 Cent
DID WE MISS SOMEONE?
CLICK HERE AND TELL US
WE'LL MAKE SURE
THEY'RE HERE A.S.A.P
Quick Facts 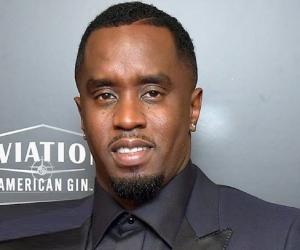