Dan Aykroyd is a famous Canadian comedian, actor, musician, producer, and filmmaker. He is best known for his work on ‘Not Ready for Prime Time Players’ as part of ‘Saturday Night Live’ (SNL). A musical sketch titled 'The Blues Brothers,' which he performed with John Belushi on 'Saturday Night Live,' was later adopted into a performing band. He started his acting career with a television show titled ‘The Hart and Lorne Terrific Hour.’ His meeting with comedian John Belushi is considered to be a turning point in his acting career. He is the recipient of the prestigious ‘Emmy Award’ for his writing in ‘Saturday Night Live.’ He was also nominated for the award for his performance in SNL. Besides being a spiritualist, he has also developed a deep interest towards paranormal activities, especially ufology. His interest in the field of parapsychology helped him create successful films like ‘Ghostbusters,’ an American supernatural comedy film. Inducted into ‘Canada’s Walk of Fame,’ this comedian and actor was also nominated for an ‘Academy Award’ under the ‘Best Supporting Actor’ category for his outstanding performance in the 1989 comedy-drama film ‘Driving Miss Daisy.’ Dan Aykroyd was born Daniel Edward Aykroyd on July 1, 1952, in Ottawa, Ontario, Canada, to Samuel Cuthbert Peter Hugh Aykroyd and Lorraine Helene. His father is of English, Irish, Dutch, Scottish, and French ancestry, while his mother was of French Canadian ancestry. Samuel was a civil engineer and worked as a policy adviser to Pierre Trudeau, 15th Canadian Prime Minister. Dan’s mother was a secretary.

He grew up in the Catholic Church. He was determined to become a priest until the age of seventeen. He attended ‘St. Pius X High School’ in Ottawa. Later, he studied at ‘St. Patrick’s High School,’ also located in Ottawa.

In 1969, he took admission into the ‘Carleton University’ to study political science and criminal sociology. While attending the university, he used to perform at ‘Sock 'n' Buskin,’ a community based theatre company at the university. He later left the university before completing his degree. 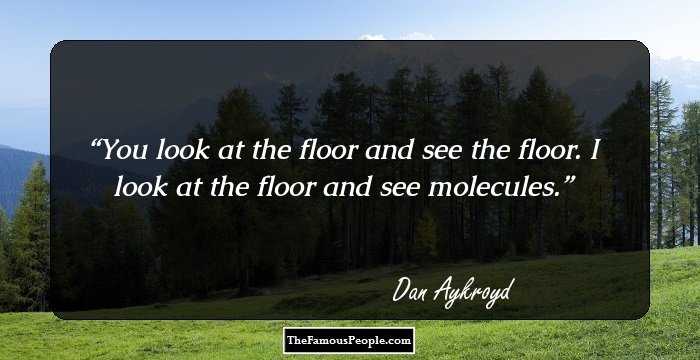 Quotes: You, I
Continue Reading Below
Career

He started his professional career in acting by performing in a sketch comedy television show titled ‘The Hart and Lorne Terrific Hour.’ After shifting to Toronto, he formed a comedy duo with Valerie Bromfield.

Dan Aykroyd performed as an actor, writer, and producer for several comedy shots and children’s shows like ‘Change for a Quarter’ and ‘Coming Up Rosie,’ which were aired on local television in Toronto.

In 1973, he joined the ‘Second City’ improvisational troupe that provided him with the opportunity to work with personalities like Bill Murray, John Candy, and Gilda Radner.

Around the same time, he also worked as a television announcer and managed a nightclub. He got an opportunity to meet the renowned comedian and writer John Belushi at a time when the latter was looking for a new talent in Toronto for a radio show titled ‘The National Lampoon Radio Hour.’

Along with Belushi, he featured in the first season of the comedy television series ‘Saturday Night Live’ in 1975. As part of the show, he revived the musical act ‘Blue Brothers’ with host James Belushi.

In 1992, in association with several well-known personalities, he set up the ‘House of Blues,’ a chain of thirteen live music concert halls to promote the cultural contributions of African-Americans to blues music and folk art.

In 1984, his film ‘Ghostbusters’ released. The film saw him contribute as one of its lead actors, co-writers, and co-creators. The film was a huge success. He made his directorial debut with ‘Nothing but Trouble’ in 1991. The film did not succeed at the box office.

On March 24, 2007, he made a guest appearance on ‘Saturday Night Live’ as a fan of ‘American Idol’ finalist Sanjaya Malakar. He skillfully portrayed U.S. House Minority leader John Boehner in the show on February 14, 2009. He also made an appearance in the show on March 9, 2013.

In the same year, he co-wrote and appeared in ‘Ghostbusters: The Video Game.’ His writing works include his creation of liner notes for blues musician JW-Jones’ album ‘Bluelisted’ in 2008.

In the same year, he co-wrote and appeared in ‘Ghostbusters: The Video Game.’ His writing works include his creation of liner notes for blues musician JW-Jones’ album ‘Bluelisted’ in 2008.

In 2011, he appeared as a guest judge on ‘Top Chef Canada’ and was also seen in two episodes of CBS’s legal comedy-drama ‘The Defenders.’ Two years later, he voiced a character in ‘Legends of Oz: Dorothy's Return.’

He then executive produced the 2016 supernatural comedy ‘Ghostbusters,’ a renewal of the old franchise, where he also played a cameo role. He was also cast to play ‘Dr. Raymond Stantz’ in ‘Ghostbusters: Afterlife,’ which released in 2021.

He hosts the programme ‘House of Blues Radio Hour’, a weekly show of Jazz FM in the character of Elwood Delaney aka Elwood Blues. At present, he sometimes also tours with his Blues Brothers. 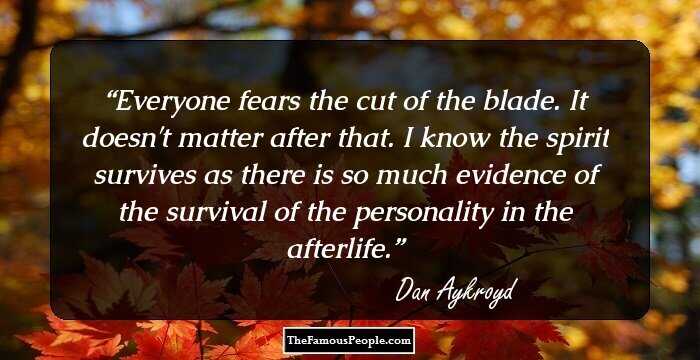 From 1975 to 1979, he was part of ‘Saturday Night Live’ (SNL), an American late-night comedy program, where he worked as a writer and actor. He made a mark in the show with his lively acting and outstanding performance as an impersonator.

He made caricatures of celebrities like Jimmy Carter, Richard Nixon, and Rod Serling in the show. He also played different characters in SNL. One of his most memorable performances in SNL was his presentation of a fake television commercial titled the ‘Super Bass-O-Matic ‘76 Sketch.’

Along with Belushi, he formed ‘The Blues Brothers’ in 1978, as part of ‘Saturday Night Live.’ Due to the popularity of their performance, they went on to execute live gags.

The popularity of ‘The Blues Brothers’ resulted in the release of a successful album titled ‘Briefcase Full of Blues’ in 1978. In 1980, a musical comedy film titled ‘The Blues Brothers’ was released. It was based on the characters developed from the ‘Saturday Night Live’ sketch of the same name.

In 1983, he married actress Donna Dixon, his co-star from films like ‘Doctor Detroit’ and ‘The Couch Trip.’ They are proud parents of three daughters. In April 2022, the couple announced their separation after nearly forty years of marriage. They continue to be legally married, business partners, co-workers and co-parents and share a "loving friendship." 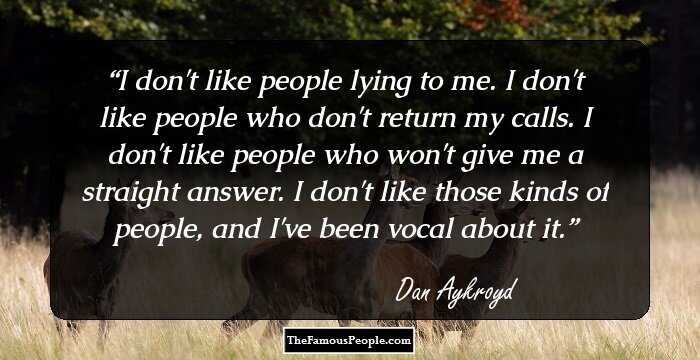 Quotes By Dan Aykroyd | Quote Of The Day | Top 100 Quotes

See the events in life of Dan Aykroyd in Chronological Order 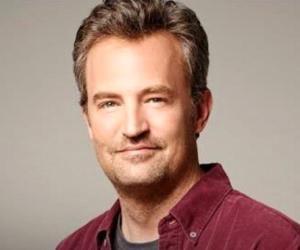