(Comedian, Actor and One of the Seven Original Cast Members of the Comedy Show 'Saturday Night Live')

John Adam Belushi was an American comedian, musician, and actor. He rose to prominence in the 1970s with the help of some of his stellar acts that he headlined during his career in Hollywood. Belushi was born in a family of Albanian immigrants and grew up in his native, Chicago. During his school days, he had started off as a music band member and before joining the university, he had already formed his own comedy troupe that would eventually catapult him to limelight. After completing university, Belushi started his own troupe. However, after sometime, he became a member of the comedy troupe ‘The Second City.’ He then worked for ‘The National Lampoon Radio Hour,’ a comedy radio show, for which he came up with most of his popular work during his early career. His most important work came during his four-year stint at ‘Saturday Night Live’ that started in the mid-1970s. His performances in the show are regarded by many as the best that they have ever seen. Later on, Belushi produced music albums and also tried his hand at acting, both of which proved to be successful. Though Belushi had a short career, he was one of the most popular television stars during his time. American Celebrities
Comedians
American Men
Illinois Actors
Aquarius Actors
Childhood & Early Life
John Adam Belushi was born on January 24, 1949, in the Humboldt Park area in the city of Chicago, Illinois, USA, to Adam Anastos Belushi and Agnes Demetri. Belushi’s father was an Albanian immigrant, while his mother was a second generation Albanian immigrant. Belushi had two younger brothers and a sister.
John Belushi was educated at ‘Wheaton Central High School,’ located in Wheaton, Illinois. During his years at school, Belushi was involved in sports and music. He played football for the school, and became a part of a music band as well. However, his ambition was to become an actor.
After graduating from high school, John Belushi performed in a few summer productions before joining the ‘University of Wisconsin.’ Later on, he studied at the ‘College of DuPage.’ Belushi received his associate degree in the year 1970, but he had already found his calling as a comic. 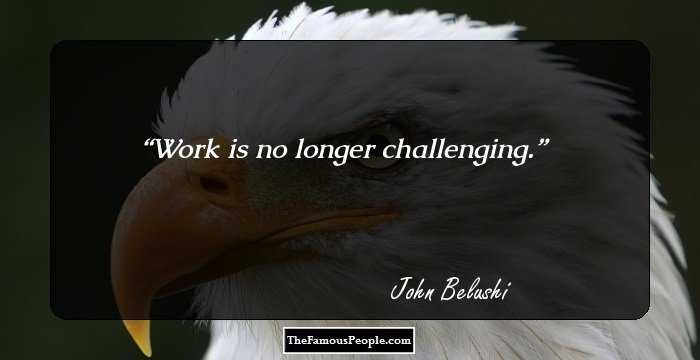 Continue Reading Below
Career
John Belushi became a founding member of the three member comedy troupe ‘The West Compass Trio’ in Chicago. In 1971, he received his big break when he got an offer from ‘The Second City’ to become a member of their cast, post which his career took off.
John Belushi became a cast member of ‘National Lampoon Lemmings’ alongside people like Chevy Chase and Christopher Guest. In 1972, they produced a parody of the iconic music festival ‘Woodstock.’ The following year, Belushi wrote, directed, and acted in the radio program ‘The National Lampoon Radio Hour.’
In 1975, the producers of the popular TV show ‘Saturday Night Live’ approached him with an offer to appear on the show, and he appeared on the show for four years. Subsequently, John Belushi appeared as a guest artist on ‘Saturday Night Live.’ However, his association with the show was marred by frequent conflicts with the producers due to his drug-related problems. He created the act ‘The Blues Brothers’ during his time there.
John Belushi forayed into the big screen with the release of three films in 1978. These films were ‘Old Boyfriends,’ ‘Goin’ South,’ and ‘Animal House.’ ‘Animal House,’ made with a budget of $2.8 million, was a highly acclaimed film and went on to earn in excess of $140 million. The same year, ‘The Blues Brothers’ act from ‘Saturday Night Live’ signed up with ‘Atlantic Records’ and released the album ‘Briefcase Full of Blues.’
In 1979, John Belushi starred in the Steven Spielberg film ‘1941’ and followed it up with films like ‘The Blues Brothers’ (1980) and ‘Neighbors’ (1981). He acted with his longtime collaborator Dan Aykroyd in all those films. He also starred in the film ‘Continental Divide’ in 1981. 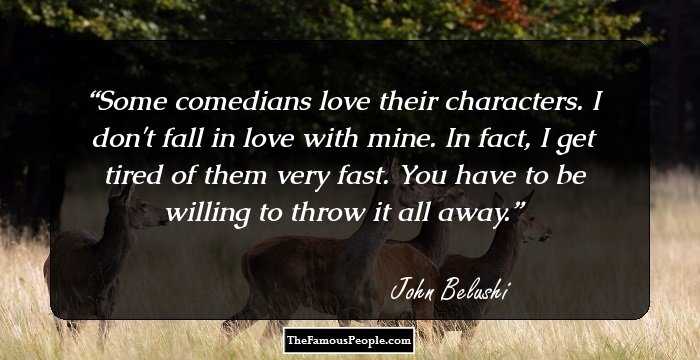 Quotes: You, Love
Major Works
John Belushi appeared in successful movies and was also the member of a music band. However, his most important and iconic work was for the television show ‘Saturday Night Live’ where he served for four years starting from 1975. ‘Rolling Stone’ magazine adjudged him the best performer among all the cast members who appeared on ‘Saturday Night Live.’
Awards & Achievements
In 2004, he was honored with a star on the ‘Hollywood Walk of Fame.’ 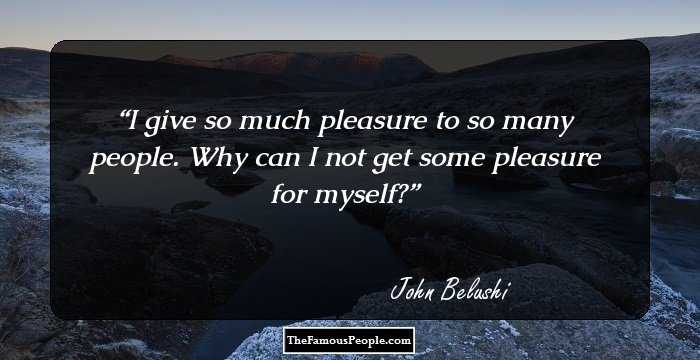 Personal Life & Legacy
John Belushi got married to Judith Jacklin in 1976 after having been in a relationship with her for some years. They did not have any children.
John Belushi died on March 5, 1982 due to drug overdose in a room at the ‘Chateau Marmont Hotel’ in Hollywood. He was only 33 years old.
Following an orthodox Christian funeral, his mortal remains were interred at the ‘Abel's Hill Cemetery’ in Chilmark, Massachusetts.

Quotes By John Belushi | Quote Of The Day | Top 100 Quotes

See the events in life of John Belushi in Chronological Order