Born In: Alexandria, Virginia, US

Donna Lynn Dixon is a retired American actress and former beauty queen. She started her career by working as a model. She did modeling along with attending college. In 1976, she represented the State of Virginia in the Miss USA Beauty Pageant, and in 1977, at the District of Columbia in the Miss World pageant. In 1980, she landed her first role on the television show ‘Bosom Buddies’ (1980). Later, she was seen in many other movies including ‘Doctor Detroit’ (1983), ‘Twilight Zone: The Movie’ (1983), ‘Spies Like Us’ (1985) and many others. In 1992, she starred as Dreamwoman in 'Wayne's World.' She was last seen in 'Exit to Eden,' that starred Dana Delany in 1994. Born In: Alexandria, Virginia, US 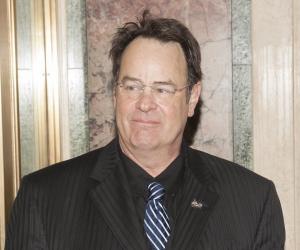 American People
American Women
Virginia Actresses
Cancer Models
Female Models
Career
Donna Dixon stared her career as a model and was a part of the prestigious Wilhelmina Modelling Agency in New York. In 1976, she was named as the Miss Virginia USA and in 1977, Miss Washington D.C. World.

In the 1980s, she made her acting debut and co-starred with Tom Hanks in the situation comedy ‘Bosom Buddies’. The television show premiered on November 27, 1980 and lasted for only two seasons. In 1983, Dixon was seen in the American comedy film ‘Doctor Detroit’ along with Dan Aykroyd who later became her husband. After doing two comedy movies, Dixon appeared in the 1983 American anthology science-fiction fantasy horror film ‘The Twilight Zone’. The movie was produced by Steven Spielberg and was based on the novel of the same name. The film was a commercial hit as it earned $ 29.5 million against the budget of $ 10 million.

In 1989, she appeared in the movie ‘Speed Zone’, alongside her husband. The movie was a comedy set around an illegal cross-country race. Dixon played the role of Tiffany who is a dumb Marilyn Monroe- esque actress. In 1992, she was seen in yet another comedy film ‘Wayne’s World’ as one of the main character’s dream woman. In 1994, she was seen in the comedy-thriller film, ‘Exit to Eden’, which also starred Dan Aykroyd. Lastly, she was seen in the hit TV series ‘The Nanny’ in 1995. Dan Aykroyd was also seen in the show as a guest star. It was a highly successful show which earned many nominations at the Emmy’s.

In 1997, she decided to retire from acting.
You May Like

Cancer Actresses
American Models
American Actresses
Actresses Who Are In Their 60s
Continue Reading Below
Personal Life
Donna Dixon was born on July 20, 1957, in Alexandria, Virginia, US. Her father was Earl Dixon and he owned a nightclub called ‘Hillbilly Heaven’.
In 1975, she received her graduation from Groveton High School and started attending the George Washington University. She never really received the degree as she dropped out to become a model. She had studied anthropology in college.

In 1983, she married her co-star Dan Aykroyd from ‘Doctor Detroit’ and the couple has three daughters: Danielle Aykroyd, Belle Aykroyd, and Stella Aykroyd. In April 2022, Donna and Dan announced their separation after nearly forty years of marriage. They continue to be legally married, business partners, co-workers and co-parents and share a "loving friendship."