DID WE MISS SOMEONE?
CLICK HERE AND TELL US
WE'LL MAKE SURE
THEY'RE HERE A.S.A.P
Popularity Index
90
Novelists #917
Writers #3312
Quick Facts

Famous as: Author of children’s fiction

Who is Cornelia Funke?

Anyone can write but if anyone wants to be a professional writer then one must produce consistently excellent prose that would captivate readers and the challenge is magnified to a far greater degree when the audience happens to be children; often the most demanding of readers due to their disparate demands. Children can like the work of an author but then very quickly move on to the works of another if they somehow find the first author boring and that is the reason why the works of German author Cornelia Funke are so celebrated by people from all across the world. The German author is one of the most recognisable names in children’s fiction writers in the world and her books have been translated into all major languages so that children from different parts of the world are able to enjoy her work. That speaks volumes about the body of work that she has produced over the course of her remarkable career as children’s fictions writer and it is not really a surprise that she has sold many millions of her work worldwide. She is often compared to the other pillar of children’s fiction J. K. Rowling by many and needless to say, that is not an incorrect comparison at all. German Women
Women Writers
German Writers
Women Novelists
Childhood & Early Life
Cornelia Funke was born to Karl-Heinz Funke and Helmi Funke on 10 December, 1958. Not much is known about her parents but she was born and also grew up in the German town Dorsten which is located in the Westphilia region.
She studied at a school in her hometown of Dorsten and in childhood her ambition was to become a pilot, but later on she change her plans and in 1976 she decided to study pedagogy and enrolled at the University of Hamburg.
Cornelia Funke graduated with a degree in pedagogy in 1979 but she was not sure about the exact career path that she was supposed to take and instead she decided to go for another course. That course happened to be on book illustration. 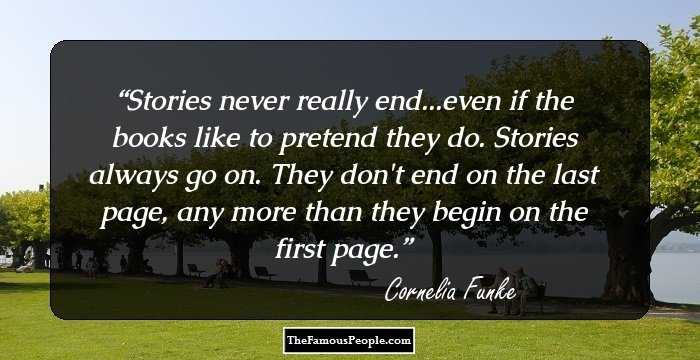 German Novelists
Sagittarius Writers
German Female Writers
German Women Novelists
Career
During the period following her graduation, Cornelia Funke had worked in an organisation that devoted itself in social work and she was involved with children who did not have the basic opportunities in life. It was during this stint that the idea of writing stories for children took shape.
After working in the book illustration agency for some years; Cornelia Funke finished her first manuscript in 1986 when she was 28. Her manuscript was accepted by more than one publisher in Germany and she was one her way to become the most popular children’s story writer in her country.
It was in 1997 that Cornelia Funke had her first big success when the book ‘Drachenreiter’ or ‘Dragon Rider’ was published. She followed it up three years later with the runaway success of ‘Herr der Diebe’ or ‘The Thief Lord’.
Following the success of ‘The Thief Lord’ and ‘Dragon Rider’, Funke decided to tap into the English language market and asked a cousin to translate the books. Once the translated versions were printed; the books became an even bigger hit.
In 2003, the first book on her most famous work ‘Inkheart’ was published. As ever, it became a runaway success and was translated into several languages. In fact, it was included among the ‘Teachers’ Top 100 Books for Children’ by the National Education Association.
She has published six novels, three MirrorWorld series, one trilogy and plenty of picture books during her career. Funke published the first of her Mirror World series titled ‘Reckless’ in 2010, which was ‘Fearless’ in 2013 and ‘Heartless’ in 2015. 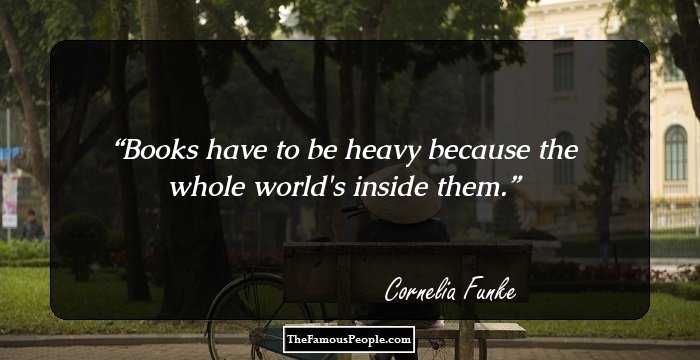 Sagittarius Women
Major Works
Although it is difficult to single out only one of her staggering works as the most important, it must be said that although ‘The Thief Lord’ was her first big success; the ‘Inkheart’ trilogy is without doubt her best work due to the fact that she produced it after having spent many years as a children’s fiction writer.
Awards & Achievements
In 2005, Cornelia Funke was included among the 100 Most Influential people in the World by the famous TIME Magazine.
In 2008, she was awarded the Roswitha Prize. It is the oldest German language prize for literature and is given only to women. 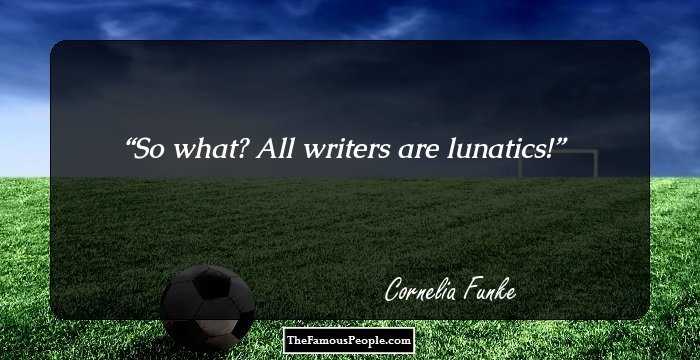 Personal Life & Legacy
Cornelia Funke got married in 1981 to Rolf Frahm. She has a son and a daughter; named Ben and Anna respectively. Her husband, Rolf Frahm, succumbed to cancer in 2006.
You May Like

Quotes By Cornelia Funke | Quote Of The Day | Top 100 Quotes

See the events in life of Cornelia Funke in Chronological Order