Christina Evangeline is a Canadian–American model, actor, and wellness advisor. Little is known about her family and upbringing. Christina found modest fame as a model and appeared in the short film ‘Mini Supreme’ in 2015. She and Kenan exchanged their wedding vows in November 2011. They welcomed their elder daughter, Georgia Marie, in June 2014. Their younger daughter, Gianna Michelle, was born in July 2018. The couple announced their separation in April 2022. Christina is heavily involved as a volunteer in her community, and she supports several charities. She founded ‘Evermore,’ a non-profit initiative that helps people deal with the death of their loved ones. Christina is also passionate about photography and travel and maintains a popular ‘Instagram’ account with over 22.8k followers. 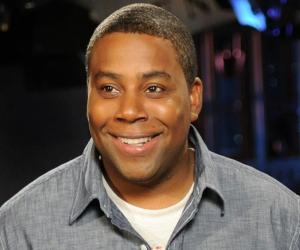 She found some success as a model. However, she is now focused on raising her two daughters with Kenan. In 2015, she portrayed a pageant parent in writer-director Michael Phillis’s comedy short ‘Mini Supreme.’ Also starring Phillis, Joan Mankin, and Bella Stardust, the project revolved around ‘Jeremie’ (Phillis), plotting to acquire his rent money by competing in a children's beauty pageant, disguised as a 7-year-old girl with a growth disorder, after being sacked from his job.

Christina is an extremely active member of her community and has contributed to a number of charities and non-profit organizations. As someone who has endured the death of a loved one herself, she set up ‘Evermore’ with the help of her therapist friends Michele and Jack. The non-profit initiative has been dubbed “a dinner party for anyone who is trying to cope and move on after losing a loved one” by people associated with the organization. They declared, “This is not a pity party by any means. It is simply a chance to meet and identify with others who have been faced with similar experiences.”

Christina has also been associated with ‘The Cristian Rivera Foundation,’ a non-profit organization devoted to finding a cure for pontine glioma, an extremely aggressive and hard-to-treat brain tumor usually found at the base of the brain. The organization is named after Cristian Rivera, who died at the age of 6, after being diagnosed with the same form of tumor at the age of 4. Christina and others involved with the foundation are working tirelessly so that no other family has to experience the same trauma and suffering that Cristian’s family had to endure.

Christina is also part of ‘Save the Children Federation,’ a community that gives importance to the health and happiness of children.
Christiana has worked with ‘My Stuff Bags Foundation’ and the ‘American Refugee Committee,’ too. The former works with abused children, while the latter is an international non-profit, non-sectarian initiative that has been providing humanitarian assistance and training to millions of beneficiaries for the past 40 years.
Recommended Lists:

Christina is an avid traveller and photographer. She often takes breaks from her day-to-day activities and travels with her family. Over the years, she has spent holidays in places such as ‘Disney World,’ Canada, and Italy.

In 2017, she and Georgia visited ‘Disney World’ to celebrate her third birthday. Her daughter had a lot of fun frolicking around the park, enjoying the rides, and meeting her favourite ‘Disney’ characters, including ‘Mickey’ and ‘Minnie’ and a number of ‘Disney’ princesses.
As Halifax is her hometown, she often takes her family there to have a quieter time, away from the world of glamor. She spends hours enjoying the scenic beauty of the place and lazing by the tranquil waters.

During their vacation in Italy, Christiana and her family visited Florence, Rome, the Vatican, Amalfi, Isle of Capri, Venice, and Milan. According to Christiana, she loves everything about the country. They enjoyed the breathtaking views, the flavorful cuisine, and the fascinating cultural events and festivals that the country had to offer. She also developed an interest in the country’s long and intricate history and unique architecture.

Christiana posts photographs and videos of her friends and family and also of her vacations on her ‘Instagram’ account on a regular basis. She has also uploaded pictures with some of the greatest stars of Hollywood, such as Bill Murray, Robert De Niro, and the late Robin Williams.

Christiana got married to Kenan on November 11, 2011. The couple had their first daughter, Georgia Marie, on June 20, 2014. They welcomed their younger daughter, Gianna Michelle, on July 31, 2018. In April 2022, the couple announced their separation.

Kenan garnered initial fame for his collaboration with friend and fellow actor and comedian Kel Mitchell in their ‘Nickelodeon’ sitcom ‘Kenan & Kel’ (1996–2000). Since 2003, he has been part of the cast of ‘NBC’s sketch comedy series ‘Saturday Night Live.’ In 2018, he won the ‘Primetime Emmy Award’ for ‘Outstanding Original Music and Lyrics,’ for ‘Saturday Night Live.’