(Actor & Comedian Best Known for His Roles in 'Mork & Mindy ', 'Popeye' and 'Good Will Hunting')

Robin Williams, the funnyman who made not just America but the whole world laugh at his wonderful antics, was an American actor and comedian loved equally by both kids and adults for his quirky expressions, charming clumsiness, and innocent yet witty dialogues. Even though more famous as a comedian, Williams was a very talented personality who could pull off a very serious role with the same ease as he performed a comedic one. Thrice nominated for the coveted Academy Awards, he won it once for his much acclaimed performance in the movie ‘Good Will Hunting’. The son of a senior executive, showbiz seemed to be an unlikely career path for the young Robin. As a boy he always joked around at school and made others laugh with his jokes, no doubt his classmates voted him the “Funniest”! He began his career as a stand-up comedian where he found success. One thing led to another and soon he was on television doing comedy shows. The hit sitcom ‘Mork & Mindy’ made him so popular that he realized that he was meant for greater success. Thus, he entered the world of movies and became the funnyman everyone fell in love with. Evan Peters
21st July In History
DID WE MISS SOMEONE?
CLICK HERE AND TELL US
WE'LL MAKE SURE
THEY'RE HERE A.S.A.P
Quick Facts

American Celebrities
Comedians
Stand-up Comedians
American Men
Illinois Actors
Childhood & Early Life
He was born to Robert Fitzgerald Williams and Laurie McLaurin in Chicago as one of their three sons. His father worked as a senior executive at Ford Motor Company while his mother had been a former model. He was of mixed ancestry.
His family moved to Michigan when he was a young kid and there he joined the Detroit Country Day School. He was a very good student and also played sports. Yet, he was bullied much of the time in school.
He was an introvert and spent much of his time alone playing with his toys. Since both his parents worked, the lonely child entertained himself with his imagination.
As a teenager he attended Redwood High School from where he graduated in 1969. He was a popular student in school, always telling jokes and making others laugh.
He had a penchant for acting from a young age and won a full scholarship to attend the esteemed Juilliard School in New York City in 1973. He was among the only two students who were accepted by John Houseman into the Advanced Program that year. Christopher Reeve and William Hurt were his classmates. 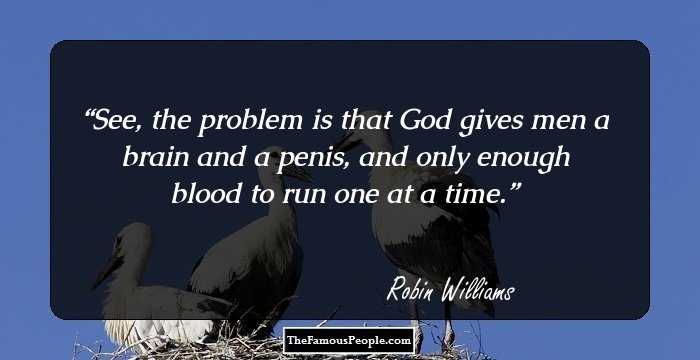 Quotes: God, Time
Continue Reading Below
Career
He began his career performing stand up comedy shows during the 1970s. While he was performing at the Comedy Club in Los Angeles in 1977, he was spotted by the TV producer George Schlatter who asked him to appear on a revival of his ‘Laugh-In’ show.
His debut TV appearance happened in late 1977 where he performed an extension of his stand-up routines. Even though the Laugh-In was not a success, it definitely led to his talent getting recognized.
He auditioned for the role of Mork the Alien for the show ‘Happy Days’ in 1978. When asked to take a seat, he promptly sat on his head which really impressed the producer, Garry Marshall. The character was so successful that it set off a spin-off.
The American sitcom ‘Mork & Mindy’ was first broadcast in 1978 featuring Robin as Mork the Alien from the planet Ork. The show was a huge success and made him a popular figure in comedy. The show ran till 1982.
In 1979, he gave a live comedy show at the Copacabana in New York, ‘Reality… What a Concept’ the recording of which won him a Grammy Award.
Even though he had made his big screen debut in 1977 with the comedy movie, ‘Can I Do It ‘Till I Need Glasses?’, it wasn’t until 1980 that he got his first big break with ‘Popeye’ in which he played Popeye the Sailor Man.
More roles soon followed and in 1984 he found himself playing the role of Vladimir Ivanoff in the comedy-drama ‘Moscow on the Hudson’ for which he was nominated for the Golden Globe Award for Best Actor.
He portrayed a radio DJ on Armed Forces Radio Service in the 1987 war comedy film, ‘Good Morning, Vietnam’, a movie in which his character was loosely based on the life of radio DJ Adrian Cronauer.
In 1989, he appeared in the drama film ‘Dead Poets Society’ which was about the story of an English teacher in a conservative academy who inspires his students by teaching them poetry. The movie was a huge hit.
Continue Reading Below
One of his most memorable comedy films was ‘Mrs. Doubtfire’ (1993) in which he pretends to be a woman so that he can be closer to the kids he has with his ex-wife.
The year 1997 was a good one for him as he got the opportunity to star in the brilliant movie, ‘Good Will Hunting’ in which he plays the role of a therapist who counsels a troubled yet hugely talented young man. The movie won him many accolades.
The success of his career continued well into the new millennium where he performed in movies such as ‘One Hour Photo’ (2002), ‘Robots’ (2005), ‘License to Wed’ (2007), and ‘Old Dogs’ (2009).
Over the past few years his depression had been worsening and he was also having problems with alcoholism. He died suddenly in 2014; some of his movies like ‘Merry Friggin’ Christmas’ and ‘Night at the Museum: Secret of the Tomb’ are scheduled for posthumous release. 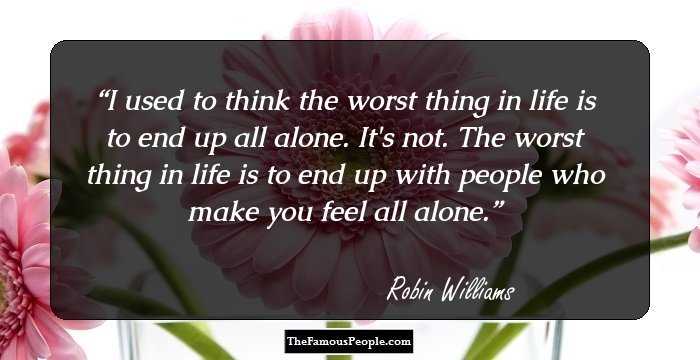 Quotes: You, Life, Think, Alone, I
Major Works
He was best known for his role as a therapist in the 1997 drama film ‘Good Will Hunting’ which was both a critical and commercial success. He shared the screen with Matt Damon and Ben Affleck in this much acclaimed movie.
Awards & Achievements
Hewas nominated for the Academy Award for the Best Actor thrice. In 1997 he won the Academy Award for the Best Supporting Actor for his role as Dr. Sean Maguire in the film ‘Good Will Hunting’. 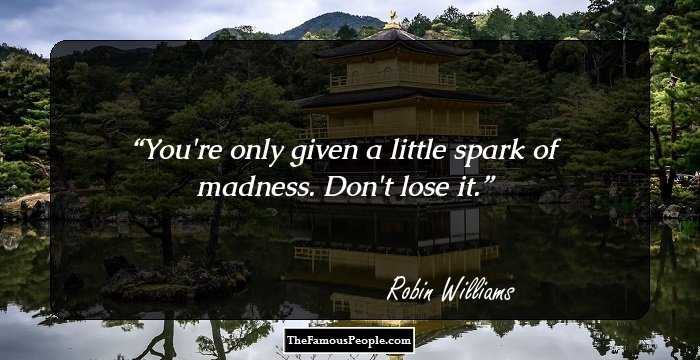 Personal Life & Legacy
Williams married thrice. His first marriage was to Valarie Velardi in 1978 with whom he had a son. Their marriage unraveled due to his alcoholism and infidelity.
He married Marsha Garces, his son’s nanny, in 1989. The couple went on to have two children. This marriage too, did not last long and ended in divorce.
His third marriage was to graphic designer Susan Schneider in 2011.
Williams had always had problems with alcoholism and drug abuse. He also suffered from depression. He was discovered unconscious by his personal assistant on 11 August 2014 and the doctors declared him dead shortly afterwards. His death is believed to be a result of suicide.

Quotes By Robin Williams | Quote Of The Day | Top 100 Quotes

See the events in life of Robin Williams in Chronological Order 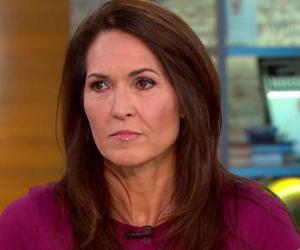