Charles Aznavour is a French and Armenian singer-songwriter, and is one of France’s most popular performers. Fondly dubbed France’s ‘Frank Sinatra’, he is famous for his unique tenor voice that is as clear in its upper reaches as it is profound in its low notes. A prolific singer with a career spanning over several decades, he has generations of music lovers enthralled with his melodious voice and winsome demeanor. He is a multi-faceted personality who has written over 1,200 songs and performed in eight languages. Along with being a singer-songwriter, he has also tried his hands at acting and diplomatic activities. Born in Paris to Armenian immigrants, he was exposed to music at an early age by his musically inclined parents. He first performed on the stage when he was just three years old and realized early on that his calling was to be a performer. A talented young boy, he could sing as well as dance. He also attended drama classes and then quit school to pursue his passion. He struggled a bit during his initial years but soon established himself as a popular singer-songwriter. His unique voice combined with his knowledge of several languages, ensured that he achieved a cult status within years. Alongside his illustrious singing career he also pursued a career as an actor, appearing in over 60 films 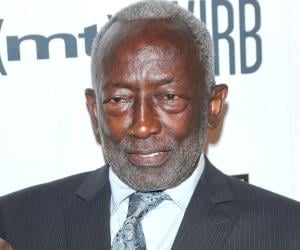 Armenian Celebrities
French Celebrities
Lyricists & Songwriters
Armenian Men
French Men
Gemini Actors
Childhood & Early Life
He was born as Shahnour Varinag Aznavourian on 22 May 1924, in Paris, to Armenian immigrants Michael Aznavourian and Knar Baghdasarian. He was nicknamed “Charles” by his French nurse, and the name stuck. Both of his parents had been professional stage performers in their native Armenia before ethnic violence forced them to flee to France. The hard working couple ran a restaurant to earn their livelihood but the love for the performance arts never left them.
His parents ensured that Charles received music and dance lessons as a child and introduced him to the stage at a young age. The boy loved performing and quit school to pursue a career as a performer.
He started singing and performing in the nightclubs as a teenager. Around this time he met Pierre Roche with whom he collaborated and performed together. The duo also began writing songs and composing music and found some success in the late 1940s. 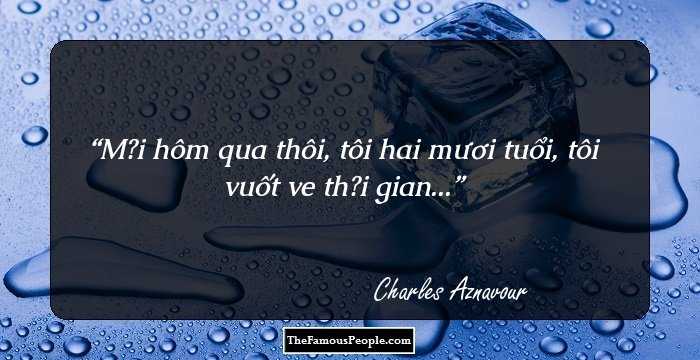 The Most Popular US Veterans
Career
In 1946, he was spotted by the legendary chanteuse Edith Piaf who hired him as her assistant and general factotum. She invited him to tour with her in the US. Initially he used to open for her and eventually went on to write many songs for her. Later on they became good friends and he became her manager.
He struggled to establish himself upon his return to France. Once again Edith Piaf came to his rescue and introduced him to music-industry executives. His initial difficulties in establishing himself as a performer made him analyze his shortcomings and he set to work on them.
Soon his tenacity and resilience paid off and he was able to develop a style of singing that uniquely identified him and set him apart from the other singers. The year 1956 proved to be a significant one for him as he finally found the success he yearned for with the song, ‘Sur Ma Vie’ and was instantly propelled into stardom.
He started receiving several engagements and within a few months he earned a reputation as a much popular singer. Over the 1960s he released several successful compositions including ‘Tu t’laisses aller’ (1960), ‘Il faut savoir’ (1961), ‘La mamma’ (1963), ‘Hier encore’ (1964), ‘Emmenez-moi’ (1967), and ‘et Désormais’ (1969).
Along with his singing career he also ventured into films and during the 1960s he appeared in several movies such ‘Un taxi pour Tobrouk’(1960), ‘Thomas l'imposteur’ (1964), ‘Paris au mois d'août’ (1966), and ‘Le Temps des loups’ (1969).
Charles Aznavour had risen to superstardom by the 1980s. By now he had achieved a cult status and the fact that he could sing in several languages including French, English, Italian, Spanish, German, and Russian ensured that he achieved international fame.
He along with Gerard Davoust acquired the music publishing company Editions Raoul Breton, in 1995. He has since worked with many talented French composers and songwriters including Lynda Lemay, Sensseverino, Alexis HK, Yves Never, Gerard Berliner, and Agnes Bihl.
In spite of his advancing age he maintains a youthful demeanor and is optimistic about the future. He is still active in the music scenario and remains one of France’s most enduring performers. He was voted Time magazine's entertainer of the 20th century because of his tremendous popularity and illustrious career.
Major Works
It was the single ‘She’, released in 1974 that established him as a major success in the United Kingdom; the song peaked at No. 1 on the UK Singles Chart and stayed there for four weeks. The song was also recorded in French, German and Italian and played a major role in making him an internationally famous singer.
Awards & Achievements
He won the Golden Lion Honorary Award at the Venice Film Festival for the Italian version of the song ‘Mourir d'aimer’ in 1971.
In 1995, he was named the Ambassador of Goodwill and Permanent Delegate of Armenia to UNESCO.
He was inducted into the Songwriters Hall of Fame in 1996.
Charles Aznavour was appointed as "Officier" (Officer) of the Légion d'honneur in 1997.
The Marché International du Disque et de l'Edition Musicale (MIDEM) honored him with its Lifetime Achievement Award in 2009.
Personal Life & Legacy
Charles Aznavour first married Micheline Rugel in 1946, but this marriage did not last long and ended in divorce. He tied the knot for the second time with Evelyn Plessis in 1956; this union too ended in divorce.
He finally found the love and stability he craved for when he married Swedish-born Ulla Thorsell in 1967. He is the father of six children from three marriages.

See the events in life of Charles Aznavour in Chronological Order 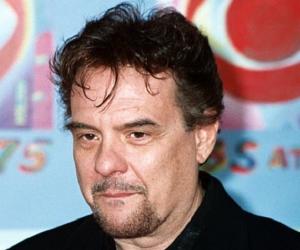