(Best Known for His Debut Album 'Get Lifted' and 'Once Again')

John Roger Stephens, known professionally as John Legend, is an American singer, songwriter, and musician. He is best known for his albums, such as ‘Once Again’ and ‘Darkness and Light.’ Born in Springfield, Ohio, United States, Legend showed a keen interest in music from an early age. He started performing for his church choir at the age of four. From the age of seven, he started playing the piano. During his time at college, he served as the president and music director for a musical group named ‘Counterparts.’ Having released many studio albums, Legend has collaborated with the likes of Kanye West, Britney Spears, and Lauryn Hill. In 2015, he won an ‘Oscar’ for the song ‘Glory,’ which he had written for the historical movie ‘Selma.’ He has also won several other significant awards, which include ten ‘Grammy’ awards, as well as a ‘Golden Globe Award.’ He is also an actor and has made an appearance in the movie ‘La La Land,’ which became a huge hit, winning six ‘Oscars.’ He is known for his philanthropic activities, such as raising awareness to help the victims of ‘Hurricane Katrina.’ John Roger Stephens was born on December 28, 1978, in Springfield, Ohio, United States, to Ronald Lamar Stephens and Phyllis Elaine. Interested in music from an early age, he started singing for the church choir when he was four. He also learnt to play the piano from his grandmother.

He was homeschooled for some years, after which he attended the ‘North High School.’ Later, despite being offered admission to ‘Harvard University’ and scholarships from ‘Georgetown University’ and ‘Morehouse College,’ he went to the ‘University of Pennsylvania.’
There, he served as president and musical director for a pop A cappella group named ‘Counterparts.’ Because of his amazing skills, he also became the member of prestigious societies, such as ‘Sphinx Senior Society’ and ‘Onyx Senior Honor Society.’
When he was in college, he was introduced to Lauryn Hill. Subsequently, he was hired to work on the song ‘Everything Is Everything’ from her album, ‘The Miseducation of Lauryn Hill.’ 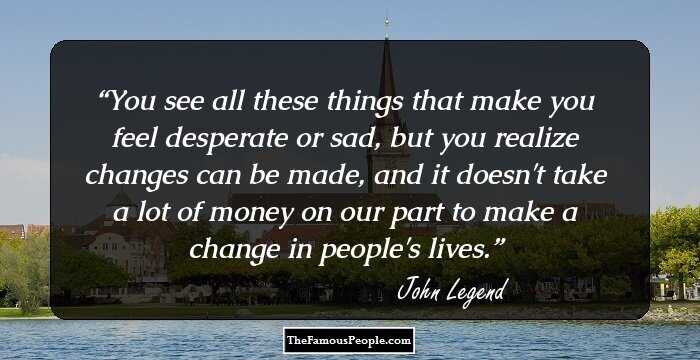 Continue Reading Below
Career
During the early days of his career, John Roger Stephens used to perform in nightclubs, as well as hold shows throughout the country. He also collaborated with star musicians, such as Alicia Keys and Kanye West.
His debut album ‘Get Lifted’ was released in 2004. With hit singles, such as ‘Ordinary People,’ ‘Number One,’ and ‘So High,’ the album performed well, peaking at number seven on the ‘Billboard 200.’ It received mostly positive reviews and won the 2006 ‘Grammy Award’ for ‘Best R&B Album.’

Gradually, Stephens started gaining popularity and went on to feature in several significant albums of popular stars, such as Fort Minor, Jay-Z, and Stephen Colbert. It was during this time that he came to be known as John Legend.

In 2006, his second studio album ‘Once Again’ was released. Debuting at number three on the ‘US Billboard 200,’ the album became a big hit. Its hit song ‘Heaven’ won Legend his second ‘Grammy Award’ for ‘Best Male R&B Vocal Performances.’
His next album ‘Evolver,’ released in 2008, was an even bigger success. Debuting at fourth position on the ‘US Billboard 200,’ the album sold more than 600,000 copies in the US alone. Two years later, he collaborated with the hip hop band ‘The Roots,’ and released the album ‘Wake up!’ The album won the 2010 ‘Grammy Award’ for ‘Best R&B Album.’
In 2013, he released his fourth album, ‘Love in the Future.’ Peaking at fourth position on the ‘US Billboard 200,’ the album was a huge success, selling 68,000 copies within the first week of its release. In 2015, he won an ‘Oscar’ for the song ‘Glory,’ which he had performed along with rapper Lonnie Rashid Lynn for the film ‘Selma.’
His fifth album ‘Darkness and Light’ was released in 2016. The same year, he also played a significant role in the Oscar-winning film ‘La La Land.’
Legend and Ariana Grande performed duet for the movie ‘Beauty and the Beast’ in 2017.
He was cast in a short animation film titled ‘Crow: The Legend’ in April 2017.
Continue Reading Below
On December 19, 2017, it was announced that John Legend had been cast in the live concert production of ‘Jesus Christ Superstar’ at the ‘Marcy Avenue Armory’ in Williamsburg, Brooklyn. ‘Jesus Christ Superstar’ was broadcast live on ‘NBC’ in April 2018.
Legend was the winning coach for the 2019 season of ‘The Voice.’ He won the reality show alongside Maelyn Jarmon on May 21, 2019. 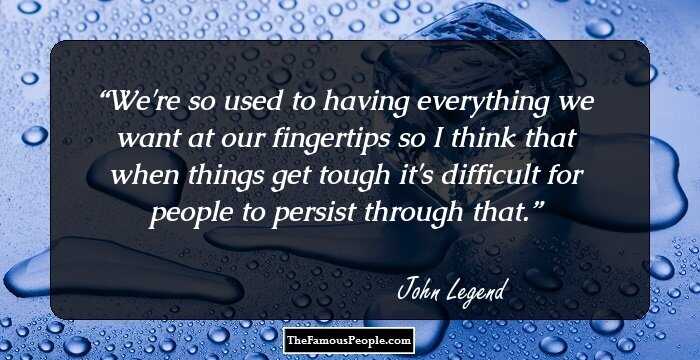 ‘Wake Up,’ a studio album by John Legend, for which he had collaborated with the hip hop band ‘The Roots,’ is among his most significant and successful works. Debuting at eighth position on the ‘US Billboard 200,’ the album sold 63,000 copies within its first week and went on to win the 2010 ‘Grammy Award’ for ‘Best R&B Album.’ It received mostly positive reviews from critics.

‘Love in the Future,’ which released in 2013, is also among John Legend’s important works. The album, which included singles, such as ‘Open Your Eyes,’ ‘All Of Me,’ and ‘Dreams,’ debuted at fourth position at the ‘US Billboard 200.’ It became a hit in several countries and topped the charts in UK, Netherlands, South Africa, and New Zealand. It received mostly positive reviews.
The song ‘Glory,’ which released in 2014, can be regarded as Legend’s most significant and critically acclaimed work. It was performed by Legend in collaboration with rapper Lonnie Rashid Lynn. It served as the theme song of the 2014 historical drama film ‘Selma.’ The song debuted at number 49 on the ‘US Billboard Hot 100.’ It also became popular in countries, such as Spain, Belgium, and Australia. The song, which won several awards, also earned Legend an ‘Oscar’ at the 87th ‘Academy Awards.’
‘Darkness & Light’ is John Legend’s fifth studio album. With singles, such as ‘Love Me Now,’ and ‘I Know Better,’ the album debuted at number 14 on the ‘US Billboard 200.’ It sold 26,000 copies within the first week of its release.
Awards & Achievements
John Legend, over the course of his career, has been nominated for a number of awards. In 2015, he won the ‘Oscar’ for ‘Best Original Song’ for his hit song ‘Glory,’ which was released the previous year. He has won many prestigious awards, such as ‘Grammy Award,’ ‘NAACP Image Award,’ ‘Soul Train Award,’ and ‘Golden Globe Award.’ 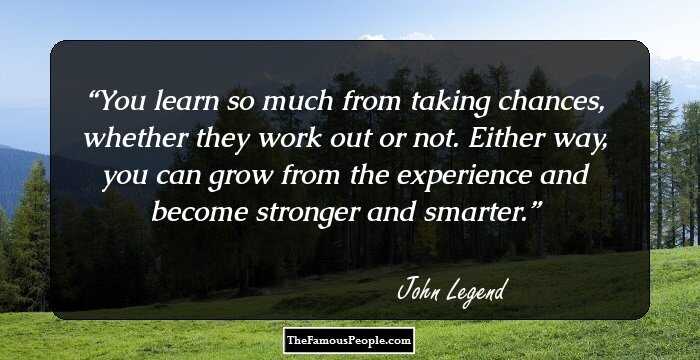 John Legend dated Chrissy Teigen for four years before getting engaged to her in 2011. They got married in 2013. They had their first child in 2016, a daughter whom they named Luna Simone.

The song ‘All of Me’ (2013) was dedicated to his wife and the music video was displayed at their wedding.

On November 21, 2017, Teigen announced on Instagram that she was pregnant with Legend’s second child. On May 2018, they welcomed their baby boy whom they named Miles Theodore. In 2020, Chrissy was pregnant with their third child but she suffered complications and the child passed away before birth. In August 2022, Legend and Chrissy announced that they were expecting another child.

He is also involved in several social causes and charitable activities. He supports various organizations and causes, such as the New York-based organization ‘Harlem Village Academies’ which runs several charter schools.
In 2017, Legend donated $500,000 to ‘Springfield City School District’ to renovate an auditorium, which is named in his honor.

Quotes By John Legend | Quote Of The Day | Top 100 Quotes

See the events in life of John Legend in Chronological Order