Sophie Ellis-Bextor is an English singer and model best known for solo albums such as ‘Read my Lips’ and ‘Wanderlust’ and her stint as the lead singer for the band named Theaudience. Born to an affluent family in London, she was exposed to the world of showbiz when she was a child, owing to her parents being celebrities. Her mother was a TV presenter while her father was a producer/director. During her teen years, Sophie found herself deviating towards Britpop and at the age of 18, she joined a Britpop band named Theaudience as the lead singer. After the release of their debut album, the band split up and Sophie embarked on a solo career. She released her debut album titled ‘Read My Lips’ in 2001, which reached the second spot in the UK Albums chart. She eventually released more successful albums such as ‘Shoot from the Hip’, ‘Make a Scene’ and ‘Wanderlust’. She frequently combined the sounds of 1970s disco and 1980s electronica to exude a fresh sound to her music. She has won a Hungarian Music Award, two Ericsson Muzik Awards and an AIM Independent Music Award among others, and has embarked on many national and international tours to promote her albums. Sophie Ellis-Bextor was born Sophie Michelle Ellis-Bextor, on April 10, 1979, in Hounslow, London, to Janet Ellis and Robin Bextor. She grew up with five siblings in London, with parents who were both active in the entertainment industry. Her mother Janet was a television presenter known for the television show ‘Blue Peter’. Sophie had also made an appearance on the show quite a few times during her childhood. Sophie’s father was a film producer and director.

When she was 4 years old, her parents divorced. However, Sophie claimed that it was a mutual decision and that she had a very happy childhood. By the time she was 9 years old, both her parents had remarried.

Growing up in the house of celebrity parents, Sophie was exposed to constant media scrutiny from a very young age. She also attended parties where she met many celebrities. Since she was a child, she aspired to become a part of the show business.

She completed her school education from St. Stephen’s School and later from Godolphin and Latymer School, located at Hammersmith. She began performing at the age of 13 when she joined a children’s opera named W11. Her experience with W11 played a big role in developing a sense of confidence in her regarding performing in front of a big audience.

However, despite being praised for her talent as a teenager, she was too self-conscious about her appearance. However, as she kept performing in school theatrical productions, her confidence built up. Sometime in her teen years, she became interested in the Britpop. She began idolizing bands such as Blur and Pulp. 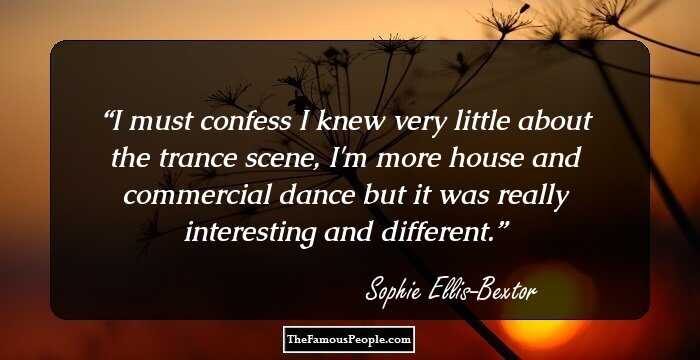 Right after completing her high school education, Sophie joined a Britpop band named Theaudience as the lead singer. The Britpop movement had picked up pace in the early 1990s and it was associated with musicians with messy hair and eccentric attires performing on stage. Sophie changed the general perception and appeared in classy outfits on stage.

The band released its debut single titled ‘I Got the Wherewithal’, in 1997 and followed it with singles such as ‘A Pessimist is Never Disappointed’ and ‘I Know Enough’. The debut self-titled album was released in August 1998 and was an above-average success, making it to the 22nd spot in the UK Albums Chart.

However, the band began having internal issues right after the release of their debut album. The band’s second album was also rejected by the Mercury Records label, which led them to split up by the end of the 1990s. Most of the band-members went on having solo-careers, so did Sophie.

Before releasing her debut solo venture, she appeared in collaboration with bands such as Manic Street Preachers and Departure Lounge.

In 2000, she further associated with the Italian DJ Spiller, and provided vocals to his track ‘Groovejet’. The track turned out to be a major success and won many awards, including two at the Ericsson Muzik Awards. It also won The Record of the Year title, in anonymous voting by the UK public, along with making is way to the top of many UK charts.

The international success of the track had Sophie signing a record deal with the label Polydor and she began recording her debut solo album in 2000. Around the same time, in 2001, she was offered to play a key role in director Baz Luhrmann’s film ‘Moulin Rouge’. However, she denied the offer in favour of her music career. She also got American musician Moby to work with her on her album.

The album ‘Read My Lips’, which was an eccentric combination of 1970s disco movement and 1980s electronica, turned out to be a major success, making its way to the second spot in the UK albums chart. Four singles from the album made their way into the top 25 in several UK charts. Sophie won a nomination at the BRIT Award and in the same year, she won the Recording Artist of the Year award at the Showbusiness Awards. The album also won the Best Foreign Album award at the 2003 Hungarian Music Awards.

Her next two albums, ‘Shoot from the Hip’ and ‘Trip the Light Fantastic’, reached number 19 and number 7 respectively on the UK albums chart. Both the albums, under the Universal Group label, went on becoming international successes. In the mid-2000s, she was among the fastest-growing young musicians in the UK and was frequently invited to collaborate with bands such as Freemasons, The Saturdays and Girls Can’t Catch.

In 2011, she embarked on an international tour performing in cities such as Jakarta, Melbourne and Sydney. In addition to her own tracks, she also collaborated with many international musicians, such as French DJs Bob Sinclarand Mathieu Bouthier, on their tracks such as ‘Fuck with You’ and ‘Beautiful’.

By the early 2010s, as she had begun working on her fourth album, she launched her own music label. Around the same time, she revealed that she was working on her fifth studio album titled ‘Wanderlust’, which was released in January 2014 to instant success. The album reached the fourth spot in the UK Albums Chart and topped the UK Independent Albums Chart.

The lead single from the album titled ‘Young Blood’ reached the third spot on the UK Indie Chart. Sophie embarked on promotional tours for the album and performed at popular London venues such as Union Chapel and Bush Hall.

In September 2016, she released her next album titled ‘Familia’, which is a Spanish word for family. She got the inspiration for the album during her visit to Mexico. The album reached the twelfth spot in the UK Albums Chart and was a big success.

In 2019, she released another album, titled ‘The Song Diaries’, which was the orchestral re-recording of many of her previous hit singles.

She has also been the brand ambassador for the hosiery brand Pretty Polly and the cosmetics brand Rimmel.

During the COVID-19 pandemic in 2020, she began an Instagram live series titled Kitchen Disco’, where she was seen performing with her family. In the lockdown, she further began a weekly podcast titled ‘Spinning Plates with Sophie Ellis-Bextor’, wherein she was seen interviewing mothers. She further announced the release of her album ‘Songs from the Kitchen Disco’.

In 1996, she made her television debut in the TV series titled ‘Frontiers’ and since then, she has appeared on TV series’ such as ‘Psychobitches’ and ‘Game of Thrones’.

In 2013, she also participated in the celebrity dancing reality show titled ‘Strictly Come Dancing’, where she ended as a finalist. 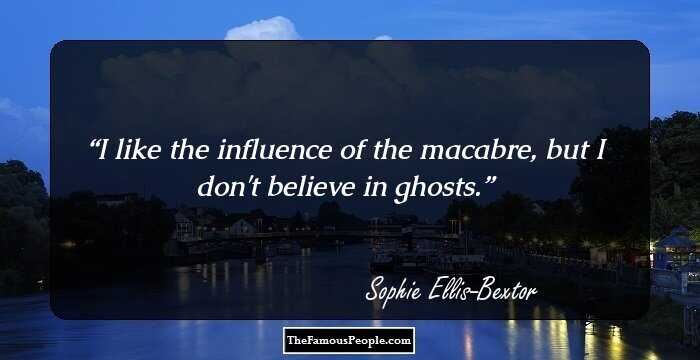 Sophie Ellis-Bextor met Richard Jones in 2003; he is the bassist for the English rock band The Feeling. The couple began dating immediately and got married in 2005. They have five children together.

Since the birth of her first child Sonny in 2004, Sophie has been focusing on her family life for the most part. She also took Sonny along with her on many of her national and international tours.

She is a staunch supporter of the LGBT rights and regularly appears in each year’s Pride Parades.