Chaim Topol is an Israeli actor who is best known for playing the character of ‘Tevye’, a dairyman, in the musical comedy-drama ‘Fiddler on the Roof’ over 3,500 times on stage and screens in his career. Topol, a man of many talents, is not only a great actor but also a singer, producer, comedian, voice artist, and illustrator. In his five-decade long acting career Topol has featured mainly as a theatrical artist and has delivered many memorable performances on the stage. During the 1960s and 1970s, he was very active in the film and television world and later shifted his focus towards the theatrical scene. However, he continued appearing in important roles in films and television shows well into the late 1990s. As an Israeli, he has achieved many feats in the international stage of the show business, including being the first ever Israeli to be nominated for the Academy Awards. Alongside his acting career, Topol served in the Israeli army where he used to perform with the Nahal entertainment troupe, and while still serving his nation in the army, he was nominated for an Academy Award for ‘Fiddler on the Roof’ in early 1972. Israeli People
Virgo Actors
Israeli Actors
Actors Who Are In Their 80s
Israeli Film & Theater Personalities
Childhood & Early Life
Chaim Topol was born in Tel Aviv (then Palestine), on September 9, 1935 to Jacob Topol, an immigrant from Russia, and Rel Topol, a seamstress. His father came to Palestine in the early 1930s and worked as a plasterer.
As a young boy, Topol had an ambition of becoming a commercial artist; however, his teachers at the elementary school spotted his theatrical talent and encouraged him to participate in school plays.
Continue Reading Below
You May Like

The Hottest Male Celebrities With The Best Abs
Career
Chaim Topol started working as a printer at the age of 14. He continued his high school education at night which he eventually completed at the age of 17. After graduating, he joined the Israeli Army where he became a part of the Nahal entertainment troupe. He toured extensively with the group, singing and acting. He was eventually made the troupe commander.
Topol was discharged from his military services in 1956 but was called back to serve in the Sinai Campaign. After the war ended he moved to Kibbutz Mishmar David to settle with his wife and work a garage mechanic.
He formed a theatre company with his friends from the Israeli army’s Nahal troupe and toured with them. Between 1960 and 1964, he was part of the ‘Batzal Yarok’, a satirical theatre company which also had other members like Zaharira Harifai, Arik Einstein, Uri Zohar, Nechama Hendel, and Oded Kotler. The group toured all over Israel and performed regularly.
While working with ‘Batzal Yarok’, Topol got his first break in the film industry and made his debut in 1961 in the film ‘I Like Mike’. A year later, he played the role of ‘Benny Sherman’ in Menahem Golan’s ‘El Dorado’. However, he had to wait till 1964 to land his first lead role in a film.
In 1964, he appeared in the Israeli comedy film ‘Sallah Shabati’ which was based on the chaos of Israeli immigration and resettlement. The film was a huge success and it won the Golden Globe Award for ‘Best Foreign Language Film.’ Topol rose to fame with his powerful performance in the film and eventually won the 1964 Golden Gate Award for the ‘Best Actor at the San Francisco International Film Festival and the 1965 Golden Globe Award for the ‘Most Promising Newcomer—Male’.
Chaim Topol’s English-language film debut came in 1966 when he was offered the role of ‘Abou Ibn Kaqden’ in the Colonel Mickey Marcus action biopic ‘Cast a Giant Shadow’.
Among the many roles he had played, it was the character of ‘Tevye’, the milkman, in the play ‘Fiddler on the Roof’ which made him an internationally popular actor. He first portrayed the character in 1966 and then proceeded to reprise this role thousands of time in the ensuing decades.
In his onscreen acting career, Topol has appeared in over 25 films and television shows altogether, including the likes of ‘Boys Will Never Believe It,’ ‘The Public Eye’, ‘The Best of Times’, ‘Galileo’, ‘For Your Eyes Only’, ‘The Winds of War’, ‘War and Remembrance’, and ‘Time Elevator’.
In addition to being an actor, Topol is also a talented illustrator who has illustrated around 25 books in both Hebrew and English. His is a writer as well; his autobiography ‘Topol by Topol’ was published in 1981. Other books by him include ‘To Life!’ (1994) and ‘Topol's Treasure of Jewish Humor, Wit and Wisdom’ (1995).
Continue Reading Below
Major Works
Chaim Topol first played the character of ‘Tevye’ the milkman in 1966, in the Israeli version of ‘Fiddler on the Roof’. He got the opportunity after the original actor Shmuel Rodensky, who was playing the character, fell ill. Topol was roped in to play it for ten months. After he made his mark in this stage production, he received several offers to play the same role in different versions of the play.
He played the role more than 400 times before the film version of ‘Fiddler on the Roof’ was released. Following the film’s release, he went on to portray the character over 2000 times across countries like United States, Canada, Europe, Japan, and Australia.
It was the portrayal of this character that helped Topol establish himself as a renowned actor in the global theatrical scene.
Awards & Achievements
In 1965, Chaim Topol won the ‘Most Promising Newcomer – Male’ award at the Golden Globe awards for his work in ‘Sallah Shabati’.
He was nominated for the ‘Best Actor in a Leading Role’ for ‘Fiddler on the Roof’ at the Academy Awards in 1972. The same year, he won the ‘Best Actor in a Motion Picture - Comedy or Musical’ at the Golden Globe awards for ‘Fiddler on the Roof’.
He won two more awards at the Sant Jordi Awards and David di Donatello Awards for his work in ‘Fiddler on the Roof’.
Personal Life
Chaim Topol married Galia Finkelstein in October 1956. The couple has three children, one son and two daughters. One of his daughters, Anat, acted alongside him in a 1995 production of ‘Fiddler on the Roof, playing the character of ‘Chava’.
Trivia
Topol is the first Israeli to earn a nomination at the Oscars.
He has performed the character of ‘Tevye’ over 3,500 times across the screen and stages.

See the events in life of Chaim Topol in Chronological Order 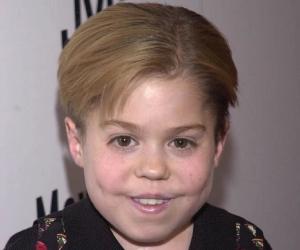 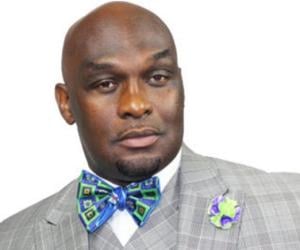