Nicholas Turturro is an American actor, who is famous for his critically acclaimed performances in cop-dramas on TV. Particularly, impressive have been his portrayals of Detective James Martinez in ‘NYPD Blue’ and Sergeant Anthony Renzulli in ‘Blue Bloods’. Some of his other top-rated TV appearances have been in series like ‘Law & Order’, ‘L.A. Law’, ‘Third Watch’, and ‘The King of Queens’. He has also enjoyed a successful career in movies. Some of Nicholas Turturro’s best-known movies are ‘Malcolm X’, ‘The Longest Yard’, ‘I Now Pronounce You Chuck and Larry’, ‘Paul Blart: Mall Cop 2’, and ‘BlacKkKlansman’. Besides his acting credits, he has also appeared as a guest ring announcer at ‘Wrestlemania IX’ for the main event of Diesel Vs. Shawn Michaels. If that wasn’t enough, he has also tried his hand in direction and production with movies like ‘The Deported’ and ‘Nick the Doorman’. Additionally, he has appeared on stage in plays like ‘The Resistible Rise of Arturo Ui’ and ‘Wild Goose’ etc.
Continue Reading Below 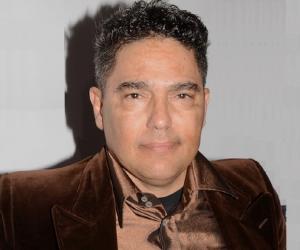 American People
New Yorkers Actors
Aquarius Actors
American Actors
Actors Who Are In Their 60s
Rise to Stardom
In 1983, Nicholas Turturro dropped out of University and started focusing on raising his family. He was a struggling actor and used to survive by working as a doorman at the ‘Manhattan’s St. Moritz Hotel’. However, his brother John, who is also an actor, inspired Nicholas to keep trying. He started studying acting at ‘St. Moritz’ when he was off-duty. In 1989, Spike Lee cast him as a policeman who shouted racial epithets in the movie ‘Do the Right Thing’. This was his first break, which opened doors to other movies like ‘Mo’ Better Blues’ (1990), ‘Men of Respect’ (1990), and ‘Jungle Fever’ (1991).
He made his TV debut with the movie ‘Dead and Alive: The Race for Gus Farace’ (1991) and the series ‘Law & Order’ (1992). Nicholas made his first major mark in Hollywood with his portrayal of a Boston cop in the movie ‘Malcolm X’ (1992). He then followed that up with a critically acclaimed performance as Big Al Brown in the TV series ‘The Young Indiana Jones Chronicles’ (1993). By this time Nicholas had created a niche for himself in playing dark, gritty, gangster-mob, or cop related characters. This served him well throughout his career.
Nicholas Turturro cemented his legacy as an actor when he landed the role of Detective James Martinez in the TV cop-drama series ‘NYPD Blue’ (1993 – 2000). It earned him two ‘Primetime Emmy Award’ nominations in 1994 and 1997 for ‘Outstanding Supporting Actor in a Drama Series’. He then portrayed Sammy 'The Bull’ Gravano, in the TV movie ‘Witness to the Mob’ (1998). He also lent his voice as Meleager in the Disney animated series ‘Hercules’ (1998).
Consequently, Nicholas Turturro appeared in a handful of movies and TV shows in the next few years. Notable among them were the movie ‘Purgatory Flats’ (2003) and the series ‘The Twilight Zone’ (2002) & ‘Tremors’ (2003). From 2003 – 2004 he had a recurring role in the series ‘Third Watch’. He continued on his upward trajectory by showcasing his comedic skills in hit comedy-movies, like ‘The Longest Yard’ (2005), ‘I Now Pronounce You Chuck & Larry’ (2007), and ‘Zookeeper’ in 2011. He also wrote, produced, and directed the TV movie ‘Nick the Doorman’ (2012), partly based on his own life experiences.
Nicholas Turturro landed his second biggest role to date when he was cast as Sergeant Anthony Renzulli in the cop-drama series ‘Blue Bloods’ (2010 – present). In 2015, he delivered one of his top-grossing movies, in ‘Paul Blart: Mall Cop 2’. His second major movie was the ‘Academy Award’ winning ‘BlacKkKlansman’ (2018). In 2019, he was seen in the recurring roles of Pedro Lopez de Luna / Piedro Lopez de Luna in the TV series ‘The Name of the Rose’. His forthcoming movie are ‘Shooting Heroin’ (2019) and ‘Escape from Death Block 13’ (2020).
You May Like

American Film & Theater Personalities
Aquarius Men
Continue Reading Below
Family & Personal Life
Nicholas Turturro was born on January 29, 1962, in Brooklyn, New York City, USA. His father was Nicholas Turturro, Sr. who was an Italian immigrant from Giovinazzo, Italy. He was a Navy serviceman who fought during D-Day. His mother, Katherine Florence Incerella also of Italian heritage was an amateur Jazz singer. She worked at the Navy Yard during World War II. He has two brothers, ‘Emmy’ winning actor, John Michael Turturro (born February 28, 1957), and musician Ralph Turturro (born 1957).
He attended several Catholic schools before eventually getting enrolled in ‘Adelphi University’s’ theatre program. He quit after two years, having grown tired of the pretentious productions.
He married Jami Biunno with whom he has a daughter Erica. The couple divorced in 1995. He met his second wife, flight attendant Lissa Espinosa on a flight and got married on August 3, 1996. The couple has a son Nicholas Turturro III and a daughter.