Amir Blumenfeld is an American actor, script writer and comedian of Jewish origin who moved to Los Angeles from Israel at the age of two. He is best known for his website ‘Jake and Amir’, which he developed with his friend, Jake Hurwitz, whom he met while doing his internship at CollegeHumor. The series has been listed among the ‘Top 100 Undiscovered Websites’ by PC Magazine and featured as one of the ‘15 Best Web-Only Shows’. It won the ‘Peoples Voice Award’ for ‘Comedy: Long Form or Series’ at the 14th Webby Awards and Blumenfeld won an individual award for ‘Best Performance’ at the event. He was also nominated for the ‘Streamy Awards’ for ‘Best Male Performance: Comedy’. Their spin off single 30 minute episode ‘Jake and Amir: Fired’ is the first project of CollegeHumor to be sold on DVD. The duo became famous and gave live performances in America and abroad. They also hosted various shows and delivered a lecture at the International Student Film Festival at Tel Aviv. Hurwitz and Blumenfeld appeared in the MTV show ‘Money from Strangers’ and went on to produce a comedy podcast called ‘If I Were You’. Besides the web, Blumenfeld has acted the films ‘The Old Man and the Seymour’ and ‘A Very Harold & Kumar 3D Christmas’. His television appearances include comedian Louis CK’s series called ‘Louie’ and MTV’s ‘I Just Want My Pants Back’. He is active on social media, with a large fan following and a comfortable bank balance. 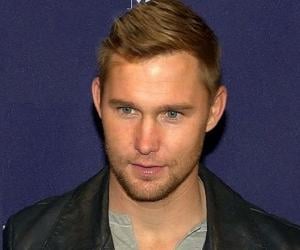 Israeli People
Israeli Men
University Of California, Berkeley
Male Comedians
Israeli Actors
Childhood & Early Life
Amir Shmuel Blumenfeld was born on January 18, 1983 in Afula, Israel to Jewish parents. He has two older brothers. His family migrated to Los Angeles, California, USA when he was two years old.
He came from a conservative background and attended Jewish kindergarten and elementary school. He went on to study in a private Jewish high school ‘Milken Community High School’. His parents wanted him to excel in his studies and sent him for mathematics and computer summer camps. He did a Bachelor of Science degree from Haas School of Business at the University of California, Berkeley.
Blumenfeld had a good sense of humour and natural flair for entertainment from his childhood. He wanted to go into advertisement and marketing, while writing comedy as a part-time occupation. He started writing articles for the comedy website ‘CollegeHumor’ when he was in the second year of his degree in the University of California.
He was influenced by the comedy television programmes like ‘The Simpsons’, ‘Seinfeld’ and ‘Saturday Night Live’ which he loved watching when he was young. These inspired him to choose to become a full-time comedian.
Continue Reading Below
You May Like

The Sexiest Men Of 2020, Ranked
Career
After college, Amir Blumenfeld did an internship with CollegeHumor and later went on to join them as a full time writer. His first project was to write a guide to the university education system with a touch of humour, called ‘The CollegeHumor Guide’. His work was appreciated by the institution.
Blumenfeld and Jake Hurwitz teamed up during their internship with CollegeHumor in 2006 and started making short original comedy videos of their own. Their first video called ‘Quick Characters’ went viral and motivated them to start a website titled ‘Jake and Amir’. Their humour was so good that their site got adopted by CollegeHumor who posted it on the net.
The duo made over 500 episodes of their serial where Jake plays a normal guy and Amir is his obsessive co-worker who is always in trouble doing the wrong things. The show went on to be adapted as a TV serial and had many guest artists to add value. The series was listed among the ‘Top 100 Undiscovered Websites’ by PC Magazine in 2008. It was also featured as one of the ‘15 Best Web-Only Shows’ by the magazine in 2011.
In October 2011, CollegeHumor released a 30 minute episode on DVD called ‘Jake and Amir: Fired’ which was their first project to be sold, other than on the net. It received wide viewing and made huge profits for the company.
The duo soon became famous and started giving live performances in cities across the USA, Canada and the UK. They also hosted various shows and even delivered a lecture at the International Student Film Festival at Tel Aviv. The experience of a live audience was most exhilarating for them.
Jake and Amir appeared in the MTV show ‘Money from Strangers’ and went on to produce a comedy podcast called ‘If I Were You’, where the duo take on questions from listeners and give some hilarious advice.
Following the success of ‘If I Were You’, their next step was to create a HeadGum podcasting network that included eleven podcasters, many of whom were from CollegeHumor. Their latest venture is a web series called ‘Lonely and Horny’.
Blumenfeld has also acted in a few films including ‘The Old Man and the Seymour’ which was chosen as a ‘Staff Pick’ on Vimeo and screened at the Austin Film Festival, Sacramento Film and Music Festival and the LA Short Film Fest. He also acted as Kumar Patel’s friend, Adrian, in the comedy film, ‘A Very Harold & Kumar 3D Christmas’.
His other television appearance include comedian Louis CK’s series called ‘Louie’ and the MTV show produced by Doug Liman called, ‘I Just Want My Pants Back’.
Continue Reading Below
He is active on social media with a large fan following.
Major Works
Blumenfeld is best known for his online videos which include ‘Jake and Amir’ (2007 - 20160, ‘Hardly Working’ (2007 – 2015), ‘CollegeHumor Originals’ (2010 – 2015), ‘Very Mary-Kate’ (2010) and ‘Lonely and Horny’ (2016).
He co-hosted the television show ‘Pranked’ and also appeared in ‘The CollegeHumor Show’ (2009), ‘Louie’ (2011), ‘I Just Want My Pants Back’ (2012) and ‘Money from Strangers’ (2012 – 2013).
He has acted in the movies ‘The Old Man and the Seymour’ (2009) and ‘A Very Harold & Kumar 3D Christmas’ (2011).
Awards & Achievements
The website ‘Jake and Amir’ won the ‘Peoples Voice Award’ for ‘Comedy: Long Form or Series’ at the 14th Webby Awards in 2010. Blumenfeld also won an individual award for ‘Best Performance’ at the event.
He was again nominated for the 2013 ‘Streamy Awards’ for ‘Best Male Performance: Comedy’ for his role in ‘Jake and Amir’.
Personal Life & Legacy
Amir describes himself as a not so religious Jew. He does not go to the synagogue every Sabbath nor does he follow the Kosher laws of the Jews. However, he can speak Hebrew and celebrates Jewish festivals with his family.
He is an enthusiastic basketball fan and supports the Los Angeles Lakers. Kobe Bryant and Nick Van Exel are his favourite players.
Amir is very different on and off camera. He has not shared details of his personal life on social media, which he considers private. As per reports, his current status is single and he has no plans to settle for a serious relationship in the near future.
Trivia
Blumenfeld writes for the ESPN Magazine as a freelancer and has contributed to the ESPN Guide to Psycho Fan Behaviour. He also has a column in the American digital print and e-commerce media company ‘Mental Floss’ called ‘The Curious Comedian’.
He was nicknamed Andy Bloom in school.

See the events in life of Amir Blumenfeld in Chronological Order 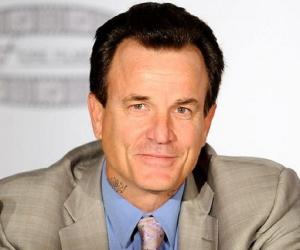