Advanced Search
Cassie Randolph is an American television personality, best known for taking part in the 23rd season of the popular dating and relationship reality television show ‘The Bachelor,’ which starred American football tight end and TV star Colton Underwood. At the end of the show, Randolph was acknowledged by Underwood as the winner of the competition. She made her TV debut in 2016 in the documentary television series ‘Young Once.’ Since her debut, Randolph has appeared on shows such as ‘The View,’ ‘Good Morning America,’ and ‘Entertainment Tonight.’ Unlike many other television personalities, Cassie Randolph has a career outside the entertainment industry as well. She is currently works as a speech assistant and is also working towards becoming a speech pathologist. Eden Wood
DID WE MISS SOMEONE?
CLICK HERE AND TELL US
WE'LL MAKE SURE
THEY'RE HERE A.S.A.P
Quick Facts

American People
Female Reality TV Stars
American Reality TV Personalities
Women Film & Theater Personalities
American Film & Theater Personalities
Childhood & Early Life
Cassie Randolph was born Cassandra Ann Randolph on April 27, 1995, in Huntington Beach, California, to Amy McCleary and Matt Randolph. She was raised in Huntington Beach and Walnut Creek along with her younger siblings, Michelle and Landon.
After graduating from ‘Berean Christian High School’ in Walnut Creek, California, Cassie Randolph went to ‘Biola University’ in La Mirada, California. She graduated from ‘Biola University’ in 2016, with a degree in communication sciences and disorders.
Randolph started her career at the ‘Huntington Beach Union High School District’ (HBUHSD) where she began working as a substitute ESL (English as a second language) teacher. Simultaneously, she also got enrolled at the ‘University of Wisconsin–Eau Claire’ to earn a master's degree in speech pathology.
Continue Reading Below
Career
Cassie Randolph made her TV debut in 2016 in the documentary series ‘Young Once.’ The series follows students studying at ‘Biola University,’ which enforces abstinence-only rules, as it is a conservative evangelical university. Randolph appeared in the series from 2016 to 2019, appearing in 13 episodes.
Meanwhile, in 2018, she was cast in the 23rd season of the popular dating and relationship reality television series ‘The Bachelor.’ The season starred former professional football player and TV personality Colton Underwood.
Randolph filmed for the season throughout fall 2018. On December 6, 2018, the famous commercial broadcast TV network ‘American Broadcasting Company’ (ABC) confirmed Cassie Randolph as one of the contestants on the show.
Randolph’s popularity increased after appearing in ‘The Bachelor.’ However, she quit the competition at the end of the season when she realized that she was not ready to get engaged to Colton Underwood. The episode in which Randolph decided to quit the competition was aired on March 4, 2019, and was heavily publicized by the media. Subsequently, she became a household name in the United States of America.
She rejoined the season when Colton Underwood announced that he would not propose to her. He also revealed that he had broken up with other contestants, such as Hannah Godwin and Tayshia Adams. On the episode aired on March 12, 2019, Underwood declared Randolph as the winner as she was the only remaining contestant of the season.
Apart from appearing in ‘The Bachelor,’ Cassie Randolph was also seen in several other popular television shows, such as ‘The View,’ ‘Good Morning America,’ ‘Entertainment Tonight,’ and ‘Live! with Kelly.’
Interestingly, Cassie Randolph has a career outside the entertainment industry. She currently works as a speech assistant and aspires to become a speech pathologist. With thousands of followers online, she has also established herself as a social media star.
Randolph’s official Instagram page, which is packed with interesting pictures and video clips, has more than a million followers. On Twitter, she has thousands of followers.
She also maintains a YouTube channel along with her sister Michelle Randolph. Created on March 5, 2019, their YouTube channel ‘Cassie & Michelle’ has thousands of views and subscribers.
Family & Personal Life
Cassie Randolph’s father, Matt Randolph, works as a chief executive officer (CEO) for a marketing agency. Her sister Michelle Randolph is a model and actress, currently signed to the popular modeling and talent agency ‘Wilhelmina Models.’ Michelle is best known for playing Blanca Snow in Kristin Fairweather-directed 2018 comedy drama film, ‘A Snow White Christmas.’ Cassie also has a younger brother named Landon Randolph.
Before joining the sets of ‘The Bachelor,’ Cassie Randolph was in a relationship with Caelan Tiongson. When she was filming for ‘The Bachelor,’ Caelan revealed on his social media page that he would love to restart his relationship with Randolph. However, Randolph moved on and is now friends with her ex-boyfriend Caelan.
While meeting Colton Underwood for the first time, Randolph gave him a box of fake butterflies to signify her nervousness. Underwood comforted her by telling that she need not be nervous about competing in ‘The Bachelor.’
Cassie Randolph and Colton Underwood continued being in a relationship even after the end of the 23rd season of ‘The Bachelor.’ They confirmed their relationship in March 2019, and were also seen attending a couple of public events together.
She has two pet cats - Maverick and Goose. She often features her cats on her Instagram page. She also features her family members and friends on her social media pages.
She loves traveling, shopping, and surfing. In fact, she worked at a surf shop during her high school days. While her favorite cuisine is Italian, Robert Pattinson is her favorite actor, and Jennifer Lawrence is her favorite actress. She currently lives in Huntington Beach, California, USA.

See the events in life of Cassie Randolph in Chronological Order 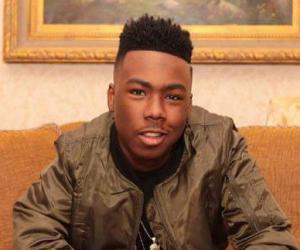